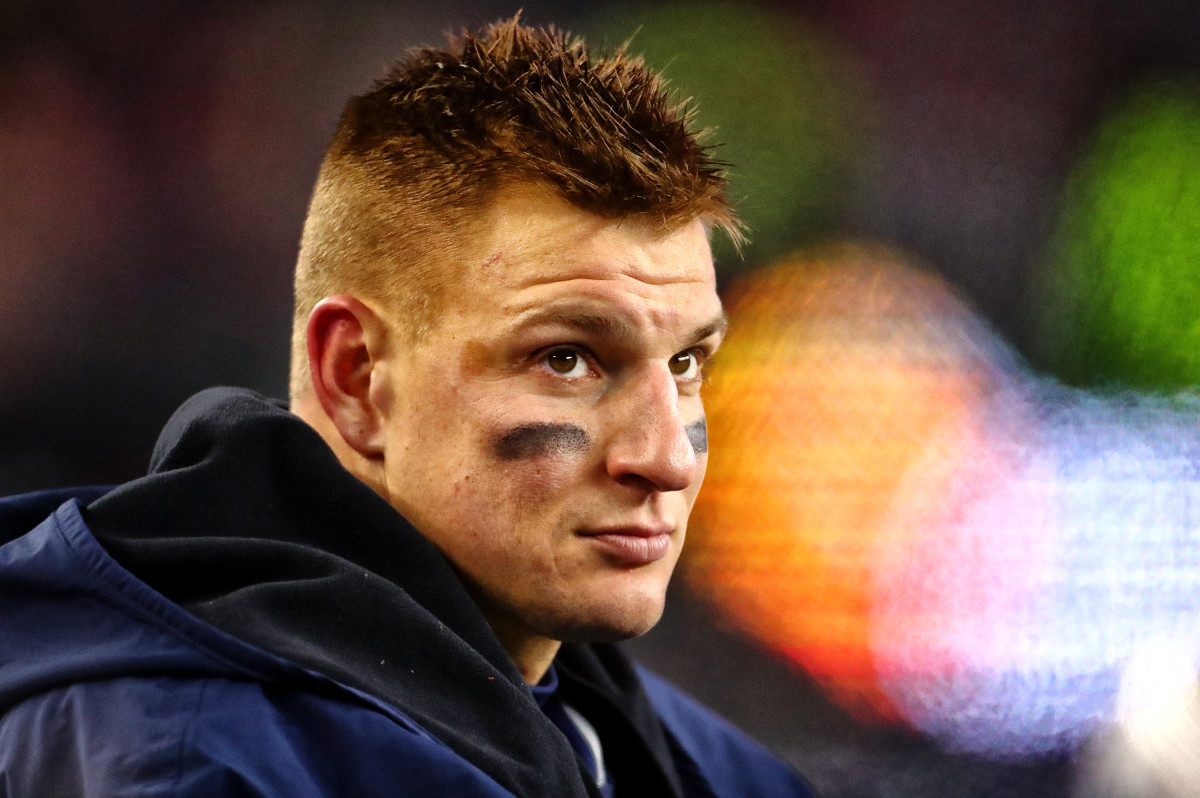 Rob Gronkowski is perhaps known as much for his silly personality as his football accomplishments, but by the time he retired last year, he had sealed his legacy as one of the greatest tight ends in NFL history.

Gronkowski, who battled multiple injuries during his nine seasons with the Patriots, announced his retirement at age 29 on March 24, 2019.

“It all started at 20 years old on stage at the NFL draft when my dream came true, and now here I am about to turn 30 in a few months with a decision I feel is the biggest of my life so far,” Gronkowski wrote in an Instagram post. “I will be retiring from the game of football today. I am so grateful for the opportunity that [Patriots owner Robert] Kraft and Coach [Bill] Belichick gave to me when drafting my silliness in 2010.

“My life experiences over the last 9 years have been amazing both on and off the field. The people I have met, the relationships I have built, the championships I have been apart of, I just want to thank the whole New England Patriots organization for every opportunity I have been giving and learning the great values of life that I can apply to mine.”

Gronk’s decision to retire was upsetting to Patriots fans but not all too surprising. He endured multiple injuries and surgeries on his back, ankle, forearm and knees during his time in the league.

The Patriots drafted Gronkowski as a second-round pick in 2010, and he quickly emerged as a top talent at tight end. In his first three seasons, he caught 38 touchdowns, including 17 in 2011.

Unfortunately, injuries sidelined him for 29 regular-season games throughout his career and also kept him out of the 2017 Super Bowl. As a member of the Patriots’ dynasty, Gronkowski won three championships, including the 2017 game, a comeback win over the Falcons. He played in four Super Bowls with the team, winning two of the games—against the Seahawks in 2015 and Rams in 2019—in which he played.

Gronk’s size and speed set him apart on the field, and his larger-than-life persona defined him off it. He has the fourth-most touchdowns of any tight end, finding the end zone 79 times in 115 games. He also crossed the 1,000-yard mark in four different seasons and retired with 521 receptions and 7,861 receiving yards.