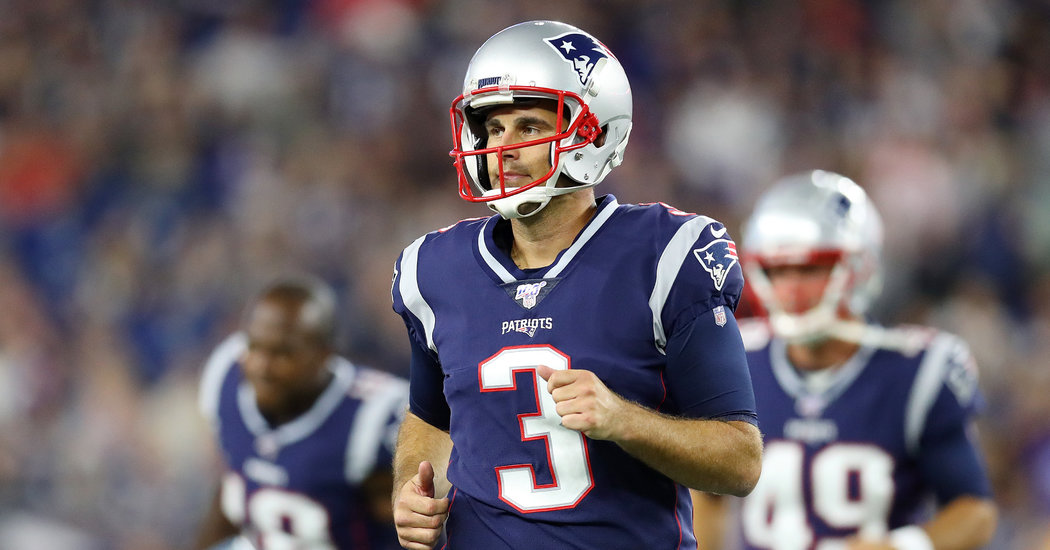 He was, according to his unsparing head coach, one of the best ever to play his position, and for more than a decade, game after game, season after season, the New England Patriots relied on him to — in their vernacular — do his job, and he did, about as well as anyone in N.F.L. history. In a morass of volatility, he was a paragon of consistency, and the Patriots, whether they realize it or not, will probably miss him now that he is gone.

They will also miss Tom Brady.

Aside from identifying its next quarterback, New England must unearth a new kicker after its Monday release of Stephen Gostkowski, who after 14 seasons leaves with three Super Bowl rings and the franchise’s scoring record. After Brady’s announcement that he would play elsewhere next season — he eventually signed with the Tampa Bay Buccaneers — Gostkowski lasted about a week as New England’s longest-tenured player.

The decision to cut him was not wholly unexpected. Gostkowski, 36, missed most of last season because of a hip injury, and in a turbulent off-season in which the Patriots’ calculating coach, Bill Belichick, has allowed Brady plus the linebackers Kyle Van Noy and Jamie Collins, among others, to exit in free agency, loyalty pales next to opportunity costs.

But it is a seismic loss, nonetheless, around New England, considering the Patriots’ remarkable stability at perhaps the most capricious position in the league. Extra points were flubbed, field goals shanked and jobs lost, but not in New England, where for most of the past 25 years the Patriots have employed just two kickers: Adam Vinatieri, who won three Super Bowls from 1996 to 2005 and, at 47, still plays for Indianapolis, and Gostkowski, who handled replacing a legend of a predecessor with aplomb.