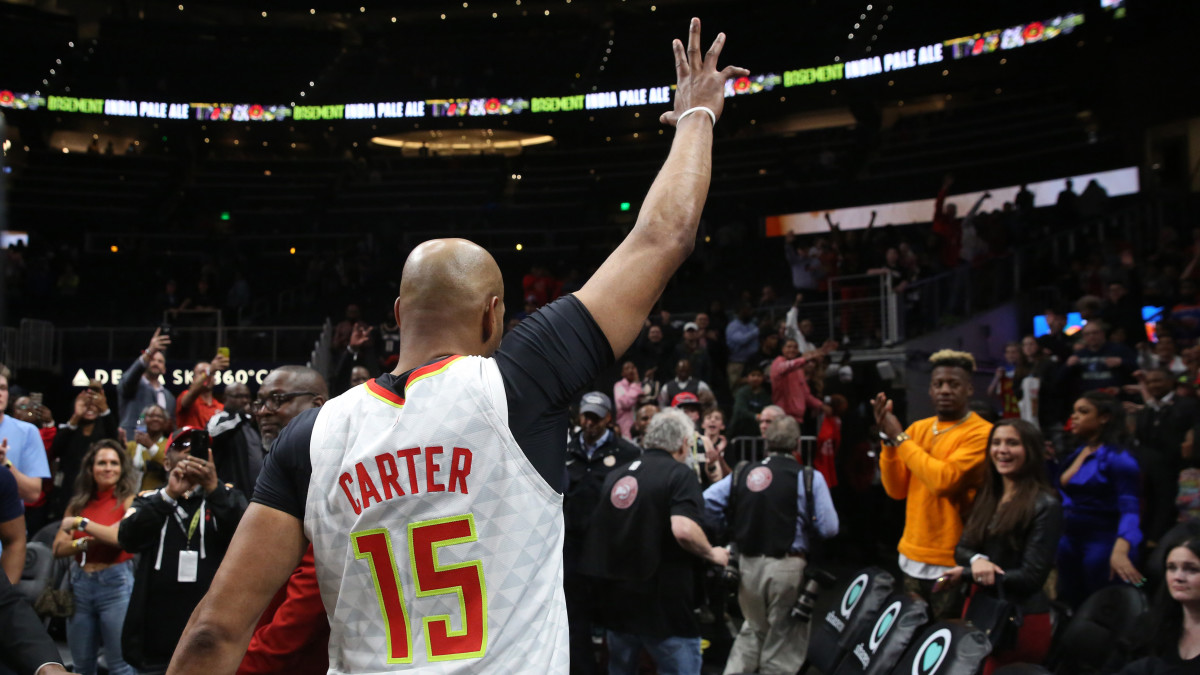 Editor’s note: The following is a transcript of Jon Wertheim’s Point After video atop this page.

In these extraordinary times, sports news has never been less frequent, less relevant and, yet, more welcome.

We’ll take any drips we can get. And then the firehose got turned on for a brief moment when news came that TB signed with TB…. Tom Brady would leave the Patriots to sign with Tampa Bay.

Buccaneers fans raced to buy tickets, in hopes of watching a 43-year-old quarterback. May they get their wish.

While—there seems to be a need to say this every time—they are not at the top of the list of figures we should pity at this time, let’s pause and spare a thought for the aging athlete.

You sacrifice and try to hack time, so you can savor your last dance, test your limits and depart with dignity. And then this. You are paused; time continues its march.

So who knows if Brady does make it back for take snaps at age 43?

Who knows if Vince Carter, like Brady, born in 1977, ever throws down another dunk in an NBA game?

For that matter, how does this impact the magical season of a certain 35-year-old basketball player in L.A.?

Does Roger Federer, age 38, play another tennis match? What about another 38-year-old, Serena Williams, who’s still one major short of the all-time record she’s pegged as her career goal?

Speaking of chasing majors, Tiger Woods won one last year at age 43. Does he even have an opportunity to contend for one in his 44 year?

And then there are the Olympics. Imagine if you possess what is literally one-in-a-billion skill. But your office were only opened once every four years. You funneled all your training and preparation into this event. But then you learn your office is closed down. See you in a year.

You are, say, Simone Biles, age 23 which in the dog years of gymnastics is practically geriatric.

There’s a reason why we stop the clock for free throws and incomplete passes and even mouthpieces that fall out. There’s something unfair about the action stopping but time continuing.

He’s undefeated, we say of Father Time. But twin him with Mother Nature and you have the cruelest of tag teams.