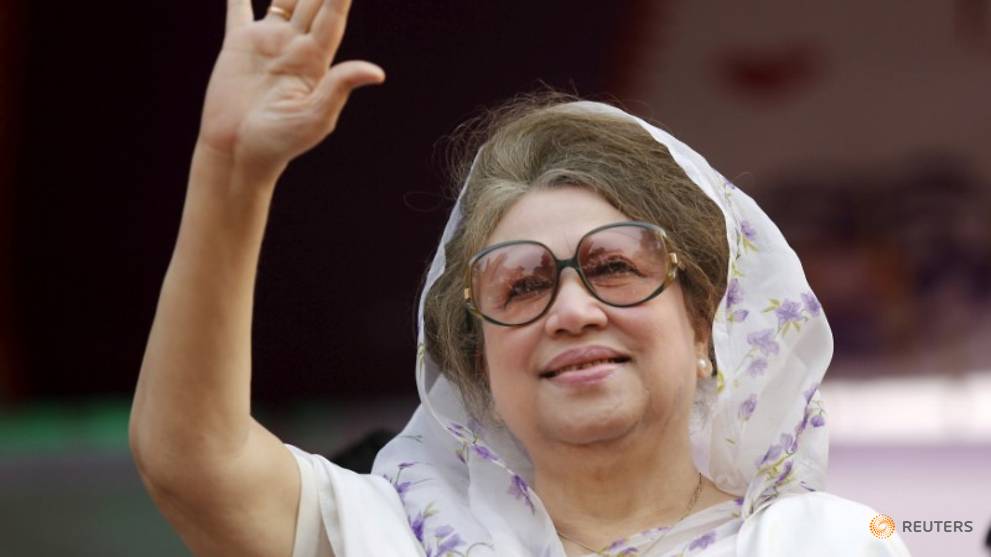 DHAKA: Bangladesh will suspend the jail sentence of its ailing former prime minister and opposition leader Khaleda Zia and release her for a period of six months, the nation’s law minister said on Tuesday (Mar 24).

“We have decided to release her on humanitarian grounds as per the instructions of the prime minister,” Law Minister Anisul Huq said at a media briefing. “She can receive treatment staying at her home, but she cannot go abroad.”

Khaleda, 74, who has twice been prime minister, has been in jail since she was convicted in a graft case in February 2018. Her health has been deteriorating for months and she was moved to a hospital in April last year.

The government decided to release Khaleda in response to appeals from her family, Huq said.

Khaleda, who shares a long-standing rivalry with incumbent Prime Minister Sheikh Hasina, was later convicted in a separate graft case following her initial conviction in early 2018.

Her Bangladesh Nationalist Party says the cases were fabricated and aimed at keeping her away from politics.

She has been unable to secure bail despite repeated appeals. In February, the High Court again rejected her bail plea.

Khaleda’s brother, Shamim Iskander, thanked the government for its decision of releasing her saying: “We’re very happy with the decision.”