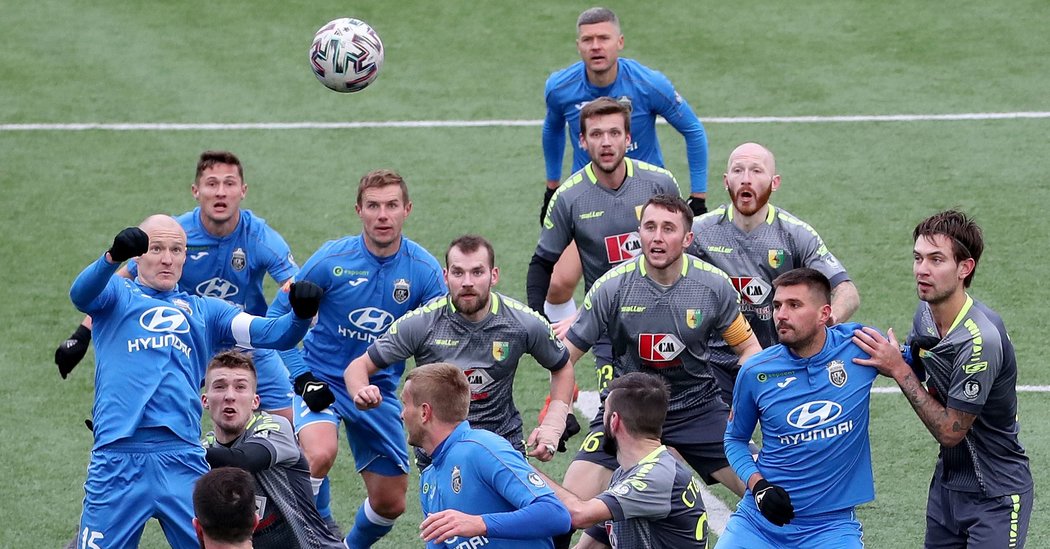 There were a handful of thermal-imaging cameras outside Dynamo Brest’s stadium on Friday, intended to pluck out and turn away anyone showing signs of fever. Both Brest and its opponent, Smolevichi, had been given hygiene advice: wash your hands with soap, avoid hugging. The Ministry of Health had decreed that the stadium must be disinfected twice a day.

Other than that, though, the opening game of the Belarusian Premier League season would go ahead as planned. It would be followed by a full slate of games on Saturday and Sunday. There would be no restrictions on fans coming to watch. Unlike everyone else, almost everywhere else, Belarus had decided just to play on.

As far as the country’s soccer authorities were concerned, there was no reason not to play. The A.B.F.F. — the governing body of the sport in Belarus — had seen the measures taken by other European leagues in light of the mounting coronavirus pandemic: first playing games behind closed doors, and then canceling or postponing leagues and competitions entirely.

It had concluded the decisions had little or no effect on preventing fans from gathering or the virus from spreading, and that the situation in Belarus did not warrant the cancellation of the new season.

“Is there a state of emergency declared in our country?” Vladimir Bazanov, the head of the A.B.F.F., said in an interview with the sports website Tribuna. “There is no critical condition, so they decided that we are starting the championship in a timely manner.”

That call has left Belarus as an outlier in European soccer. Every other league on the continent, and nearly all others around the world, have been placed on indefinite hiatus. As the scale and severity of the coronavirus pandemic has become clear, in fact, most sports in most countries across the world have done the same, shuttering their doors until it is safe — for players and for fans — to reconvene.

The response in Belarus, on the other hand, has been skeptical. While much of Europe remains in lockdown — entire cities deserted, whole populations instructed to stay at home, often under threat of arrest — Belarus has yet to implement any severe measures. Officially, it has recorded 81 coronavirus cases, though the government has claimed 22 of those have recovered.

Though the country’s president, Aleksandr Lukashenko — widely regarded as the last dictator in Europe — has advised citizens to observe social distancing protocols and not to visit anywhere that might be crowded, he has also suggested the virus is a “psychosis.”

“It is yet another psychosis, which will benefit some people and harm others,” he said last week. “I am absolutely convinced that panic can hurt us more than the virus itself. That’s what concerns me the most.” Lukashenko later suggested that coronavirus was “part of a plan to turn everything upside down,” and has variously named vodka, saunas and working on a farm as potential cures for it.

As he explained why Belarus chose to press ahead with its soccer season, Bazanov’s rhetoric echoed his president’s. “What is growing right now is some strange stuffing that affects people psychologically,” he said. “It is a bloated psychological situation.”

In public, the league’s players have acquiesced to the decision. Sergey Kislyak, a midfielder for Brest, said that “everything is quiet” among his teammates. “My mother works at a school; classes continue, as before,” he said. “Everything is fine.”

His teammate, Artem Milevsky, admitted to Arena Radio that though it is “strange” to be the only league playing in Europe, and though he is trying to have “less contact” with other people, it was ultimately not a decision for the players to make.

“We are paid to play,” he said. “The authorities are in control. Everything is open, everything works, you can eat everywhere.”

In private, though, things may be different. A poll released by Tribuna, the sports website, found that the majority of athletes were in favor of shutting down the league. The commentator Konstantin Genich described the idea of playing on as “desperate.”

Aleksandr Hleb, once of Barcelona and Arsenal and likely Belarus’s greatest player, called the lack of concern among both players and authorities “unbelievable,” though in an Instagram post he later watered down his comments.

“Since the Presidential Administration does not see the real need to quarantine the country, the situation is under control,” Hleb wrote. “If there is a real threat to the health of the players, the health of the audience, I’m sure the matches will stop.”

Hleb has taken his family into self-isolation as a precaution. Some fans, evidently, feel the same way. Attendances for the first weekend of the season were around half of what they were last year, though that still meant almost 4,000 people turning up to watch Brest, the defending champion, play its first game.

“The attitude toward coronavirus as a whole is still rather frivolous,” said Maksim Berazinski, the chief executive of Tribuna in Belarus and Ukraine. “This is partly due to the fact that the official authorities have not yet closed borders, schools, universities, and are trying in every way possible to downplay the significance of the problem.

“Many people continue to go to soccer, and are very actively speaking out against the idea of closing the tournament. For our part, as the media, we insist that the necessary measure now is to suspend the championships. The risk to which we expose people is not justified at the moment.”

There is, as yet, no sign of a change of policy. On Tuesday, an A.B.F.F. spokesman, Alexander Aleinik, confirmed that the next round of games would go ahead. As things stand, fans will still be allowed to attend. The rest of the world has stopped, for as long as is required. But Belarus, all alone, plays on.