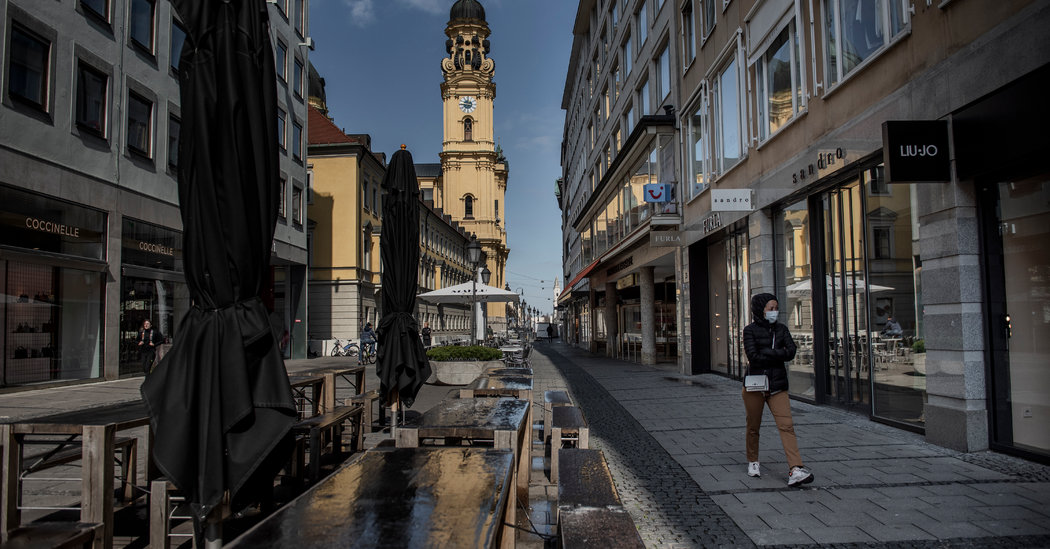 In a Queens apartment, a laid-off busboy has no idea if he will make next month’s rent or feed his family. An out-of-work waitress in Amsterdam, though, can count on the government to cover 90 percent of her wages. As a Malaysian florist anxiously burns through her savings, cafe owners in Brussels receive about $4,300 to make up for lost revenue.

Weeks of layoffs and lockdowns have made clear that poor and working-class people will bear a disproportionate share of the pain from the coronavirus pandemic. In cities around the world, work has stopped. Bills have not. And no end is in sight. But the first wave of government rescue packages has exposed another reality: The pain will depend largely on where people live.

The disparity reflects not only the world’s differing safety nets, but also the contrasting views of a government’s role in a crisis. Should it pump cash into the economy? Bail out businesses? Replace lost income for workers? Those questions are at the heart of a protracted debate over a nearly $2 trillion rescue package being negotiated in Washington.

“I don’t know what I’m going to do. Oh my God,” said Jose Luis Candia, 34, who lost his two jobs busing tables at high-end Manhattan restaurants. His wife gave birth to their third daughter a month ago. Friends have donated money for groceries. He does not know how he will pay rent or what will happen if he cannot.

Half a world away, in Copenhagen, workers in Mr. Cadia’s situation face a different reality. The Danish government has promised to cover 75 percent to 90 percent of salaries if businesses do not lay off their employees. Better to pay to keep people employed than to pay for the disruption caused by mass layoffs and unemployment, the government has said.

“I live from paycheck to paycheck,” said Sebastian Lassen, 25, a coffee shop manager in Copenhagen. He feared the uncertainty, he added, but never considered that the government would allow so many workers to fall into poverty. “We didn’t come to the thought that, ‘OK, maybe we’ll be on the street.’” he said.

The Netherlands will pay up to 90 percent of wages for companies hit hard by the pandemic, with extra provisions being developed for restaurants. “Everybody here believes that the government will take responsibility for the situation, and I believe that too,” said Athina Ainali, a 25-year-old waitress for one of Amsterdam’s many shuttered restaurants.

Washington is divided over how to dole out recovery aid. Proposals have included one-time $1,200 payments. The biggest chunk of money, about $425 billion, is set aside for central bankers to use largely as they see fit. Economists say they expect that will include buying corporate debt and stabilizing financial markets. Democrats say the proposals do not do enough to expand unemployment benefits, provide food assistance or relieve student debt.

What distinguishes the United States from other countries “is not the nature of the bailouts. It’s the underlying structure,” said Carol Graham, a senior fellow at the Brookings Institution who studies safety nets. “People are more vulnerable from the get-go, even in normal times. You throw a shock like this at the system? It’s about as bad as it could get.”

American workers face extra anxiety over medical costs. The United States, unlike most of the developed world, does not guarantee health care.

While countries like Denmark have famously robust safety nets, even the Conservative government in Britain has, after years of austerity, adopted a similar approach. “For the first time in our history, the government is going to step in and pay people’s wages,” the British chancellor of the Exchequer, Rishi Sunak, said last week. The plan, which is still being developed, will pay up to about $2,900 a month to workers who have lost hours but are not laid off.

The center-right government in Germany will spend more than $40 billion to help small businesses cover basic needs to stay afloat during the crisis. That is in addition to a program aimed at larger companies, called “kurzarbeit,” or “short-time working,” that covers lost wages for employees who are sent home, to avoid laying them off. Economists expect about two million workers to receive aid under the program, more than during the financial crisis a decade ago.

“We have a security net, and people don’t fall below the security net,” said Dierk Hirschel, the chief economist of ver.di, one of Germany’s largest trade unions. “But people are going to lose income, and in a traumatic way.”

The German development bank, KfW, has promised an all-but-unlimited supply of business loans. “There will be no upper limits for the amount of credit that the KfW can give out,” Peter Altmaier, the minister of the economy, said.

Even with the rush to save jobs, uncertainty remains. Britain’s plan may come too late for workers who have already been laid off. If they cannot find jobs soon, they will most likely fall into the nation’s welfare system, which can pay as little as $300 a month. “I do not know where to go from here,” said Delphine Thomas, 20, who was laid off from a movie theater in Liverpool.

South Korea’s employee-retention program covers 70 percent of wages or more, and the government recently loosened the rules to make more businesses eligible. But part-time workers, contractors and the self-employed receive fewer protections. Some may be eligible for one-time cash payments. Labor advocates want those workers to have the same benefits as full-time employees.

Business owners, too, face uneven support depending on the country. Elias Calcoen and his partner opened a cafe in Brussels eight months ago. It has been closed for more than a week, but the city’s government is offering small businesses immediate $4,300 payments, plus $1,300 a month in federal aid for displaced self-employed workers.

“We have no kids, we are in good health and the Belgian government is not leaving us by ourselves,” Mr. Calcoen said. “There are many people who are in a much worse position.”

Brenda James-Leong, a florist in the Malaysian capital, Kuala Lumpur, says she has been burning through savings while her store is closed. The Malaysian government has offered monthly assistance to the unemployed and lump payments to workers in certain sectors. “If the government is doing anything for small businesses like mine, it has not been communicated as of now,” she said.

Such apprehension is common, even in countries with generous aid programs. Ursula Waltemath, who owns Restaurant Brace in Copenhagen with her husband, has converted from fine dining to takeout. With schools closed, their 3-year-old daughter shadows them everywhere. At this rate, she figures they can survive three months, even with the government paying a portion of salaries.

“It sounds amazing, and it is, to have this help,” she said. “But even 25 percent of all employee salaries, and rent and basic expenses, is a fortune if you have zero income.”