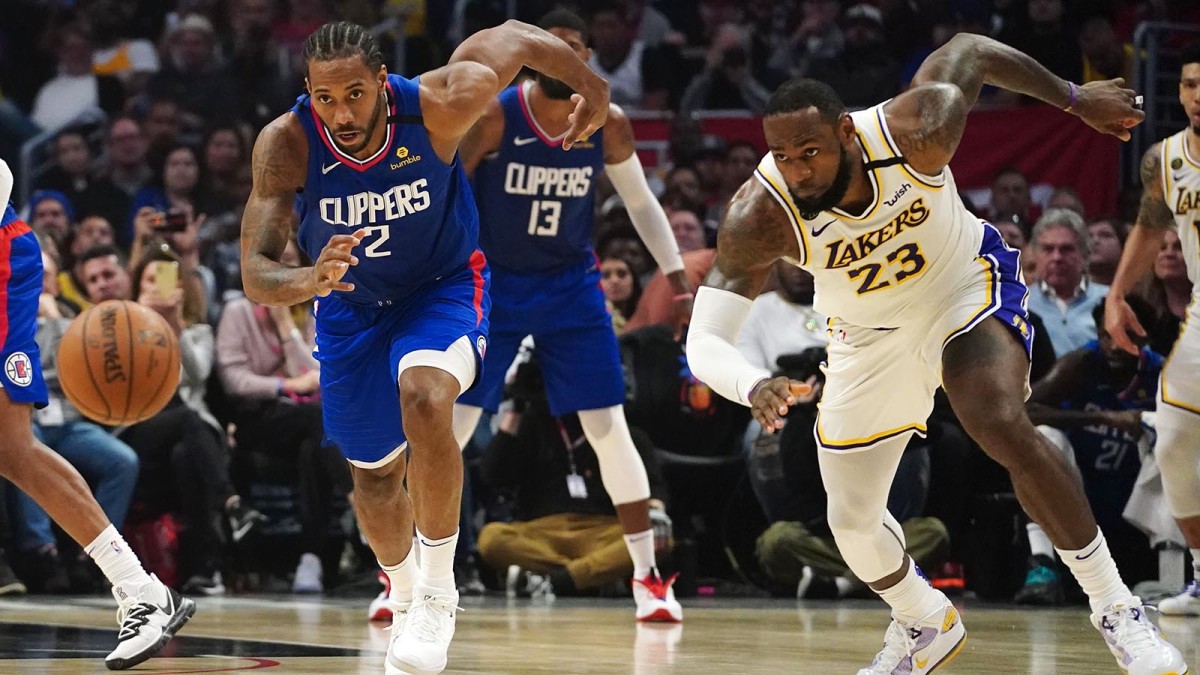 The NBA’s indefinite hiatus isn’t ending anytime soon, but the league reportedly remains hopeful that the season will be able to resume at some point in the summer. And when it does, we may see one of the stranger conclusions to a season in recent memory. Older stars will come back after months of rest, injured players have time to heal, and coaches have nothing but time on their hands to devise a new scheme. The extended layoff could lead to a thrilling postseason.

So how will the rest of the year play out when games resume? We at The Crossover imagined five (semi) plausible scenarios.

LeBron James is playing some of the best basketball of his career at 35-years-old, and the benefits of his early end to 2018-19 have been easy to see. James joined Los Angeles following eight straight Finals appearances, compiling a string of late playoff runs unseen since Bill Russell. James looked a step slower in his first year with the Lakers; the fatigue began to show. An abbreviated regular season and no playoffs allowed James to rest up and get his body right. The early exit has paid significant dividends.

The three-time Finals MVP didn’t really show signs of slowing down through early March, but an extra three months can only help James recover and recuperate in his time away from the floor. James is a fitness freak. He’s among the most dedicated athletes of all time. Don’t expect James to show the same rust as other players when games return. If The King is at full strength, he’s in great position to seize his fourth ring this summer. The GOAT conversation could become a lot more interesting after 2019-20.

LeBron cruising to the Western Conference crown would represent a continuation of the status quo. The Sixers reaching the Finals would be a true shock. Let us make the case.

Philadelphia entered the season as a trendy Finals pick, trailing only Milwaukee as the conference favorite among the NBA intelligentsia. It’s been a disastrous season since. Brett Brown’s crew has been terrible on the road. The same offensive issues that reared their ugly head in the 2019 playoffs continued to linger. Things went from bad to worse in recent weeks as both Joel Embiid and Ben Simmons exited the lineup. Longshot was a charitable way to describe Philly’s title chances.

The league’s hiatus could flip the script on Philadelphia’s season. Both Embiid and Simmons will be healthy by the time games resume, and perhaps more importantly, Simmons could do some soul searching and join the 21st century as an offensive player. The Sixers’ defense remains suffocating. No team has a counter for Joel Embiid at his best. Perhaps Philadelphia can string together three strong series en route to an unlikely Finals appearance.

Could Golden State go from the West cellar to the postseason in 2020? They’ll need some serious help. If the season resumes as scheduled, the Warriors have no chance. They have the NBA’s worst record, currently 17 games behind the Grizzlies for the No. 8 seed (imagine writing that sentence a year ago). So how could Golden State sniff the postseason? Adam Silver could pitch in.

The NBA is reportedly examining a string of potential changes when the league returns, including a postseason play-in tournament. The latter could give Golden State a fighting chance. The play-in tournament may expand only through the No. 10 seed in each conference, but it’s not out of the question for all teams to be allowed in. The move could be a ratings bonanza for Silver and Co. Perhaps the Warriors could make a historic run.

Steph Curry is back healthy. Draymond Green is getting some much-needed rest. Maybe Klay Thompson can make an early return. This is a bit of a pie-in-the-sky idea, but without games being played, we might as well dream. Come on commissioner, let Steph Curry try to shoot his way into the playoffs.

4. Giannis and the Bucks Roll to a Title

The last idea was straight out of a Joe Lacob fever dream, so let’s track back to reality for a moment. The Bucks have been the best team in basketball through 60 games. Giannis Antetokounmpo could very well win MVP and Defensive Player of the Year. Jon Horst has tailored a roster that fits Mike Budenholzer’s system like a glove, and Milwaukee feels far more prepared for a late playoff run this season compared to 2019.

There seems to still be a looming skepticism surrounding Antetokounmpo and Co. That isn’t completely unwarranted (paging Eric Bledsoe) but still, there’s little doubt that the Bucks are the Eastern Conference’s best team. Antetokounmpo has made significant strides with his jumper in 12 months. Khris Middleton is in the midst of a terrific season, and he torched Boston in the 2018 playoffs. The resumed portion of the season won’t necessarily deviate from what we’ve seen thus far. If 2019-20 continues as usual, Antetokounmpo’s first Finals is on the immediate horizon.

5. Zion Steals Rookie of the Year

The Rookie of the Year race isn’t exactly close right now through 60 games. Ja Morant has been downright terrific in his first season out of Murray State, and Zion Williamson has only logged 19 games. Could the Duke product close the gap? It’s a longshot, but not impossible.

There are a pair of conditions necessary for Williamson to win Rookie of the Year. For one, the NBA will need to play a full regular season. Then, the Pelicans will need to make the playoffs. New Orleans sits 3.5 games behind the Grizzlies for No. 8 in the Western Conference, a difficult–but not insurmountable–deficit with 18 games to play. The Pelicans won 12 of their last 18 games before the coronavirus suspension. Brandon Ingram was playing at an All-Star level, and the Jrue Holiday-Lonzo Ball backcourt has proved to be quite imposing. The playoffs are in no way out of reach. It may not be fair, but if the Pelicans overtake the Grizzlies, Williamson could very well steal the Rookie of the Year award.