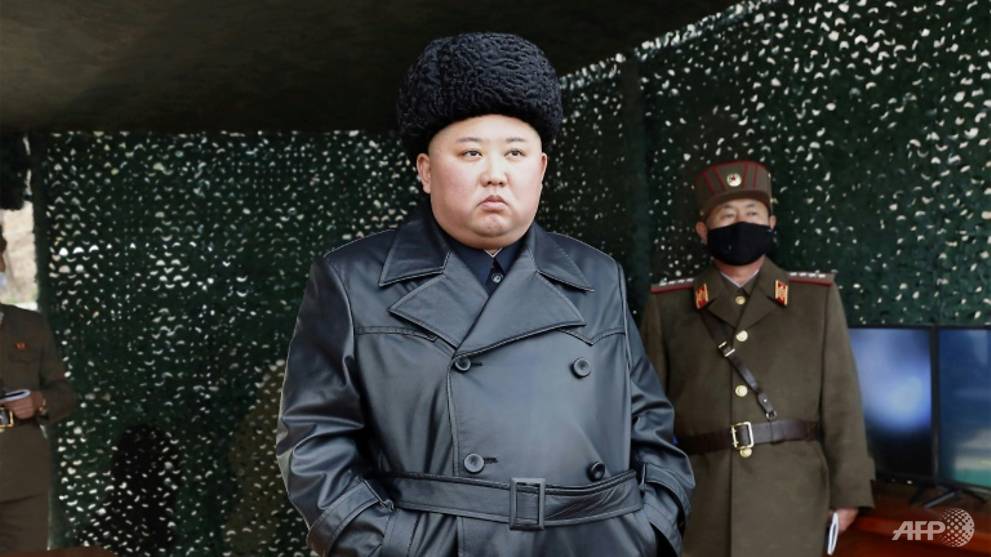 Earlier this month, the nuclear-armed North carried out similar launches on two occasions – Pyongyang said they had conducted “long-range artillery” drills, but the Japanese coast guard said that the projectiles – which appeared to be ballistic missiles – landed outside Japan’s exclusive economic zone waters.

North Korea announced it will hold in April a session of the Supreme People’s Assembly, its rubber-stamp legislature, in Pyongyang, which analysts had said would involve gathering almost 700 of the country’s leaders in one spot as the coronavirus spreads worldwide.

“If it goes ahead, it would be the ultimate show of (North Korea’s) confidence in managing the coronavirus situation,” Rachel Minyoung Lee, of the North Korea monitoring website NK News, said on Twitter this week.

North Korea has not reported any confirmed cases of the new coronavirus that was first detected in China late last year, though a top US military official said last week he is “fairly certain” there were infections in North Korea.

Commentary: The perfect storm for a COVID-19 outbreak lies in North Korea

The latest launch comes as a prolonged hiatus in disarmament talks with the United States drags on.

The North has been continuing to refine its weapons capabilities, analysts say, more than a year after a summit between its leader Kim Jong Un and US President Donald Trump broke down in Hanoi.

Pyongyang is under multiple sets of United Nations, US and other sanctions over its weapons programmes.

The North carried out a series of weapons trials late last year, the last of them in November, which it often described as multiple launch rocket systems, although others called them ballistic missiles.

It also conducted static engine tests, most recently in December.

Pyongyang set Washington a unilateral deadline of the end of 2019 to offer fresh concessions on sanctions relief, and at a party meeting in late December, Kim declared the North no longer considered itself bound by its moratoriums on nuclear and intercontinental ballistic missile tests.

Heightened tensions in 2017 were followed by two years of nuclear diplomacy between Pyongyang and Washington, including three meetings between Kim and Trump, but little tangible progress was made.