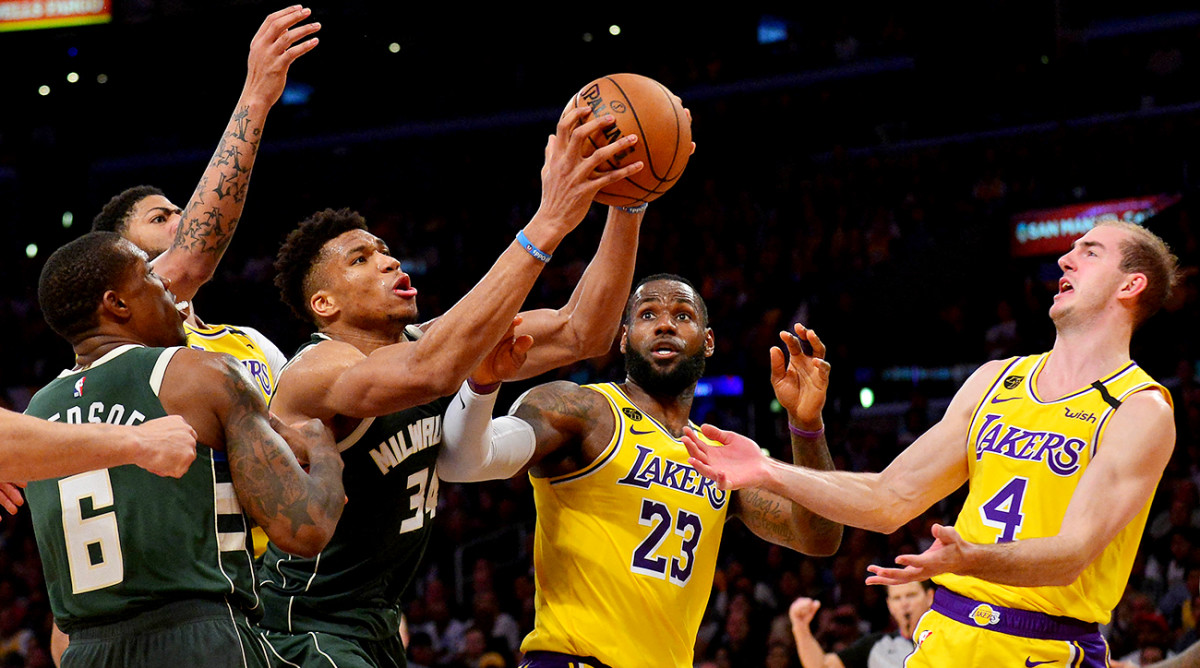 There will be many hurdles for the NBA and other leagues to resume play once the coronavirus pandemic is under control. One challenge will be the leagues’ capacity to test players, coaches and referees in as close to real-time as possible to ensure they’re not infected. Current tests for COVID-19 take at least a day, and often several days, for results to become known. For instance, Boston Celtics guard Marcus Smart waited five days between the day of his test and the day he learned he was infected.

In sports, a multi-day delay presents the risk that a player, coach or referee who learns that he or she tested negative may have become infected after the test occurred—and may have unknowingly infected others, too.

This concern seems particularly worrisome for team-based sports. Basketball, football, baseball, hockey and soccer all involve players in close proximity with one another; in most of those sports, regular and direct physical contact is part of the game. In addition, several of the pro athletes who have been identified as infected express feeling fine and are asymptomatic. It’s thought that players’ young age and peak physical condition improve their odds to defeat the virus. That’s good news for them, but not so much for those around them. Infected people who are asymptomatic are more contagious than was originally assumed.

On Saturday, the possibility of real-time COVID-19 testing became much more possible.

Cepheid, a molecular diagnostics company based in California, announced it had received emergency use authorization from the U.S. Food and Drug Administration for a diagnostic test that takes only 45 minutes to determine if a person is infected with COVID-19. The test is called “Xpert Xpress SARS-CoV-2” and it assesses if a person has SARS-CoV-2, the technical name for the virus that causes COVID-19. The test is also conducted at the point-of-care, meaning on the spot and not requiring that samples be sent to a lab for analysis. According to Cepheid, the tests will begin to be shipped next week.

The FDA’s decision to grant emergency use authorization is legally significant. FDA commissioner Stephen Hahn is authorized under section 564 of the Federal Food, Drug, and Cosmetic Act to permit unapproved medical products, including newly designed medical tests, as well as unapproved uses of approved medical products to be used in an emergency to diagnose a life-threatening disease. The requisite emergency condition was likely satisfied on March 13, when President Donald Trump proclaimed a national emergency on account of the outbreak of COVID-19.

The prospect of COVID-19 tests that indicate a result in 45 minutes could save lives, boost public health and restore the public’s confidence. With such results, health care providers could supply much more timely treatment to the infected, who in turn would be quarantined and less likely to infect others. Respirators and other crucial medical equipment to treat the infected could become more efficiently allocated, too. If all goes well, Xpert Xpress could be a real game-changer.

It’s unknown how accurate Xpert Xpress will prove to be. It’s also unknown how quickly the test will be made available to private businesses, like sports leagues, or the health care testing companies with whom they conduct business. Cepheid states that Xpert Xpress can rely on the company’s “GeneXpert Systems,” which are “automated systems that do not require users to have specialty training to perform testing—they are capable of running 24/7.” Cepheid has 23,000 of these systems, about 5,000 of which are in the United States. As described, Cepheid, the tests and the automated systems that run them are relatively straightforward to use and administrate.

While not nearly as important as the promise of saving lives and preventing infections, Xpert Xpress also offers the promise of helping to restore pro sports competitions. The prospect that players, coaches and referees could be tested before same-day practices and same-day games would increase the feasibility of resuming practices and games. To be sure, leagues might elect to play games without live audiences until COVID-19 testing becomes more available to the general population or until a vaccine is approved and distributed. Yet even without fans present, resuming games in safe environments for players, coaches and referees would provide a big financial boost to the U.S. sports industry and psychological lift to many sports fans. It would also help the country return to some semblance of normalcy, with sports back on TV.

Any improvements to testing of NBA players and other pro athletes could nonetheless spark controversy. Criticisms have been raised of NBA players who are asymptomatic being tested while many Americans who exhibit worrisome symptoms lack access to tests. The accompanying inference is that because NBA players are wealthy and privileged, they have moved ahead of the line for vital healthcare services.

NBA commissioner Adam Silver has pushed back against this narrative on two grounds. First, public health officials—meaning government officers, not NBA executives—were the first to order that NBA players be tested. This occurred in the aftermath of Utah Jazz center Rudy Gobert testing positive on Mar. 11. Second, NBA players are considered “super spreaders” in that they are young people who tend to be asymptomatic, who work in close proximity to one another and who often travel and appear in large groups. The NBA has been advised by a group of experts led by former U.S. Surgeon General Vivek Murthy, M.D., and noted infectious disease expert David Ho, M.D., of Columbia University that the testing of NBA players advances the interests of public health.

The ability to test players in real-time would be merely one piece of a puzzle before games could return. For one, the NBA and National Basketball Players’ Association, just like other leagues and their respective players’ unions, would need to agree on COVID-19 testing policies. Such agreement is necessary for leagues with unionized players as collective bargaining agreements cover wages, hours and other working conditions, including medical testing. In addition, many states and municipalities have adopted gathering restrictions that in some instances would prevent NBA games even without fans present. The hope is that such restrictions will become unnecessary as the pandemic eases and as economic activity resumes.