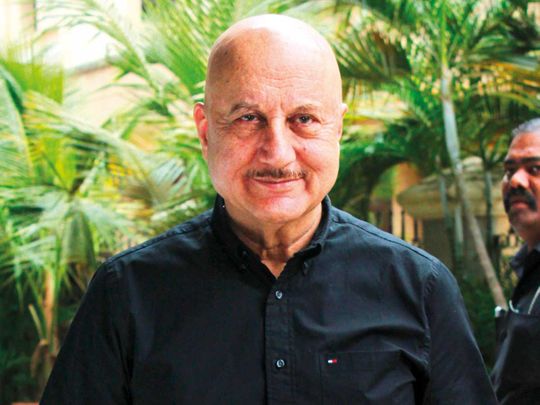 New Delhi: Veteran actor Anupam Kher who returned from New York to Mumbai after four months on Friday, decided to keep himself in self-isolation as a precautionary measure amid the coronavirus pandemic.

The 65-year-old actor who is quite active on social media took to Instagram and shared the face-time video he had with his mother. He has decided not to meet her for a few days.

In the video, his mother is initially seen getting angry at him for not meeting her despite being in India, but later understands his stance.

“Mom facetime: As a precaution, I decided not to visit Mom after coming back from NY. So face-timed her instead. initially, she got angry but soon understood the importance of social distance. In this case mother-son distance. Both of us felt bad. Par kya kare? Aajkal ke mahol me yeh zaroori hai. But #DulariiRocks…Always,” the caption read.

Earlier on Friday, the actor took to Instagram to update fans and followers about his journey to India.

In the video, he gave a detailed view of the activities happening inside the Mumbai airport and lauded the authorities for their responsible acts with ‘strictness and cleanliness’.

“The kind of arrangements, the kind of strictness that is followed, whether you are a known person or not, is really amazing,” he said.

Self-isolation is adopted by many as a precautionary measure to help check the spread of COVID-19.