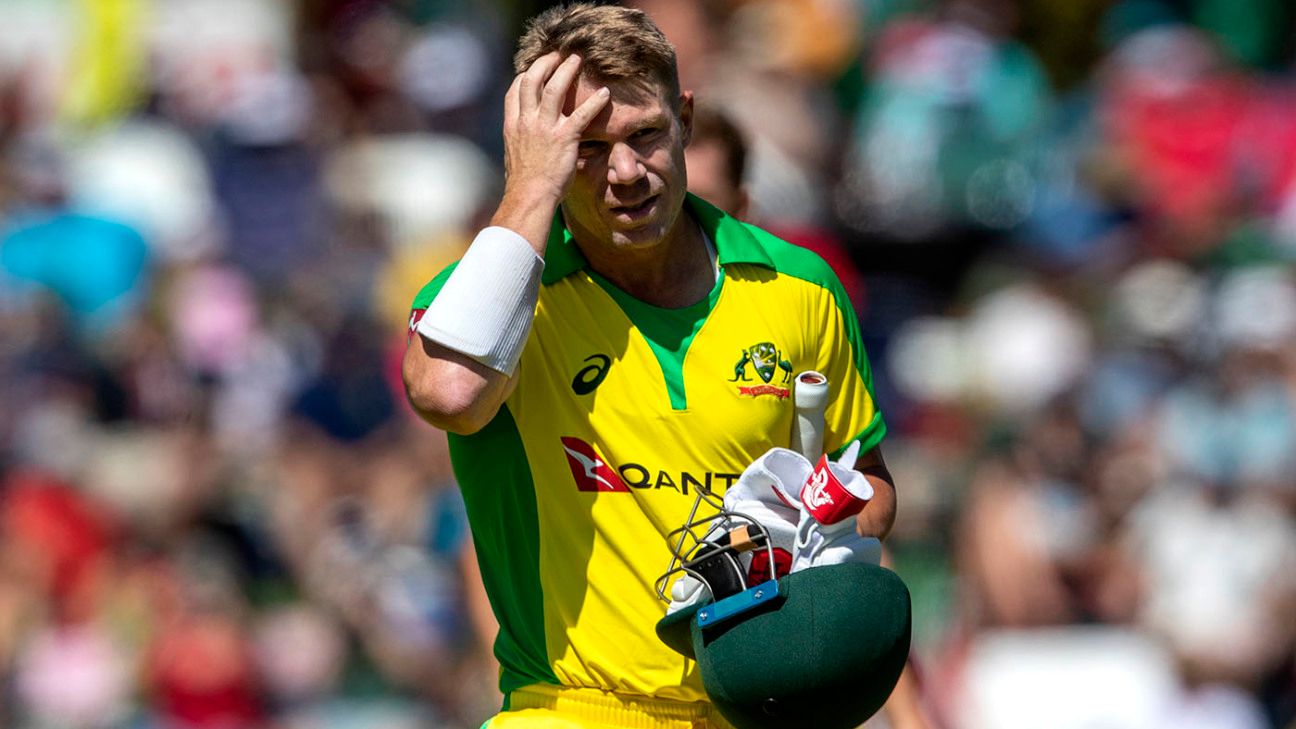 David Warner has withdrawn his name from the inaugural edition of the Hundred citing “family and personal reasons”, ESPNcricinfo understands. The tournament is also set to clash in part with Australia’s three-match ODI series against Zimbabwe, which is included in the ODI League that will serve as a qualification pathway to the 2023 ODI World Cup in India.

Australia were originally scheduled to host Zimbabwe in June, but Cricket Australia’s revised dates of early August will overlap with the Hundred, which is supposed to run from July 17 to August 15 – although there remains a great deal of uncertainty surrounding the English season due to the COVID-19 (novel coronavirus) pandemic. James Erskine, Warner’s manager, confirmed on Friday that the opener’s decision to pull out had nothing to do with the outbreak.

Warner had been due to be a part of the Southampton-based Southern Brave side, which had picked him at the maximum fee of £125,000 during the draft last October. Warner’s fellow Australia international Marcus Stoinis is understood to have been lined up as a replacement.

Aaron Finch, Glenn Maxwell, Steven Smith and Mitchell Starc are some of the other Australians who signed up for the Hundred, while Andrew McDonald was roped in as the coach of Birmingham Phoenix.

As reported by ESPNcricinfo, the ECB could prioritise the Hundred and the T20 Blast to salvage something from the 2020 season, which is set to be curtailed by the coronavirus threat. Several rounds of talks between counties, players and broadcasters have resulted in a raft of recommendations that will be discussed by the ECB board on Friday. If those discussions proceed without complication, the ECB will make an announcement within the coming days.

Warner will play IPL if it’s on

As for the IPL, which has been pushed back to April 15 because of the concerns around COVID-19, Warner’s manager James Erskine was quoted by The Age as saying, “If the IPL is on David Warner’s planning on going. If things change dramatically, which can happen in the space of an hour, the answer is you change your mind. It’s no different to everybody else.”

Warner is among the highest-paid Australians in the IPL, and a mainstay of the set-up at Sunrisers Hyderabad, who he led to the title in 2016.