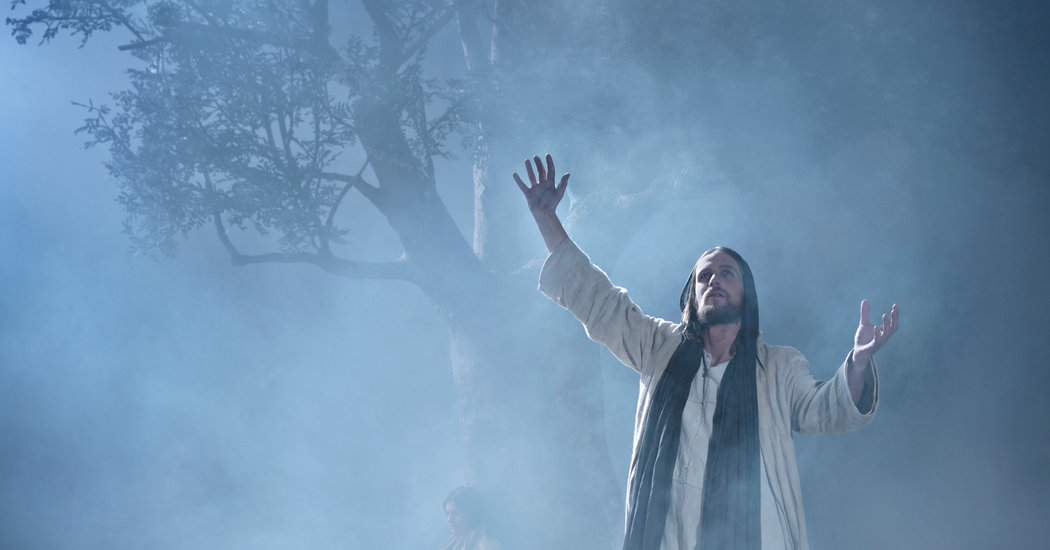 In 1633, as the plague swept Europe, the villagers of Oberammergau prayed to God. They promised to perform the story of Jesus’s Passion — his life, death and resurrection — every 10 years, as long as God spared them from the horrors of the disease.

Since then, the people of Oberammergau, in what is now Germany, have largely kept up their end of the bargain.

But, on Thursday, the organizers of the play — which has a cast of some 2,500 and can feature 900 people onstage at once — announced they were canceling this year’s edition, because of the coronavirus pandemic.

The first of the 103 daylong performances had been scheduled for May 16. The production will be delayed until 2022, the organizers said in a statement.

Germany is on lockdown because of the virus, with large gatherings banned. On Wednesday, Chancellor Angela Merkel used a televised address to plead with people to obey restrictions and self-isolate.

Each performance of the Passion Play would have been watched by around 4,500 people, many of whom would have traveled to Germany especially for the event. Organizers said in the statement that the decision was taken with the local health authorities, who decided that, even if Germany’s restrictions on large-scale gatherings were lifted by May, there would still be “a high risk of recurrent infections over a long period of time.”

“At this stage, it can be clearly predicted that an event on the scale of the Passion Play is not feasible,” the health department of Garmisch-Partenkirchen, the local authority, said in the statement. “The risk is too high that new chains of infection will develop,” it added.

This is not the first time an edition of the Passion Play has been canceled. In 1770, Elector Maximilian III, then Duke of Bavaria, banned all passion plays, as part of a drive against extravagance.

Eight years later, a new ruler exempted Oberammergau from the ban, after it was “cleansed of all unsuitable improprieties,” according to the Passion Play’s website. After a thorough review, the villagers were given the go-ahead to stage the play in 1780.

The 1920 edition was canceled because the village lost many musicians and actors in World War I, although the villagers voted to stage it again in 1922. In 1940, during World War II, the play was canceled entirely. Organizers began preparing for a 1947 edition, but this was called off over concerns about feeding and accommodating so many visitors during a period of postwar reconstruction.

The cancellation is only the latest major European cultural event to fall victim to the pandemic this week. On Wednesday, the Eurovision Song Contest was canceled, as was the Glastonbury Music Festival.