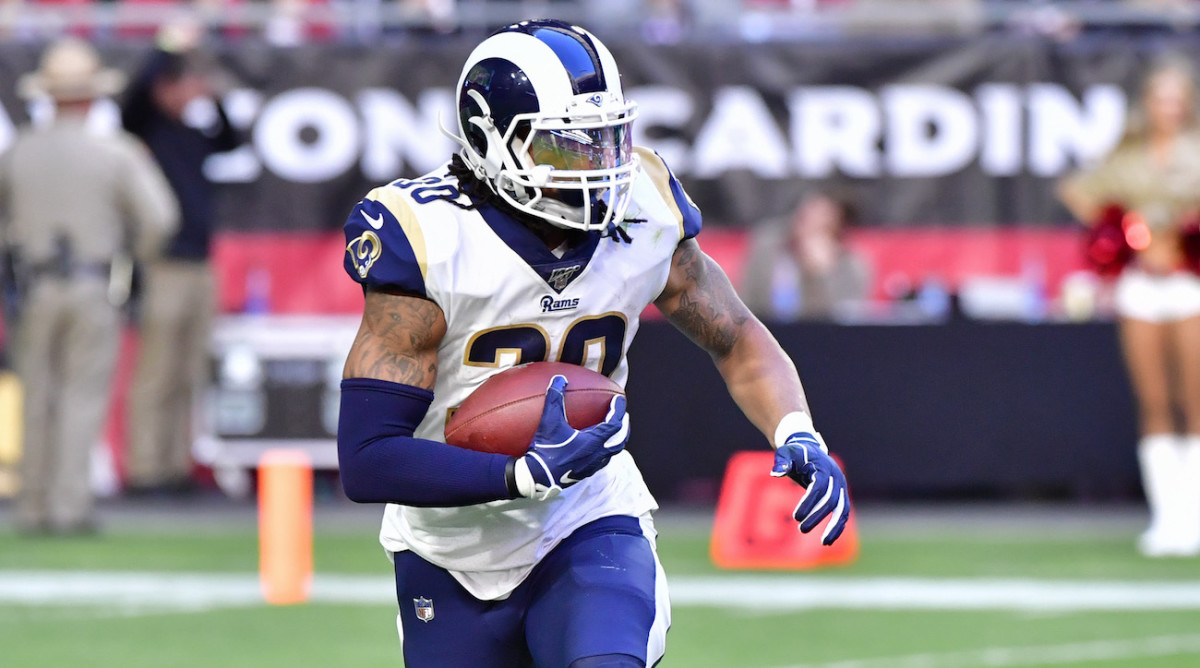 It’s amazing how quickly things change in the NFL. Star running back Todd Gurley is no longer a member of the Los Angeles Rams after the team released him on Thursday to avoid $10.5 million of contract guarantees.

This is just another chapter in an ever-growing book of highly-paid running backs leaving the teams that signed them, either via trade or release.

So now both Gurley and Melvin Gordon, each former top-five fantasy picks, are free agents and there are not as many suitors as one would think. However, there are a few destinations that rank above all others in terms of fantasy value, specifically for Gurley.

Let’s look at the three favorites to be landing spots for the 25-year-old, ranked by positive fantasy football impact.

The former Georgia Bulldog would be a great fit in Atlanta following the release of Devonta Freeman. Sure, there’s the obvious college connection to the area, but the playing time opportunity is the biggest factor for fantasy football purposes.

There is no starting running back in Atlanta right now. It’s hard to imagine the Falcons going into the 2020 season with Brian Hill, Ito Smith and Qadree Ollison as their top backs. Gurley could step in right away and get as many carries as he, and his arthritic knee, can handle. Plus, there’s no one standing in the way of goal line work. There are still plenty of weapons to propel that offense (Matt Ryan, Julio Jones, Calvin Ridley, etc.), so Gurley should have plenty of red zone opportunities only a couple years removed from a 21-touchdown season.

The Falcons had the fifth-best offense in the NFL last season in terms of yards. They averaged more yards per game (379.7) than the Rams did in 2017 (361.5), when Gurley finished as the No. 1 overall fantasy RB.

Health is going to be a concern anywhere he goes, but no place offers a better chance for success and consistent carries than Atlanta.

The Buccaneers are the trendy choice for bettors and social media pontificators. However, I’m not certain they’re anything more than just a decent fit for Gurley. Sure, their offense was really strong last season and they just added Tom Brady to replace Jameis Winston. But is Gurley going to be the full-time starter there?

The Bucs haven’t completely given up on Ronald Jones yet. Jones is expected to be a two-down back who’s spelled by a strong pass-blocking and pass-catching back. Even if they decide to pony up the money to sign Gurley, I can’t see him being a true three-down back for Tampa Bay even if healthy. His usage near the goal line for an offense this good is extremely valuable, but his overall carries may be limited.

The Dolphins have money to spend and haven’t been shy to throw it around this offseason. However, they just brought in Jordan Howard on a multi-year deal and I can’t see them relegating him to the bench for Gurley. Meaning, if Gurley also joins the team he’ll be stuck in a timeshare. That’s not the end of the world, but again, that’s not ideal for fantasy managers.

Miami’s offense is improving but isn’t as good as Atlanta’s or Tampa Bay’s. So you can essentially take most of the Tampa Bay section and apply it here in a worse offense. Plus, the Bucs are more likely to move on from Jones in-season than the Dolphins will be with Howard.

Other teams with odds to land Gurley include the Houston Texans (who just traded their star wide receiver for David Johnson), Buffalo Bills (who have Devin Singletary) and the Detroit Lions (who have Kerryon Johnson). The Lions are the best playing time fit of that group, while the Texans would be the best overall fit if you believe David Johnson is washed.

Gurley was the No. 1 overall running back in total points in 2017 and the No. 1 in average fantasy points per game in 2018. He finished as the RB14 in both categories last season and will likely be drafted as an RB2 no matter his 2020 destination.