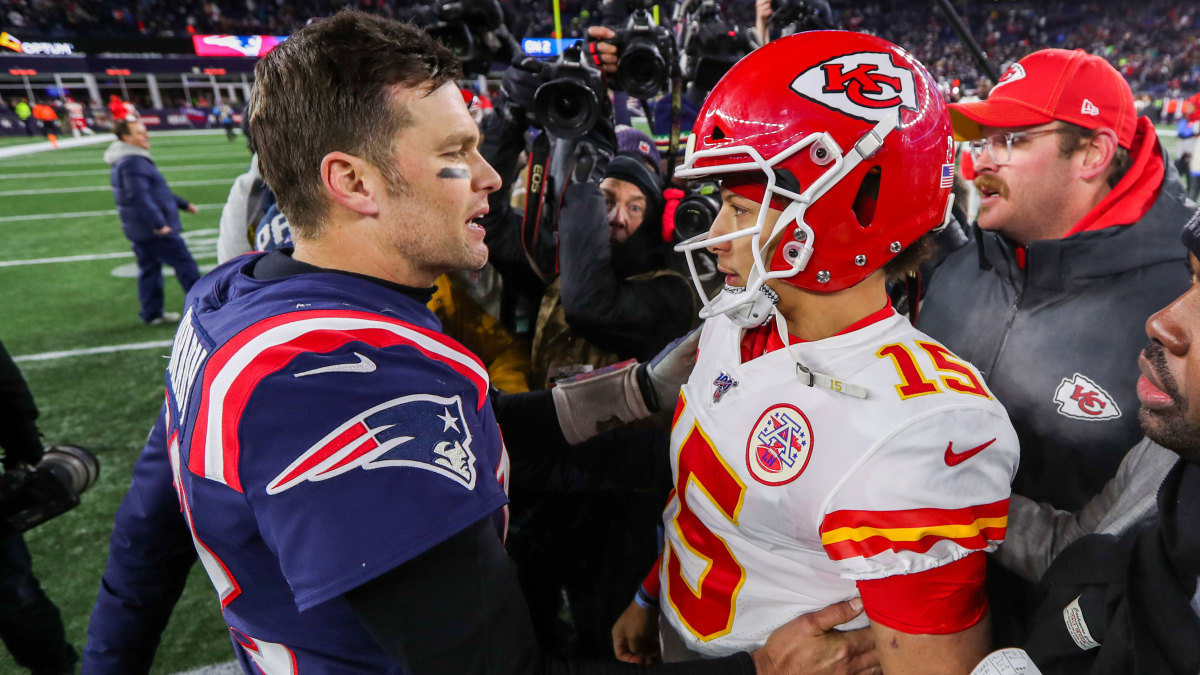 The dates for each game haven’t been released yet, but we know Tampa Bay’s opponents for the season, including his NFC South divisional opponents, whom he’ll face twice: the Saints, Falcons and Panthers.

As of Thursday afternoon, Tom Brady hasn’t officially joined the Buccaneers. But that won’t stop us from looking ahead. Here are the most intriguing 2020 opponents for the six-time Super Bowl winner and his new team.

13. Minnesota Vikings (home): This game is last in this ranking because there isn’t anything particularly intriguing about it.

12. Carolina Panthers (home/away): With Cam Newton expected to be traded, this game loses a lot of the story lines that would’ve been there with a Newton-Brady matchup.

11. Denver Broncos (away): As a Patriot, Brady had several memorable games against Denver, including two defeats in conference championships. This edition won’t pit him against Peyton Manning, unlike those two conference title games, but Tom Brady playing at Mile High always feels special.

10. Los Angeles Chargers (home): The Chargers were rumored to be very interested in Brady, especially after cutting ties with Phillip Rivers. If the Chargers had real home fans, this could’ve been a hostile environment for Brady. Instead, Brady will have a chance to stick it to the Chargers twice: once for snubbing them and once for beating them.

9. Las Vegas Raiders (away): All games played in Sin City this season will have a special feel.

8. Los Angeles Rams (home): When you’ve been to nine Super Bowls, you’re bound to have a few title-game rematches on your schedule. Brady has beaten the Rams in two Super Bowls, and just one since the team moved to Los Angeles: Super Bowl LIII, an uninspiring 13–3 win for New England.

7. Detroit Lions (away): Lions head coach Matt Patricia spent 14 seasons as a Patriots assistant coach, including six as New England’s defensive coordinator. Will he know the secret to stopping Brady or will Brady know what to expect from Patricia’s defense, which features several former Patriots?

6. Chicago Bears (away): With the Bears trading for Nick Foles, we’ll now be treated to a Foles-Brady rematch of Super Bowl LII, when Foles got the best of Brady in a 41–33 Eagles win.

5. Atlanta Falcons (home/away): It will be fun to see how Falcons fans respond to Brady after he helped erase a 28-3 deficit against Atlanta in Super Bowl LI.

4. New York Giants (away): Brady faces the team that has been a thorn in his side over the years, especially on the biggest stage. If the Giants hadn’t beat the Patriots in two Super Bowls, the future Hall of Famer would own eight Super Bowl rings.

3. Green Bay Packers (home): Aaron Rodgers, at 36, is a spring chicken compared to Brady and Brees. No matter their ages, a Rodgers vs. Brady showdown is always enticing.

2. New Orleans Saints (home): The combined age of the two quarterbacks in this game will be 84 years old when Brady faces off against 41-year-old Drew Brees.

1. Kansas City Chiefs (home): The over/under on this one might hit 80. There isn’t a more entertaining team in the NFL to watch than the defending Super Bowl champions. Add in Tom Brady with better weapons than he’s had in ages and you will have a frantic shootout from start to finish.