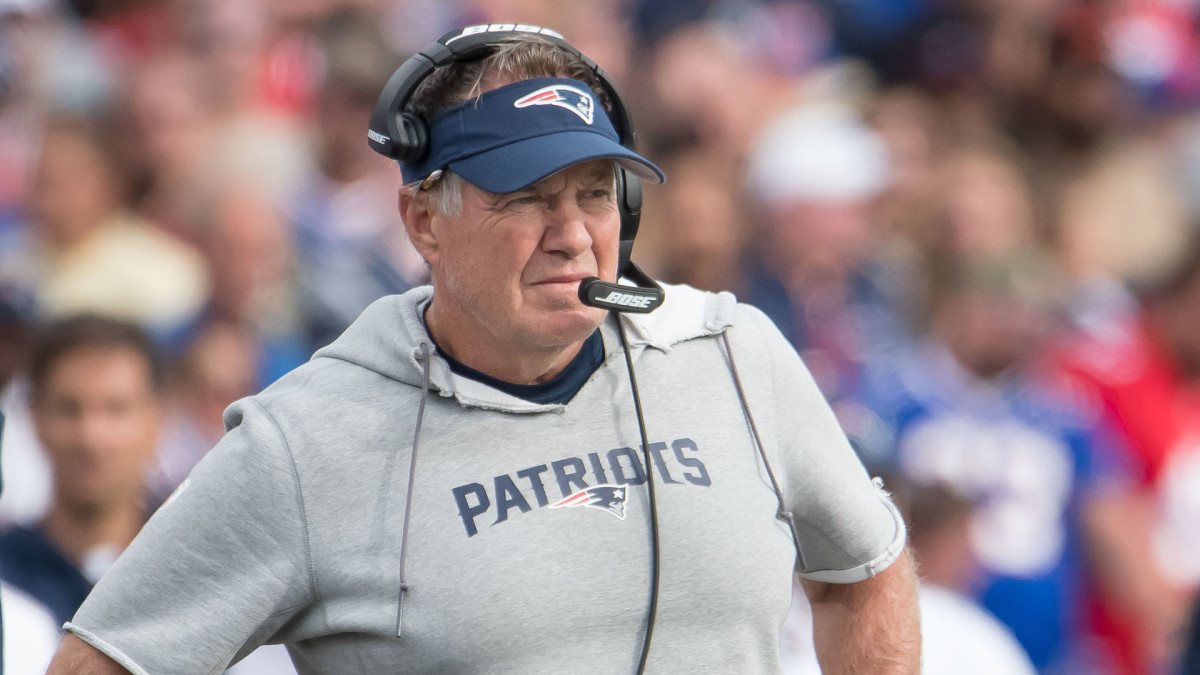 The free agent quarterback dominoes are falling, and with that, the draft picture is becoming a lot clearer. There are four quarterbacks who seem to be definite first round picks (Joe Burrow, Tua Tagovailoa, Justin Herbert and Jordan Love), with the possibility of up to six going Round 1, but with so many veteran quarterbacks on the move, there may not even be four teams who choose to use a first-round pick on a QB this year.

As it stands now, Tom Brady, Phillip Rivers, Teddy Bridgewater, Nick Foles and Marcus Mariota all have new teams. Ryan Tannehill and Drew Brees are locked down. Jameis Winston is still available, Cam Newton will be traded or released, and Andy Dalton could be a trade target. (And don’t forget, the Broncos are looking to release Joe Flacco by the end of the week). So let’s check in with the draft in the midst of free agency and see which teams still need a quarterback in the short-term or the long-term.

HIGHLY LIKELY TO DRAFT A QB

CINCINNATI
First-Round Pick: 1st overall
Quarterbacks on Roster: Andy Dalton, Ryan Finley, Jacob Dolegala
Nothing to see here. The Bengals are still very much in need of a quarterback and still linked to LSU’s Joe Burrow. The Bears and Bengals were reported to be in discussions about a possible trade for Andy Dalton during the combine. New England, now firmly in the QB hunt, could be another destination for Dalton, who is in the last year of his contract with the Bengals and due $17.5 million in base salary this season.

MIAMI
First-Round Picks: 5th, 18th, 26th
Quarterbacks on Roster: Ryan Fitzpatrick, Josh Rosen, Jake Rudock
The Dolphins have all the necessary draft capital to move up from 5 to take their quarterback, if they’re buying the hype that Washington might want Tua Tagovailoa, and Tagovailoa is indeed their guy.

LOS ANGELES CHARGERS
First-Round Pick: 6th
Quarterbacks on Roster: Tyrod Taylor, Easton Stick
NFL Network’s Ian Rapoport reported that the Chargers made an offer to Brady. Picking at 6, they are in prime position to draft Oregon quarterback Justin Herbert (if the Dolphins don’t). The 6′ 6″ Herbert has done everything right in the pre-draft process: Senior Bowl MVP, an impressive combine workout and a pro day workout where he showed off a flat-footed 62-yard pass.

IF THE RIGHT PROSPECT IS AVAILABLE

NEW ENGLAND
First-Round Pick: 23rd
Quarterbacks on Roster: Jarrett Stidham, Cody Kessler
Stidham could be Brady’s long-term successor, but he hasn’t had the game experience to prove it yet. It’s possible a quarterback could fall to the Patriots, either Herbert or Jordan Love. If the Bengals (Burrow), Dolphins (Tagovailoa) and Chargers (Herbert) take quarterbacks, and then the Panthers, Raiders and Bucs pass on QBs, there are a run of non-QB-needy teams until New England at 23. I could see a scenario where Jordan Love is still around here, and definitely a scenario where Jacob Eason, Jake Fromm and Jalen Hurts are available. New England will likely sign a veteran quarterback, but drafting is also something to keep an eye on.

CAROLINA
First-Round pick: 7th
Quarterbacks on Roster: Teddy Bridgewater, Will Grier, Kyle Allen
Just an hour after news broke that Carolina gave Cam Newton permission to seek a trade, ESPN’s Chris Mortenson reported that the Panthers are expected to have a deal finalized with Teddy Bridgewater when the league year opens. Mortenson reported the deal would be in the three-year, $60 million range, which makes it clear Carolina views Bridgewater as their starter right now. This still doesn’t take them out of the mix to draft a quarterback with their pick at 7th overall, but it’s less likely the Panthers will need to draft a quarterback this year.

INDIANAPOLIS
First-Round Pick: none (earliest pick is 34th)
Quarterbacks on Roster: Philip Rivers, Jacoby Brissett, Brian Hoyer, Chad Kelly
As expected, the Colts signed Philip Rivers to a one-year deal for $25 million. At 38 years old, Rivers is not the quarterback of the future here. Many draft pundits considered the Colts at 13 to be a prime landing spot for Jordan Love or Justin Herbert, but Indianapolis traded that pick to San Francisco for DeForest Buckner. The 34th pick could be a prime spot to draft a developmental quarterback prospect, like Washington’s Jacob Eason or Oklahoma’s Jalen Hurts, who has been gaining steam since an impressive combine workout. Though as general manager Chris Ballard said at the end of the 2019 season, “the jury is still out” on 2019 starter Jacoby Brissett.

TAMPA BAY
First-Round Pick: 14th
Quarterbacks on Roster: Tom Brady, Blaine Gabbert, Ryan Griffin
ESPN’S Adam Schefter reported that barring any unforeseen circumstances, Tom Brady will be signing with the Tampa Bay Buccaneers. But Brady’s age means Tampa is still in the realm of teams who might draft a quarterback high this year. Jameis Winston is now a free agent, and wherever he lands likely won’t change the draft needs too much, as it’s not likely he’ll land a starting job.

LAS VEGAS
First-Round Picks: 12th and 19th
Quarterbacks on Roster: Derek Carr, Marcus Mariota, Mike Glennon, Deshone Kizer, Nathan Peterman
The Raiders reached an agreement with Mariota, now their presumed No. 2 quarterback, to compete with Derek Carr. Knowing Jon Gruden’s affinity for young quarterbacks, any team he coaches has to be considered a possibility to draft a QB. General manager Mike Mayock has made a point to defend Carr publicly, pointing to overall offensive woes and not singling out Carr.

WASHINGTON
First-Round Pick: 2nd
Quarterbacks on Roster: Dwayne Haskins, Colt McCoy, Josh Woodrum, Alex Smith
Nothing that happened in free agency impacted their cryptic interest in this draft’s quarterbacks. I had a source tell me last week there was no way owner Dan Snyder would approve of picking another quarterback because he had a big influence on the Haskins selection last year, but new head coach Ron Rivera has done everything he can to assert his control, and has made it clear that he is the person running football operations in Washington, not the owner. So the question is, is Rivera the type of coach who would want to start fresh with a quarterback of his own choosing? A source familiar with Rivera’s thinking said he is the type of coach that would want to draft his own QB, but Haskins is so young that Rivera may see him as “his” quarterback as well.

GREEN BAY
First-Round Pick: 30th
Quarterbacks on Roster: Aaron Rodgers, Tim Boyle, Manny Wilkins
As a scout recently said to me, if a team has a quarterback older than 35, then they’re always considered to be in the market to draft a quarterback. But Green Bay’s most pressing need is at receiver and this draft is loaded with receiver talent.

PITTSBURGH
First-Round Pick: none (earliest pick is 49th)
Quarterbacks on Roster: Ben Roethlisberger, Mason Rudolph, Duck Hodges, Paxton Lynch
Roethlisberger, who used to talk retirement quite a bit (though not as much recently), is 38 and coming off elbow surgery. And after he went down last year, neither Rudolph nor Hodges were able to get the Steelers to January despite an otherworldly performance by the defense. Perhaps if a QB they viewed as a first-rounder makes it into the middle of Round 2 . . .

JACKSONVILLE
First-Round Picks: 9th,20th
Quarterbacks on Roster: Gardner Minshew, Josh Dobbs
The Foles trade would seem to make it Minshew or bust, though with a stockpile of picks (four in the first 73) as they enter a rebuild, perhaps they would take a flier on a high-upside prospect like Jordan Love. Though, with the Rams’ 2021 first-rounder also in hand, they might be eyeing Trevor Lawrence in 2021 if Minshew struggles in Year 2.

TENNESSEE
First Round Pick: 29th
Quarterbacks on Roster: Ryan Tannehill, Logan Woodside
Tennessee signed Tannehill to a four-year contract, though they have outs after the second and third seasons. With a roster in excellent shape, if a passer they loved was available at 29 they wouldn’t be completely precluded from drafting him.

MINNESOTA
First-Round Pick: 25th
Quarterbacks on Roster: Kirk Cousins, Sean Mannion. Jake Browning
Minnesota signed Cousins to a two-year extension. Though the deal runs through 2022, the Vikings could move on with little financial consequence after the ’21 season, making them a candidate (though a longshot) to draft a developmental QB.

DETROIT
First-Round Pick: 3rd
Quarterbacks on Roster: Matt Stafford, Chase Daniel David Blough
Detroit has many pressing needs, and signing Chase Daniel seems to signal that they’ve improved at backup quarterback and will likely stop there when it comes to the quarterback room. Bob Quinn shut down the Stafford trade rumors, but you never know, the Lions might draft a quarterback and sit him for the 2020 season. After the 2020 season the team has a potential out in Stafford’s deal, making it financially feasible for the Lions to move on then.

CHICAGO
First-Round Picks: none (earliest pick is 43rd)
Quarterbacks on Roster: Mitchell Trubisky, Nick Foles
Foles might be just as big a question mark as Trubisky, but with so little draft capital (they’ll pick 43rd and 50th, but then not again until 163rd), the Bears likely can’t afford to take another QB.