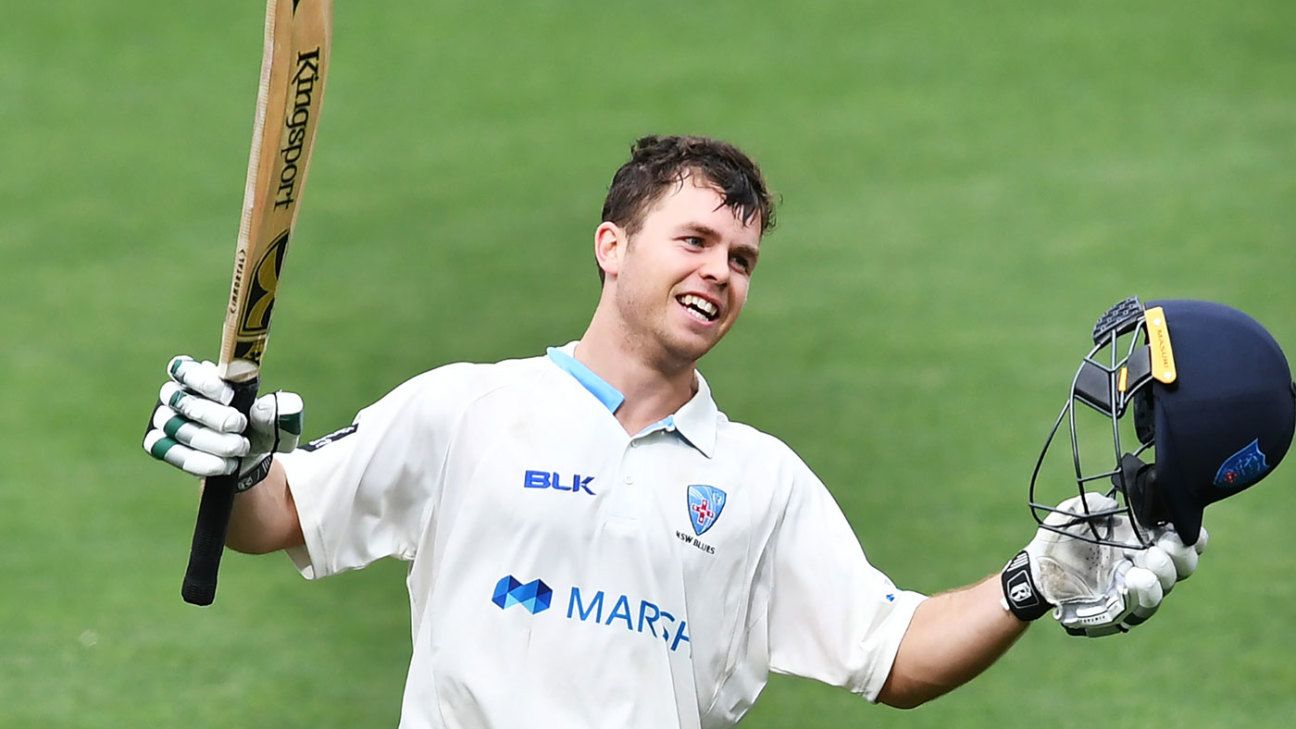 As may happen with many leagues and tournaments around the world, the Sheffield Shield was decided in the boardroom rather than on the pitch as coronavirus brought the Australian summer to an early and abrupt finish, but few could argue that New South Wales were not deserving of the title even if it will always be linked to extraordinary circumstances.

As Kevin Roberts, the Cricket Australia chief executive, admitted six wins in nine matches and being more than 12 points clear when the final round of matches was abandoned made the decision somewhat easier to come to even if, unlike some first-class competitions around the world, the Sheffield Shield has a final to determine the winner.

We’ll never know if those jostling for second spot – Victoria, the defending champions, had it in their control but Queensland were pushing hard – could have turned over New South Wales in Wollongong, but from the regular season matches played, the Blues were well ahead of the pack.

“Obviously pretty strange circumstances but very proud of how the team played and the efforts of the whole squad,” captain Peter Nevill told ESPNcricinfo. “The strength of our squad has been a real positive for us, guys who have been dominating grade cricket and 2nd XI cricket have been unable to get opportunities. We built an environment that’s enabled us to breed a bit of success and it’s very satisfying after falling short last year to win this year.”

New South Wales had all-but secured a home final before Christmas after winning five of their six matches ahead of the Big Bash break. They were less consistent when the season resumed, losing to Victoria at the SCG and Tasmania in Hobart, but an impressive victory against South Australia rubber-stamped top spot and that win was one that stood out for Nevill.

“We had some very good wins throughout the season. I think probably one that does stand out is beating South Australia at Bankstown on a very docile wicket,” he said. “We changed tactic and just focused on using the short ball, going round the wicket, I think if we’d just stayed over the wicket and bowled at the stumps all the time with straight fields we wouldn’t have got the result.”

Before Christmas, Australia’s schedule and selections meant New South Wales were able to see a decent amount of their international players. The bowling attack for the match against Western Australia at the SCG in December featured Mitchell Starc, Pat Cummins, Nathan Lyon and Josh Hazlewood. Overall they got three appearances from Starc and Steven Smith, along with two from David Warner and Hazlewood, plus six from Nathan Lyon who was not needed for Australia’s limited-overs teams.

However, it was the performances of other names that highlighted New South Wales’ depth. Harry Conway took 25 wickets at 21.32 and Trent Copeland 25 wickets at 31.88. With the bat, Daniel Hughes was their leading run-scorer with 665 at 44.33, while Moises Henriques made 512 at 51.20 and Daniel Solway, who scored a hundred on his debut against South Australia, finished with 498 at 55.33.

“Harry Conway had an outstanding season, sometimes you have the Australian bowling attack available for us so it’s a tough call for some people to miss out but he had an excellent summer,” Nevill said. “Guys like Dan Solway and Liam Hatcher, they got their opportunities because they absolutely banged the door down. You know they are going to come out and do a good job for you because they’ve performed so well to get their opportunity.”

Copeland, meanwhile, played eight of the nine matches and bowled comfortably the most overs as he sent down 304. “I’m very lucky, spoilt to have him,” Nevill said. “He’s been such a consistent performer, he leads our bowling attack and does it exceptionally well. He’s great at bringing younger fast bowlers through as well, shares his knowledge freely and as a captain it’s very difficult to get the ball out of his hand. He’ll bowl all day for you. He’s a metronome, he just keeps going.”

Australia’s next assignment is due to be a two-Test tour to Bangladesh in June although that must now be in severe doubt given the level and scope of travel restrictions around the world. However, if the situation does improve, Nevill believes Henriques has made his case for an international recall.

“His performances have been outstanding for a number of years, he has a great cricket brain, a lot of experience, especially with the next assignment being Bangladesh he is a guy that has all the attributes to be successful in subcontinent conditions. His playing of spin, especially, is exceptional and he’s got a happy knack of whenever he does get the ball he always picks up wickets. I think he’s someone who has put his name forward and I hope for his sake that he gets on that tour if it does go ahead.”