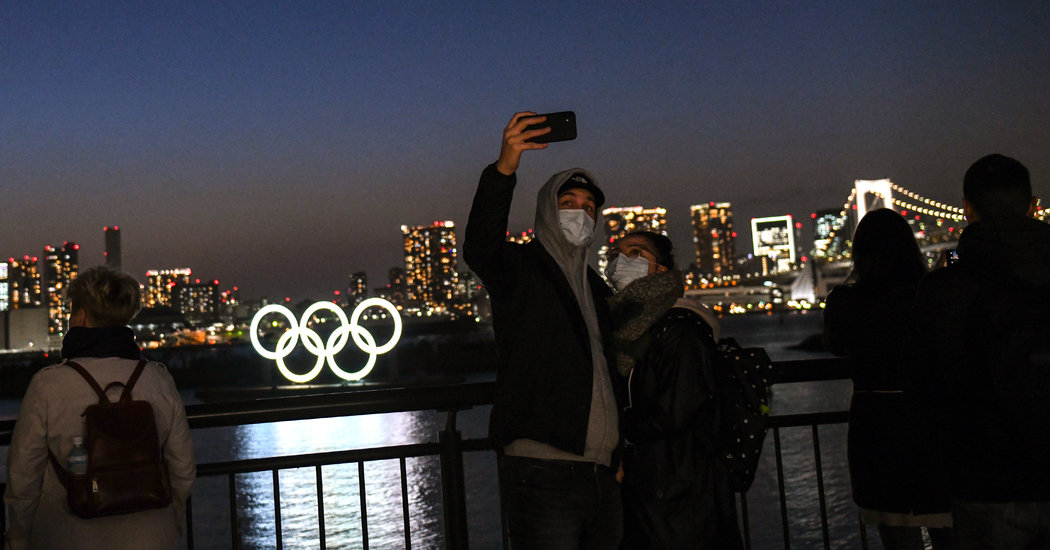 Several athletes and representatives of national Olympic committees reacted with bewilderment and frustration on Wednesday after officials from the International Olympic Committee urged them to continue training for the Summer Games despite worldwide restrictions on movement amid a pandemic that has cast the event into doubt.

The I.O.C., which has insisted the Games will be held as scheduled beginning in late July in Tokyo, provided the guidance during a two-hour conference call Wednesday morning with 200 athlete representatives from around the world and half a dozen I.O.C. officials, including Thomas Bach, the president.

Rather than reassuring the athletes, the call left a number of them flummoxed.

“The message was not, ‘Protect yourselves and protect your community,’ it was, ‘Find a way to train,’” Han Xiao, a table tennis player and an athlete representative from the United States, said in an interview. “Regardless of their intentions, their first priority is not the public health aspect of it. For me, it’s like, ‘Is that consistent with your values? Is that how you want to be perceived as a member of global society?’”

Participants on the call said the I.O.C. officials had sidestepped many questions or provided vague answers on a number of pressing issues, including potential alternative plans for the event, safety measures and universal training guidelines related to the coronavirus pandemic.

And there was widespread concern afterward that the organization seemed not to acknowledge the global health impact of its actions.

Some athletes on the call, for instance, were left dumbfounded when an athlete representative from Europe made a comment playing down the severity of the virus and blaming the news media for hyping its risks. “You have to remember, this is not a deadly disease,” she said, according to several people who were on the call.

The athletes were even more surprised when I.O.C. officials, including Richard Budgett, the medical director, did nothing to dispute that characterization. That was when Seyi Smith, the chairman of the Canadian Olympic Athletes’ Commission, felt the need to chime in.

“I just want to reiterate with everyone on the call that this is a deadly disease and that secondary deaths and overloading the medical system are the issues here, and we need to take this seriously,” Smith recalled saying on the call, adding that Budgett later agreed.

Smith said he understood the I.O.C.’s perspective: It is plainly the organization’s job to make the event happen, and different countries have taken different approaches to the virus. But he saw a missed opportunity to use the call and its greater platform to educate the world on the risks of the virus.

“It would have been great if they came on and said, ‘This is the biggest pandemic of our time, and we’re going to use our funds and influence to ensure that every country understands the importance of self-isolation, and while the Games can still happen, our No. 1 priority is the safety of the Olympic athletes and their families, alike,” Smith said. “I’m trying to be fair and give people the benefit of the doubt, but that was not explicitly stated.”

Resistance to the I.O.C.’s insistence on pushing forward with the Games is growing in other quarters.

The leader of Spain’s Olympic committee, Alejandro Blanco, said that holding the Games as scheduled, in late July and early August, would be unfair to athletes from his country and from other places where gyms, pools and training centers have been shut down and people have been ordered to remain at home.

“Our sports people cannot train, and to celebrate the Games (as planned) would result in unequal conditions,” Blanco said in a statement. “We want the Olympics to take place, but with security.”

Phil Andrews, the chief executive of USA Weightlifting said he would prefer the Games begin as scheduled on July 24, but only if the safety and health of athletes can be guaranteed. “I completely understand the view of some athletes, which is, ‘Am I going to be totally safe in the Games?’” Andrews said. “How do we make sure people coming in are sure to be clear of coronavirus?”

On the I.O.C.’s conference call, one athlete representative asked about the optics of sending people out for training and whether that would send the wrong message to society when everyone else has been told to stay at home. The athlete, according to notes of the call provided to The New York Times by multiple participants, wondered if the I.O.C. could offer training guidelines or regulations to put everyone on the same playing field. He was told that even at the height of the crisis in China, athletes there were able to continue training.

Multiple people in the session asked the I.O.C. officials about a so-called no-go date — a deadline when the organization would make a final decision on proceeding with the Games — and about the specific conditions that would have to be met for the event to go on as planned. They were told that there was no such date, and no details on decision-making were offered.

One athlete asked about the possibility of staging the Games without spectators. Christoph De Kepper, the I.O.C. director general, replied that such an outcome was “not preferred” but that “all options are on the table.”

Such conference calls are fairly common among different Olympic stakeholder groups, but it was unusual for Bach, the president, to address the group. In his remarks, Bach emphasized the importance of not speculating on the cancellation of Games, pointing to the falling Japanese stock market as evidence of the dangers.

“It’s clear people are getting to a breaking point,” Xiao said. “I’m seeing almost a critical mass of athlete voices expressing frustration or asking the question, ‘Should this be postponed?’”

Callum Skinner, a member of the British Olympic Association’s athlete commission and a gold medal-winning cyclist at the 2016 Rio Games, said that athletes were finding the uncertainty difficult to deal with and that those who manage it best are likely to be the best performers at the Games, whenever they take place.

He said athletes would need six months’ notice — or at the very least three — to be at their peak for the Olympics, given that training is tailored and sometimes tapered to ensure optimal performance.

“Everyone is in the same position,” Skinner said about the ongoing doubts over whether the Tokyo Games can take place as planned. “It’s who can deal with this uncertainty the best that will thrive at the Olympics.”

“Their message seems out of tune with what athletes are seeing on the news every day, and what they are hearing from governments,” he said.

It would be helpful, he added, if the I.O.C. admitted the “massive challenge” ahead.