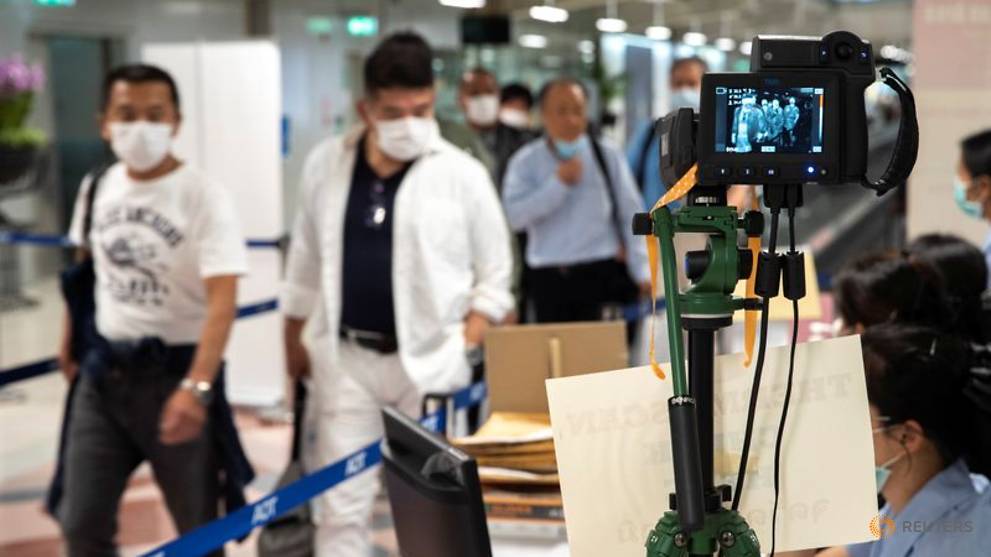 BANGKOK: Half of Thailand’s population – about 33 million people – could be infected by COVID-19 over the next two years in the worst case scenario described by deputy director of the Disease Control Department Dr Thanarak Phaliphat.

“We’ve forecast three scenarios of widespread transmission. If Thais coordinate well, infections will be limited over the next two years. If we can’t control it, about half of the population could be infected in this period,” Dr Thanarak said in an interview with CNA.

Thailand is battling one of the gravest crises in its medical history. Its government, health officials and millions of residents feel mounting concern about the new coronavirus disease that has killed at least 7,000 people and infected more than 180,000 across the world.

Despite its recent emergence, the rapid outbreak of COVID-19 in Thailand has instilled fear in the public, disrupted the economy and put tens of millions of lives at risk.

Since January, the country has reported 212 cases of COVID-19. The number may seem relatively low – compared to the likes of China and Italy where the numbers of cases are in the tens of thousands – but a significant increase in infected patients this week has rung an alarm bell.

“If we let it become widespread, the number of patients with serious symptoms could be high,” Dr Thanarak said.

According to Dr Thanarak, it may not take long before Thailand enters the final phase.

When that happens, there are three possible scenarios forecast by his department. They differ according to the virus’ Basic Reproductive Number or R0 – an epidemiologic metric used to measure the ability of a host to transmit a virus to others.

Scenario 1 happens when the disease control is carried out well, meaning one COVID-19 host can spread the virus to 1.6 others on average.

Scenario 2 occurs when the outbreak has been slowed down to a moderate pace, meaning one COVID-19 host can spread the virus to 1.8 others on average.

Scenario 3 takes place when the outbreak is severe, meaning one COVID-19 host can spread the virus to 2.2 others on average.

“The R0 isn’t determined by the virus alone but also by other factors such as population density. If the disease spreads in Bangkok and a small province such as Mae Hong Son, and both provinces let its transmission continue naturally, the R0 in Bangkok will be higher than that in Mae Hong Son,” Dr Thanarak told CNA.

“Residents of Mae Hong Son may come into contact with fewer than 100 people per day but for Bangkokians, they’re already with 50 people as soon as they get on the skytrain.”

Besides population density, Dr Thanarak added, there are several other factors that can determine how widespread the COVID-19 transmission can become. They include the capacity of Thailand’s disease control system, and preventive measures such as social distancing, working from home and separation of work shifts.

“If we stay at home, our risk of infection will be low,” he said.

Thailand reported its first case of COVID-19 in January but had since recorded relatively low numbers of new infections.

The situation has begun to change since mid-March, when health officials reported a few large clusters of infections in Bangkok. One of them is an entertainment venue in downtown Thonglor, where a group of partygoers were infected through an imported case. Others include boxing stadiums where thousands of people were reported to have congregated earlier this month.

However, it was not until Mar 15 that Thailand recorded a big jump in numbers of cases for the first time – from 82 to 114. An increase by at least 30 cases per day has since been reported in the country as more people from the clusters test positive for the virus. Data from the health ministry showed 40 of the total 212 patients in Thailand joined the gatherings at the boxing stadiums.

And when that happens, only patients in critical condition are likely to be admitted. In Stage 3, those with mild symptoms will be advised to isolate themselves at home, where they can take paracetamol to reduce fever, Dr Thanarak said.

“There have been reports that other fever-reducing medicines should be avoided and paracetamol is the best. Patients can take it and drink a lot of water. If their symptoms become severe, they should see a doctor as soon as possible,” he added.

During the isolation, Dr Thanarak said necessary measures must be put in place to prevent the virus from infecting other family members while patients must be able to observe their symptoms and know when they should seek medical assistance.

“If a patient has a test at a hospital and needs to be admitted, the hospital must accommodate the patient. It can’t just do the test alone,” he added.

“COVID-19 WILL NEVER LEAVE THIS WORLD”

Large clusters of COVID-19 infections in Thailand are an indication of super spreaders, who according to Dr Thanarak are hosts who transmit the virus to a certain number of people that greatly exceeds the average.

In its efforts to slow down the outbreak, the Thai government has ordered all educational institutions nationwide to close from Mar 18 to Mar 31. Entertainment outlets in and around the capital will also be closed during the period, while sports venues such as boxing stadiums are not allowed to operate until the situation improves.

“People will continue to be infected for a while before this pandemic disease turns endemic,” Dr Thanarak said, adding 80 per cent of COVID-19 patients recover by themselves without hospitalisation.

“This disease will never leave this world. It’ll become a disease that always stays with humans until we have a vaccine. Even when the vaccine becomes available, I think people will keep getting it, just like we do with other diseases.”

For Thailand to get through this medical crisis, Dr Thanarak said it takes “the whole society” and not just the government or the people alone. Everyone needs to “chip in”, he added, in order to create and drive a safe environment where public health is imperative.

Thais should know what to do when they are ill, and social measures must be introduced to support people who make ends meet and cannot afford to stop working, according to Dr Thanarak. A change in lifestyle to avoid crowded places is also a necessary step in controlling the disease, he said.