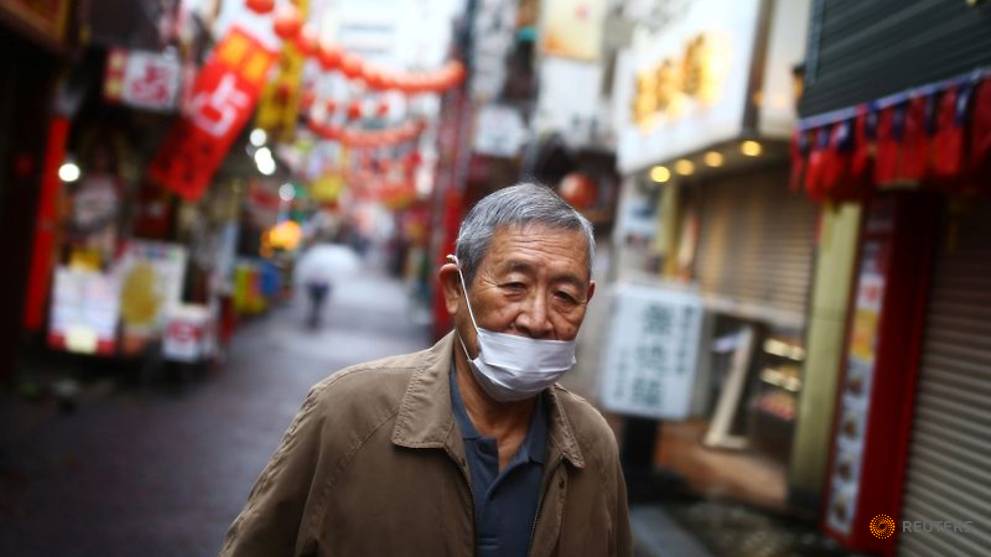 Although his words were not directed at any particular country, it seemed a message well-tailored to Japan.

Just two days ago, after coming under tremendous pressure following US President Donald Trump’s declaration of a state of national emergency, Japanese Prime Minister Shinzo Abe clarified at a news conference on Saturday (Mar 14) that the COVID-19 situation in Japan had not reached a stage where the country needed to do the same.

Highlighting that the speed of spread in the country had not been “explosive”, he pointed out that the number of COVID-19 cases for every 10,000 in Japan was only 0.06, a figure much lower than those in China, South Korea, Italy, and other European countries.

The problem with this interpretation is that testing has not been widespread, meaning that the true extent of infection may be underestimated in a best case scenario.

READ: Commentary: Why Japan’s move to close schools during COVID-19 outbreak upset many – and not just parents

READ: Commentary: Japan shows how not to deal with a COVID-19 outbreak

The worst case scenario, which many in Japan choose to ignore, however, is more likely – that such figures have not only masked the severity of the situation but have also shaped blinkered thinking and hindered more aggressive government intervention.

Japan curiously continues to maintain strict constraints on testing. People have been advised to only contact local healthcare centres if they develop a fever of 37.5 degrees Celsius or higher for at least four days. Even the elderly and those with chronic conditions must wait two days.

This staggered approach has been driven by a lack of capacity, a claim Chief Director of the Japan Community Healthcare Organisation Shigeru Omi has acknowledged.

Japan primarily uses polymerase chain reaction (PCR) tests, which needs a phlegm or throat swab sample, to test for the coronavirus. Testing should take only 90 minutes to two hours, but where most of the 860 hospitals and healthcare facilities the Japanese government has claimed can conduct testing can only collect samples, additional preparations and transportation mean these tests can take up to six hours.

After coming under fire for weeks for its lackadaisical response to the brewing coronavirus outbreak, the Japanese government knows it needs to demonstrate that it has a grip on the situation and isn’t flying blind.

READ: Commentary: Why Singapore is preparing to tap the breaks to slow COVID-19 spread

And so the Japanese government has shifted gears and released a cluster map on Monday, in the hopes of discouraging the public from heading to infected areas and showing it knows where the hot spots are.

But the country could afford to focus also on enhancing its contact tracing and testing capacities – to prove it’s doing something not just that it knows what the problems are.

And yet, there are doubts over whether the Japanese government truly understands what the challenges are.

Japan aims to double its daily testing capacity of 3,800 in February to 8,000 within this month, Mr Abe said in his press conference, adding that the country has reached about 6,000 a day.

So it is baffling why the actual number of tests remains many times fewer than the figure Mr Abe has offered. Japan only tested 29,112 samples between Feb 18 and Mar 14, according to the Health Ministry, a figure that includes multiple samples from the same patient.

In fact, only 15,655 people have been tested in Japan as of Mar 17, figures that include returnees by chartered flights.

Many Japanese hope the testing situation will take a turn for the better when 15-minute coronavirus test kits are made available to research institutions and healthcare facilities later this week after lived experiences have left a bitter taste in their mouths.

One should not have to jump through hoops to get tested for COVID-19 when symptoms start manifesting. Yet people who feel sick in Japan must first undergo a telephone screening, before they are given permission to head to relevant outpatient facilities. After physical inspection and diagnosis onsite are they then tested for COVID-19.

While such measures aim to prioritise cases and avoid overloading the healthcare system with false positives, it is puzzling that despite the prevalence of sustained community spread, many Japanese citizens are still told that they will not be tested if they did not have contact with a confirmed, infected case or a travel history.

READ: Commentary: Maybe the Tokyo Olympics should be postponed

In this context, the Japanese government’s advice for people with mild symptoms to stay at home for two weeks and only seek medical attention when their symptoms become severe is not only disconcerting but has also stoked bigger concerns that the Japanese healthcare system will be overwhelmed, if and when wider testing is rolled out and more cases have to be treated.

Meanwhile, such advice has seen people with symptoms go to several doctors to ask for help, raising the spectre of further community transmission and spread to healthcare workers.

The first country to experiment with innovative testing methods, South Korea has been a shining example of swift response and clear-headed thinking in these troubling times.

Instead of imposing city lockdowns or travel quarantines, it focused on getting testing right and throwing the kitchen sink at approach that after a religious group outbreak swarmed the country with infections – to huge success.

Its drive-through testing allows large numbers of suspected cases to be tested quickly and individually by medical staff in protective gear, reducing the chances of transmission compared to patients having to wait in a clinic. Anonymity also removes the stigma of getting tested and protects citizens’ privacy.

One would think this a brilliant model worth replicating. Yet trigger-happy Japan moved faster to put this option to bed, with the Japanese Health Ministry throwing shade on drive-through testing and lambasting its lack of a proper examination by a doctor over Twitter on Sunday (Mar 15) after coming under some pressure to adopt the same approach.

READ: Commentary: COVID-19 outbreak has become an existential crisis for the cruise industry

READ: Commentary: How inadequate testing capabilities has hampered the US in its COVID-19 fight

Now the Health Ministry has to hang its head in shame after being corrected that the drive-through screening does include an interview with the patient by a doctor. Health Minister Katsunobu Kato backpedaled further during an Upper House budget committee meeting when he said Japan would not rule out the possibility of pursuing such an approach.

WHAT NEXT FOR JAPAN

Containing the spread will no doubt require Japan to scale-up testing capacities so that prefactures and local governments have an accurate operating picture and can make better judgment calls on what the necessary interventions are.

The worry is if the low number of cases breeds a sense of complacency and soft-headed thinking that the situation has abated, leading to missteps that could spark another round of outbreaks.

Osaka governor Hirofumi Yoshimura has already announced the possibility of restart of school from April because the COVID-19 on Friday, which seems somewhat premature given the global pandemic outlook.

The WHO has called the coronavirus pandemic the “defining global health crisis of our time” and reiterated for all countries to test suspected cases on Tuesday. It’s time for Japan to listen and get cracking on testing.

Yuka Hasegawa is a researcher who writes on social issues and politics in Japan.