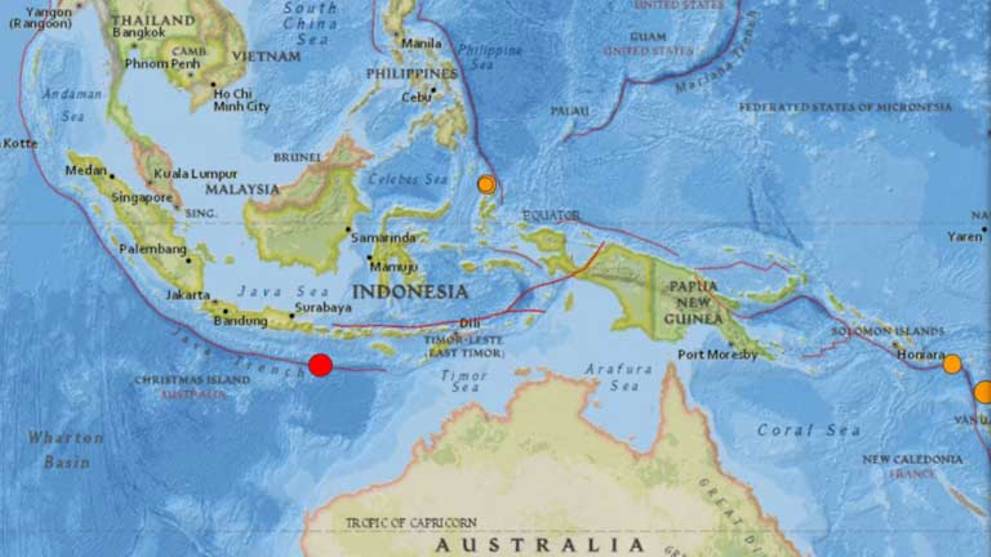 The quake struck at 1.45am (1745 GMT) with an epicentre 255 kilometeres south of the town of Nusa Dua, the US Geological Service reported. The epicentre was a relatively shallow 10 kilometres deep.

Indonesia’s weather and geophysics bureau said there was no tsunami threat.

No casualties or infrastructure damage have been reported so far, but the quake was strongly felt across the holiday island.

A hotel staffer Indra Kurniawan just got home from work when the jolt shook his boarding house in Canggu, Bali.

“The shaking was not that powerful but ones could feel it. It lasted not more than a minute,” he told AFP.

The Southeast Asian archipelago is one of the most disaster-prone nations on Earth.

In 2018, a 7.5-magnitude quake and a subsequent tsunami in Palu on Sulawesi island left more than 4,300 people dead or missing.

Indonesia suffers frequent seismic and volcanic activity due to its position on the Pacific “Ring of Fire”, where tectonic plates collide.

More than 2,200 people died and another 1,000 were declared missing in 2018 after a 7.5 magnitude quake and subsequent tsunami on Sulawesi island.

A 9.1 magnitude earthquake on December 26 in 2004 struck Aceh province, causing a tsunami that claimed the lives of more than 170,000 people in Indonesia alone.