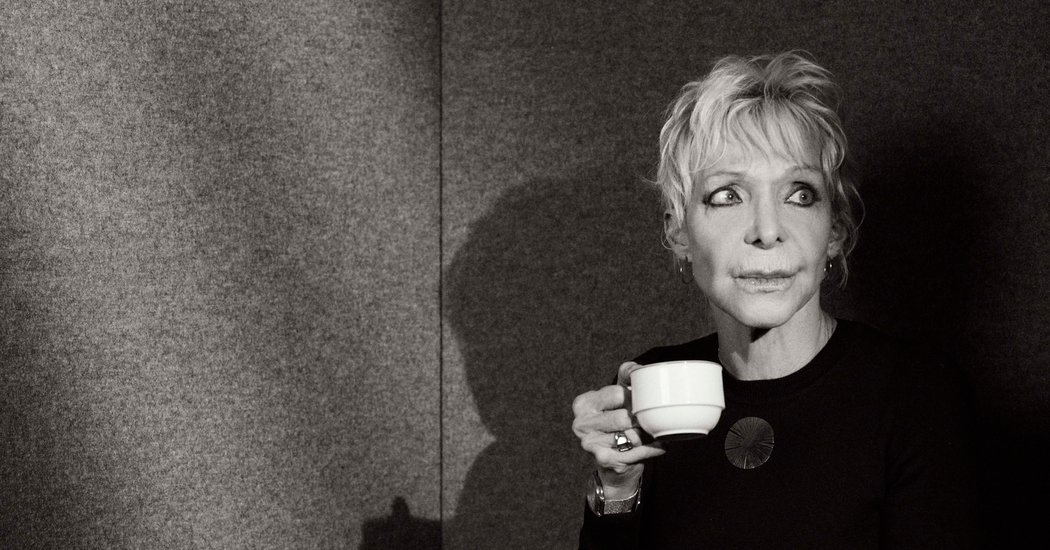 Tonie Marshall, a French-American filmmaker and actress and the only female director to win a Cesar award, France’s equivalent of the Oscars, died on Thursday in Paris. She was 68.

Ms. Marshall was not well known outside of France, but at home she was a prominent woman in the male-dominated French film industry. Though she resisted being labeled a feminist, she confronted sexism head-on in her later movies. She became a vocal supporter of the French #MeToo movement and helped open up the industry to more women.

After 30 years as an actress and 10 as a director, Ms. Marshall created a sensation in 1999 with her movie “Venus Beauty Institute,” about three women who work in a beauty salon and their search for love and happiness. It swept the top three Cesar awards — for best film, best director and best original screenplay (by Ms. Marshall) — and one of its protagonists, Audrey Tautou, won the Cesar for most promising new actress.

Ms. Marshall researched the film by frequenting her local beauty salon, watching the interplay of clients and employees and listening to their dialogue. One day, a woman came in, removed her top and bra and sat there naked in what Ms. Marshall saw as a display of power, not exhibitionism; the scene is replicated in the movie.

Her cinematic style was deeply influenced by the director Jacques Demy, who most famously directed “The Umbrellas of Cherbourg” (1964) and “The Young Girls of Rochefort” (1967).

Ms. Marshall was especially enthralled with a famous scene in “Belle de Jour” in which Ms. Deneuve, playing a bourgeoise wife who is secretly a prostitute, is given a small, lacquered box by a client. She opens and closes it, without the audience seeing what is inside. Another character asks her how she can have sex with the unappealing man who gave it to her. “What do you know about love?” Ms. Deneuve responds.

The scene was one of her inspirations in making “Venus.” After seeing “Belle de Jour,” she told Cineaste magazine in 2000, “I was left wondering, ‘What do I know about love?’”

Ms. Marshall said she had been embarrassed to be the only woman ever to receive a Cesar for directing in a country that had so many talented female directors.

But she had also been ecstatic for herself, she said, finding the honors a vindication of sorts, since the film had had little financial backing and took four years to make.

“Success felt good, considering so many people had spat on this film for so long,” she said in an interview in 2018 with the French journalist Marion Sauvebois.

“Sometimes when I try to make a film and things get tough, I tell myself, ‘Remember, you aren’t mad. Maybe people will see something in it too,’” she said. “Or maybe they won’t. It’s a lottery.”

Ms. Marshall was born on Nov. 29, 1951, in Neuilly-sur-Seine, just west of Paris. She grew up in the movie business, the daughter of Micheline Presle, a French film actress, and William Marshall, an American actor, director and producer who was once married to Ginger Rogers.

Ms. Marshall started out as a television actress in 1971. She later landed a bit role in Mr. Demy’s “A Slightly Pregnant Man” (1973), a star-studded comedy in which she acted alongside her mother as well as Ms. Deneuve and Marcello Mastroianni.

She made her directorial debut with “Pentimento” (1989), a comedy that she also wrote in which a boy and girl meet during a funeral. Her other directing credits include “Nearest to Heaven” (2002), starring Ms. Deneuve and William Hurt; “Sex, Love and Therapy” (2014); and “Number One,” her last feature film, which was released in 2017 in the United States and the United Kingdom as “Woman Up!”

The movie tells the story of an ambitious corporate manager who faces vicious sexism as she aspires to become the first female managing director of a major French company.

Ms. Marshall said it took several years to make the film. Her original idea was to follow a network of eight influential women working in industry, politics, media and sports and their ambitions and confrontations with men, she told Eye for Film, a British film publication, in 2017.

“Not a single TV channel showed any interest,” she said. “So I put it on the back burner.”

As time went by, though, she added, she found herself stewing over society’s attempts to put women “back in their place,” which to her meant “at home looking after children and keeping quiet.” So she dusted off her idea. This time, instead of telling the stories of eight women, she narrowed her focus to one.

Just as she had researched “Venus” in a real beauty salon, she researched “Woman Up!” through in-depth discussions with female corporate executives.

“Their anecdotes and testimony gave me a lot of material, and everything in the film is based on fact,” she told Ms. Sauvebois.

One important thing she learned that surprised her, she said, was that regardless of how qualified women are to do the top job, they are often overcome with self-doubt and decline to become No. 1, preferring to be No. 2 or 3.

“And yet,” she said, “there are men without their skills or qualifications who just click their fingers, say, ‘I want it, I want it,’ and they get ahead.”