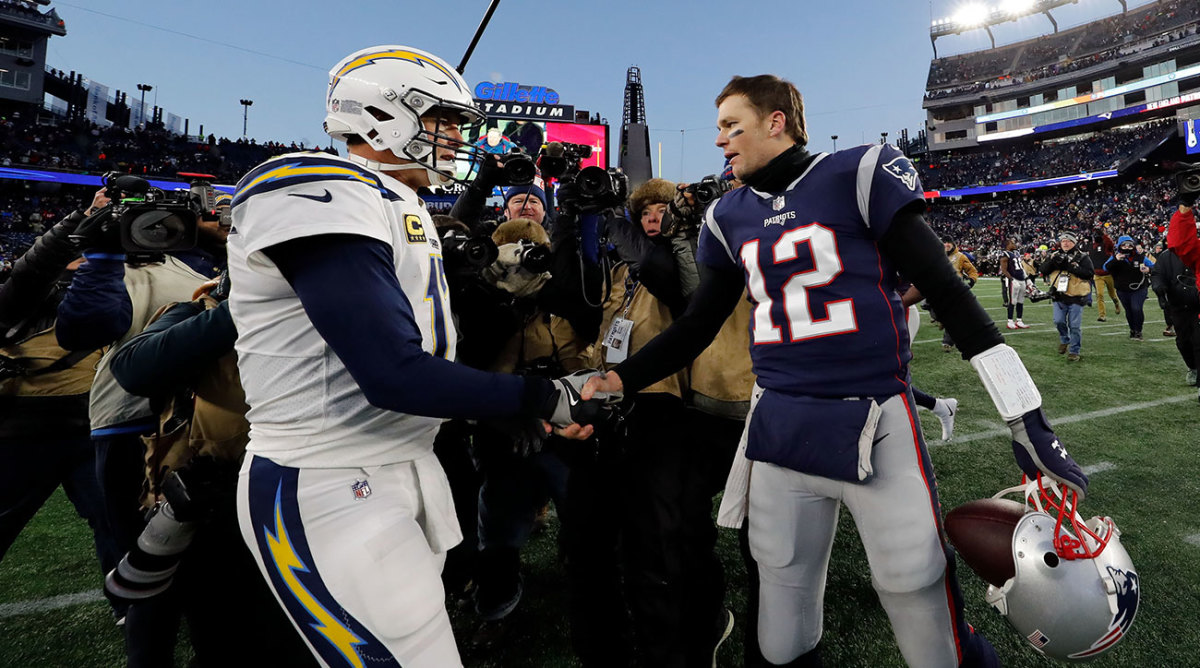 Wrapping up the second day of the tampering period, with the opening of the league year (when all these deals become official) less than 24 hours away.

• I’ve been asked a bunch why the Colts opted to go with Philip Rivers, with Tom Brady sitting out there on the market. Here’s my feeling on it: GM Chris Ballard has been building for three years, two with Frank Reich as coach, and they’ve made a ton of progress. That progress took a big hit last summer when Andrew Luck retired. That didn’t change the fact that they’ve done a ton of good work in fixing the offensive line, and bringing young, athletic difference-makers to the defense. But what it does mean is they may need a year or two to sort their quarterback position out. So if you’re in that spot, do you blow the whole plan up for a year or two of Tom Brady? Or do you bring in a player, in Philip Rivers, that you have a ton of background with to try and keep the train on the tracks and buy time to find a long-term answer over the next few years. It’s not hard to understand why you’d choose the latter path, which is what the Colts are doing. (Though it’s fair to say it’ll be harder to find the long-term answer this year without a first-round pick, which is why Colts fans might want to bone up on Trevor Lawrence, Justin Fields and the rest of the 2021 draft class.)

• That background that the Colts have, by the way, should not be underrated. Back in 2013, when Mike McCoy arrived in San Diego, he endeavored to create the sort of thinktank that he was a part of for Peyton Manning in Denver (which included Adam Gase, Brian Callahan and Jim Bob Cooter) for Rivers. OC Ken Whisenhunt was part of it, as were quarterbacks coach Frank Reich and quality control coach Nick Sirriani, who happen to be Indy’s head coach and offensive coordinator now. Bottom line, Reich and Sirriani will know how to build an offense for Rivers and Rivers’s learning curve should be minimal.

• I wouldn’t look for the Patriots to do something splashy at quarterback in the wake of Tom Brady’s goodbye on Tuesday. It would be more likely that they take the approach they take at other position and let the market thin out a little before finding an economical option. Jarrett Stidham and Cody Kessler are both on the books for less than $1 million for next year, the team will carry a $13.5 dead-money cap hit on Brady and space is tight as it is. But if they can ride this out and find a solution, be it Stidham or someone else, they could head into the future with the kind of cheap-quarterback advantage that the Rams, Eagles and Chiefs rode to Super Bowls over the last three years. So my guess? The Patriots sign someone cheap, draft another one in April, and let them compete with Stidham.

• It’s still weird that Brady’s going to be gone. We’ll have more on that in the morning, but I will say this: I don’t think he goes to Robert Kraft’s house on Monday night to say goodbye without a pretty good idea of what’s coming next. And it sure looks like Tampa’s what’s coming next.

• The decision by the Panthers to sign Teddy Bridgewater and move on from Cam Newton doesn’t mean that Marty Hurney and Matt Rhule think one player is better than the other. It’s more about the place Carolina is in, and where the two players are. The Panthers are going to be retooling and establishing a new program over next nine months. And that means they’ll need buy in. Newton, meanwhile, was headed into a contract year, and is an iconic figure in that organization. So you know what wouldn’t help Rhule establish his program? If he has such an influential star disgruntled and eyeing the exit as he’s trying to create a foundation. Bridgewater, on the other hand, worked with OC Joe Brady in New Orleans, and has a good idea of what Brady will be trying to teach—and so he becomes a messenger for the program, as well as the team’s starting quarterback. Add this up and, to me, it shows a pretty good understanding from Rhule of what he’ll need, and need to avoid, early on in Charlotte. Which probably comes from having a been damn good program builder both at Temple and Baylor.

• The Stefon Diggs trade is a pretty good example of how fast business moves in the NFL. On Monday morning, the idea of the Vikings moving their No. 1 receiver wasn’t really on the radar. Then, Kirk Cousins (with whom Diggs had some friction) agreed to an extension, Diggs reacted on Twitter and the floodgates opened. A few teams that had previously inquired—last summer, ahead of the October trade deadline and around the combine—reached out. The Patriots called. Washington had checked in (their draft situation, with such a high first-round pick and no second-rounder in April’s draft, made it unrealistic). Ultimately, the Vikings discussed it, and decided the asking price would be what they got for Percy Harvin in 2013. The Bills reached out late afternoon on Wednesday to express interest. They traded phone calls over the next few hours. And at 9:45 p.m. ET, the sides engaged, and a half-hour later the deal was done. The Vikings got their price, a deal very similar to the Harvin trade. The Bills got their man.

• We’ve written this before, but the Bills went into the offseason with a clear objective—score more points. In Cole Beasley, John Brown, Dawson Knox and Devin Singletary, GM Brandon Beane has assembled a nice cadre of complementary pieces. Having a real No. 1, he knew, could unlock the potential of the group. Now, he’s got a legitimate No. 1, and one who just turned 26 in November.

• Jason Witten joining the Raiders on a one-year deal is, at the very least, interesting. I got the sense in the summer that part of his return to the Cowboys was to set up a coaching career. And it makes me wonder if Dallas’s season going sideways as it did changed the landscape for Witten. Had the Cowboys gotten into the postseason, and made a playoff run, Jason Garrett might have survived, and maybe Witten would have landed on his staff. Now? He’ll get to work with Jon Gruden.

• Give the Dolphins credit for being logical with their plan. Last year? They let guys like J’Wuan James and Cam Wake walk, stayed quiet in free agency and collected comp picks. This year? Without any free agents of note, and a lot of cap space, they’d lose nothing but money by getting aggressive. And get aggressive they did, signing Byron Jones ($16.5 million per), Kyle Van Noy ($12.75 million) and Ereck Flowers ($10 million per). Now it’s on to the draft, with a ton of draft capital to spend.

• Once again, at 4 p.m. ET tomorrow, this all becomes official—and that’s not irrelevant. You can ask the Jets for their Anthony Barr story on that one.