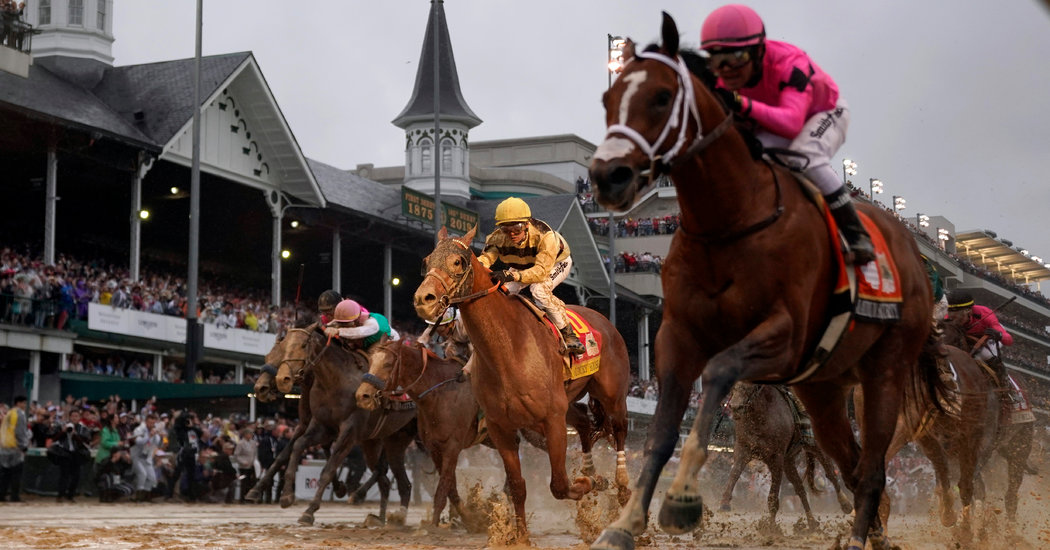 For the first time since World War II, the Kentucky Derby will not take place on the first Saturday in May.

The Derby, the first jewel of horse racing’s Triple Crown, became the latest marquee sporting event forced to postpone because of the deepening coronavirus pandemic.

Tonya Abeln, a spokeswoman for Churchill Downs, said in an email on Monday night that the race would not go ahead as scheduled.

Churchill Downs will hold a conference call on Tuesday morning to announce a makeup date for the race, which is expected to be Sept. 5. The Courier-Journal newspaper in Louisville, Ky., where the race is held, had earlier reported the postponement and the new date.

The postponement came as Gov. Andy Beshear of Kentucky ordered schools and restaurants closed to try to prevent the spread of the virus in the state, where it has killed at least one person. Mr. Beshear, like many of his counterparts, urged the public to cancel gatherings.

The Derby, which promotes itself as the “most exciting two minutes in sports,” regularly draws more than 150,000 spectators to the famed racetrack with its twin spires. Many of them sip on mint juleps and it is customary for women to wear ornate hats to the race.

Kentucky officials also announced on Monday that they were postponing the state’s presidential primary from May 19 to June 23 because of the health emergency.

Keeneland, a racecourse in Lexington, Ky., that is home to the Blue Grass Stakes, said that it was canceling the spring race meet as well.

The coronavirus has transformed the sporting landscape. The N.B.A., the N.H.L., Major League Baseball and NASCAR have all suspended competition, and the N.C.A.A. canceled all of its championships. And the Masters golf tournament has been postponed.

Racetracks across the country have been shuttered to the public, but races are still being run and bets are still being welcomed. According to The Courier-Journal, the Derby and the weeks of celebration that surround it infuse the region with about $400 million yearly.

In 1945, the Kentucky Derby was held on June 9, about a month after the government lifted a ban on horse racing that it put in place because of World War II. The only other year the race did not take place on the first Saturday in May was in 1901.

Last year’s Derby, the 145th, ended in controversy after a 21-minute video review. Although Maximum Security crossed the finish line first, the horse was ultimately disqualified for impeding an opponent. Instead, Country House was declared the victor at 65-1 odds.