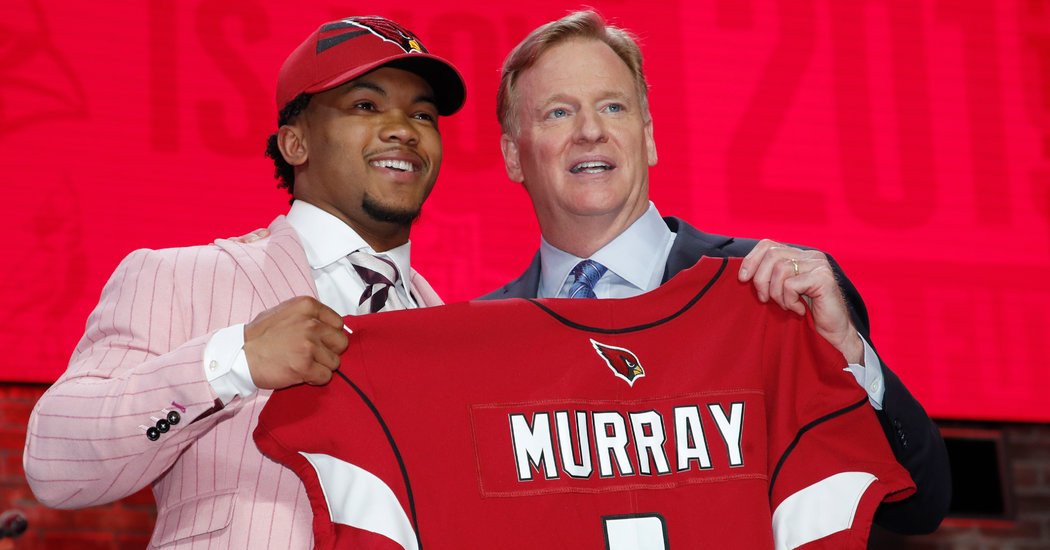 The N.F.L. has canceled plans to hold its draft in Las Vegas, and will conduct the three-day event in front of a television audience only, the latest change to a sports schedule due to restrictions designed to combat the spread of the coronavirus.

The draft will be held April 23 to 25, as originally planned. “The N.F.L. is exploring innovative options for how the process will be conducted and will provide that information as it becomes available,” the league said in a statement. “Public N.F.L. draft events in Las Vegas next month will not take place.”

The move came after mounting skepticism that the N.F.L. would be able to host an event expected to draw tens of thousands of fans to the Strip in Las Vegas, even as nearly every other sports league and organization had shut down operations.

The draft, and the spectacle of first-round draft picks becoming newly minted millionaires on national television and in front of throngs of fans, has become one of the N.F.L.’s marquee events. Only the Super Bowl outranks it on the N.F.L.’s calendar, and the live audience adds to the draft’s appeal — with N.F.L. Commissioner Roger Goodell hugging top picks as fans cheering or booing both the commissioner and their favorite team’s decisions.

The N.F.L. has encouraged the frenzy and tried to monetize it as well. This year’s version was expected to be the largest ever, hosted by the Las Vegas Raiders, who are scheduled to open a $1.9 billion stadium this season, playing their first games in Nevada in September after moving from Oakland, Calif.

But new guidance announced on Sunday from the Centers for Disease Control and Prevention — limiting gatherings to no more than 50 people for the next eight weeks — made holding the draft with fans in attendance nearly impossible.

Goodell said the decision to cancel the live-audience element was made “in consideration of current information related to Covid-19 and guidance from medical experts such as the C.D.C., and in coordination with public authorities in Nevada and the City of Las Vegas.”

The Raiders’ owner, Mark Davis, expressed his support for the decision in a statement. “Health and safety has always been our top priority, so despite it being a major disappointment, this was the right decision,” he said.

Last week, the league canceled its annual meetings with owners, general managers and coaches that was set to be held at the end of March in Palm Beach, Fla., and clubs have eliminated nonessential travel, making it harder for teams to evaluate free agents and potential draft picks.

Still, the N.F.L. waited until Monday to call off the events at the draft as criticism grew that the league did not fully grasp the serious nature of the global pandemic. In addition to the C.D.C.’s new recommendations, on Sunday, MGM Resorts International, which operates some of the largest and most famous casinos and hotels in Las Vegas, said it would shut down until further notice. The draft was going to be held at some MGM properties, with the main stage set to be stationed in the famed fountains in front of the Bellagio hotel. The company said it would not take reservations before May 1.

Wynn Resorts said it would close its hotels in Las Vegas for two weeks.

In recent years, the N.F.L. has increased the size and scale of the draft. For decades, it was held in Midtown Manhattan at Radio City Music Hall, with a short red carpet event for high-profile players arriving on the first night. The league moved the draft to Chicago, Philadelphia, Dallas and Nashville since then, adding ancillary events that have attracted tens of thousands of fans in festival-like settings.

Three networks — ESPN, the NFL Network and Fox Sports — now broadcast the proceedings, and more than 2,000 media passes are issued in some years.

This year’s event was supposed to be even more extravagant, partly because it coincides with the arrival of a new team in Las Vegas, and partly because of the city’s reputation for glitz and partying.

The N.F.L. has ways of re-creating the draft as a made-for-television event, including using the N.F.L. Network studios. Instead of amassing dozens of players in one location, the top potential draft picks could appear live via remote camera.

While the N.F.L. scaled back the draft it appears determined to continue with many other of its essential functions. As of Monday, the N.F.L. had not delayed the start of the new league year, which starts on Wednesday. On Sunday, the N.F.L. Players Association ratified a new 10-year collective bargaining agreement, which gave teams the green light to start assigning franchise tags. With the new league year approaching, they are now preparing to sign free agents starting Wednesday.