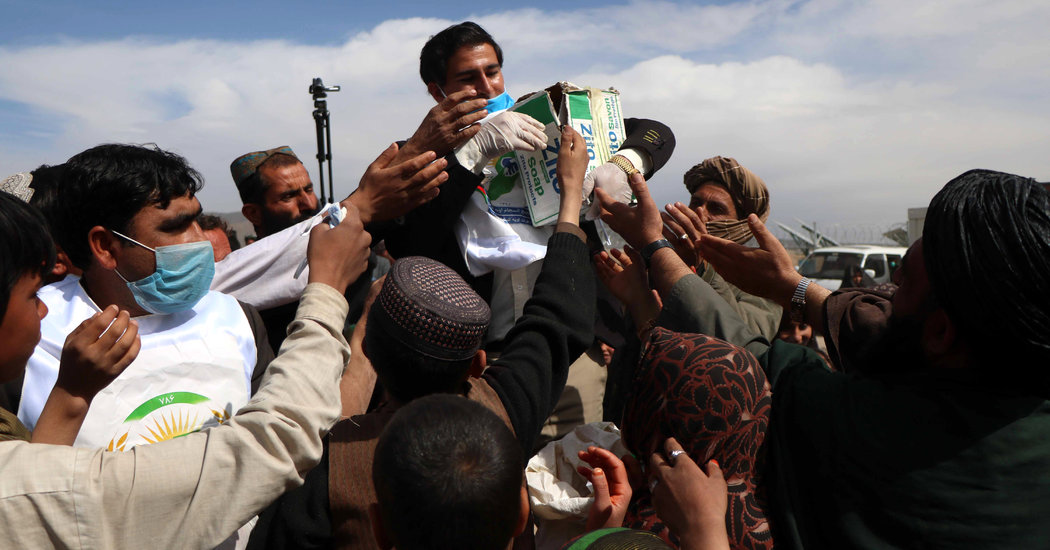 “We are in a situation where the politicians and even some parts of the government don’t feel how grave the danger is,” Abdul Qayoum Rahimi, Herat’s governor, said on Saturday. “If we don’t start acting, I am afraid there might come a day where we can’t even collect the dead.”

Mr. Rahimi lamented the fact that his province, at the center of the concern, still lacked basic funding. The central government, in a meeting chaired by President Ashraf Ghani two weeks ago, announced that it had allocated $25 million for measures to prevent the spread of the virus and that a large share of it would be spent on Herat. But Mr. Rahimi said his province had only received $130,000 — and that sum hadn’t officially hit Herat’s accounts yet.

“We have had to borrow from companies to supply our hospitals,” he said.

In Herat, the doctors at the regional hospital that have dealt with processing the suspected cases said they were simply overwhelmed already. On Sunday, they had no masks until 11 a.m.

“I haven’t gotten close to my own wife and children after I came from work, isolating myself in a room in case I am carrying it since we didn’t have the right equipment,” said one doctor, who spoke on condition of anonymity fearing government retaliation. “When we say we are facing a shortage of equipment and that our staff is low, the officials say you can work or you can resign.”

The virus could also derail efforts to start direct talks between the Afghan government and the Taliban.

That process was already complicated. For weeks now, Zalmay Khalilzad, the U.S. envoy, has been in Kabul to try to work out a compromise over releasing thousands of Taliban prisoners, which the Afghan government has resisted, and getting the divided Afghan factions to agree on a united negotiating team.

The direct negotiations were scheduled to begin on March 10, with Qatar, Norway, and Germany talked about as likely hosts of the talks. Now, between the ongoing political crisis in Kabul and the advent of travel restrictions around the world because of the coronavirus, it is unclear when the talks could start even if the Afghan government side got back on track.