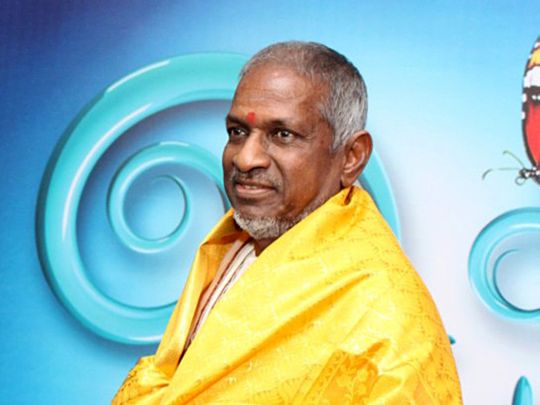 Indian maestro and five-time Indian National Award-winning music composer Ilaiyaraaja, who was due to perform in the UAE at a concert entitled ‘Isai Rajangam 2020’ on March 27 at the Sharjah Cricket Stadium, has postponed his show due to coronavirus pandemic, Gulf News can reveal.

“Due to health and safety concerns of everyone involved, we have decided to postpone Ilaiyaraaj’s concert to a later date. We are now in the process of discussing new dates due to the global health scare,” said P S Srikumar, General Manager of Mathrubhumi and one of the organisers of the event.

Ilaiyaraaja’s concert is the latest musical show to be postponed in the wake of Coronavirus spread and adds to the list of events in the city that have been cancelled over the last two weeks.

A month ago, the music idol who has composed more than 7,000 songs and provided film scores for more than 1,000 films led a press conference in Dubai at the Burj Khalifa announcing his UAE leg of his worldwide music tour.

Malayalam superstar Mohanlal was expected to be in the front row as a special guest and award-winning singers including SP Balasubramanyam, Hariharan, Mukesh and Swetha Mohan were scheduled to perform his compositions on stage.

Sharjah was scheduled to be Ilaiyaraaja’s first stop in his musical global tour that would take him to countries including Ireland, London and Singapore.

“There are no parameters or hard-fast rules to creating music. If music touches people’s hearts, then it is music… Music should come to you, then it’s pure music,” said Illaiyaraaja at that press conference.

New dates of the concert will be announced soon and is likely to be in June or November 2020.