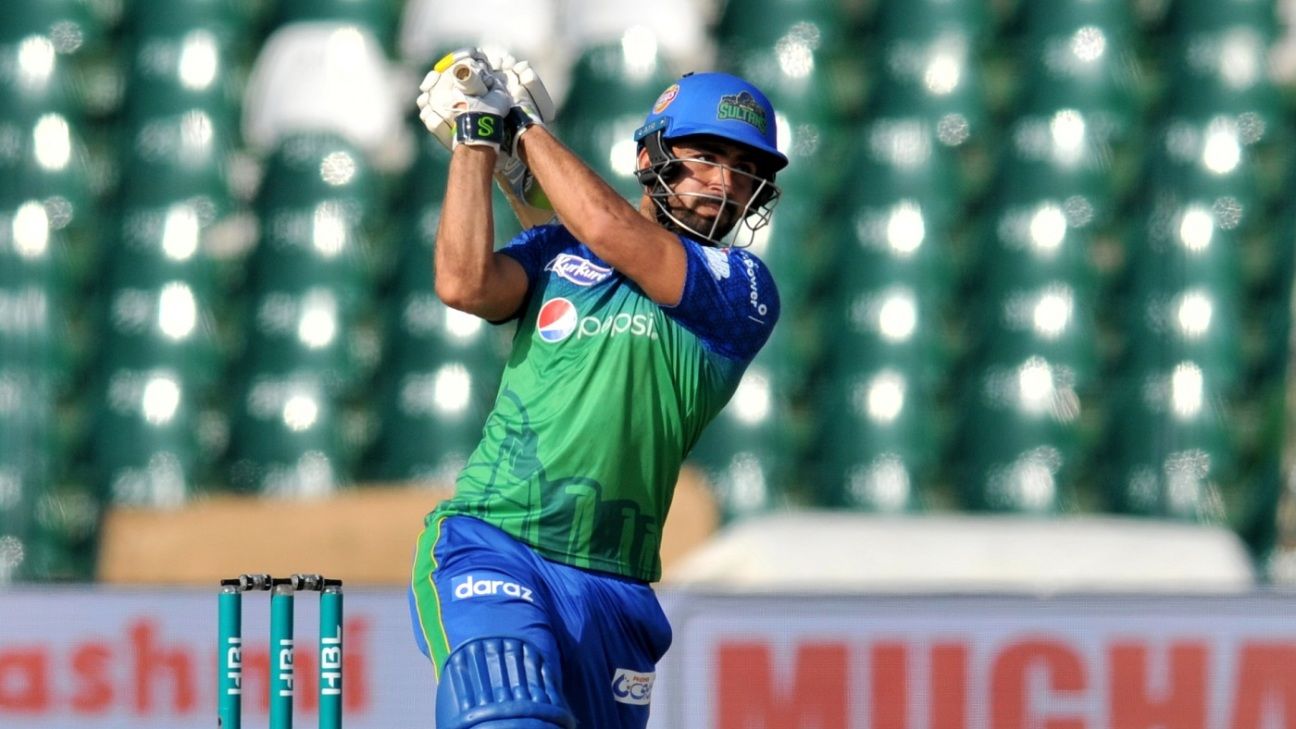 Akmal has scored 78 runs in his last five innings and still has 251 runs for the tournament. That is how impactful his first few games were. He is still the key player in the team, and Akmal has scored 258 runs in qualifiers/eliminators in the PSL in seven innings over the years at an average of 36.85 and a strike rate of 149.13.

Shah had only played a couple of cameos for Multan until Sunday but he proved that he can score big with a smashing 29-ball 70 not out against Lahore Qalandars. His strike rate at the death in this PSL is 208.16, the best among all players who have faced 40 or more balls in that period.

Wahab Riaz: The third-highest wicket-taker in the tournament with 11 strikes so far, Riaz’s economy rate is also an acceptable 8.01. He has picked up at least a wicket in seven out of nine games he has played this season.

Sohail Tanvir: Another experienced wicket-taking bowler, Tanvir has picked up ten wickets in the tournament at an economy of 6.80 so far. He, in fact, has the best economy rate among all bowlers who have bowled a minimum of 100 deliveries in PSL 2020.

Shoaib Malik: Malik has been in terrific form of late, scoring 30 or more in each of his last four innings. He has scored 209 runs from No. 4, the most in the tournament from that position. He has been bowling a bit in the last few games too, and that is just an added reason to have him.

Rahat Ali: Ali had a quiet start to this PSL but has gotten better with every game. In the last four games, he has picked up six wickets, striking every 15 balls. He picked up three wickets the last time he played against Multan.

Imam-ul-Haq: Imam is high on confidence after the 56 he scored against the same opponents in Peshawar’s last league game. He has played three innings against Multan and scored 147 runs in them, averaging 49 and striking at 123.52.