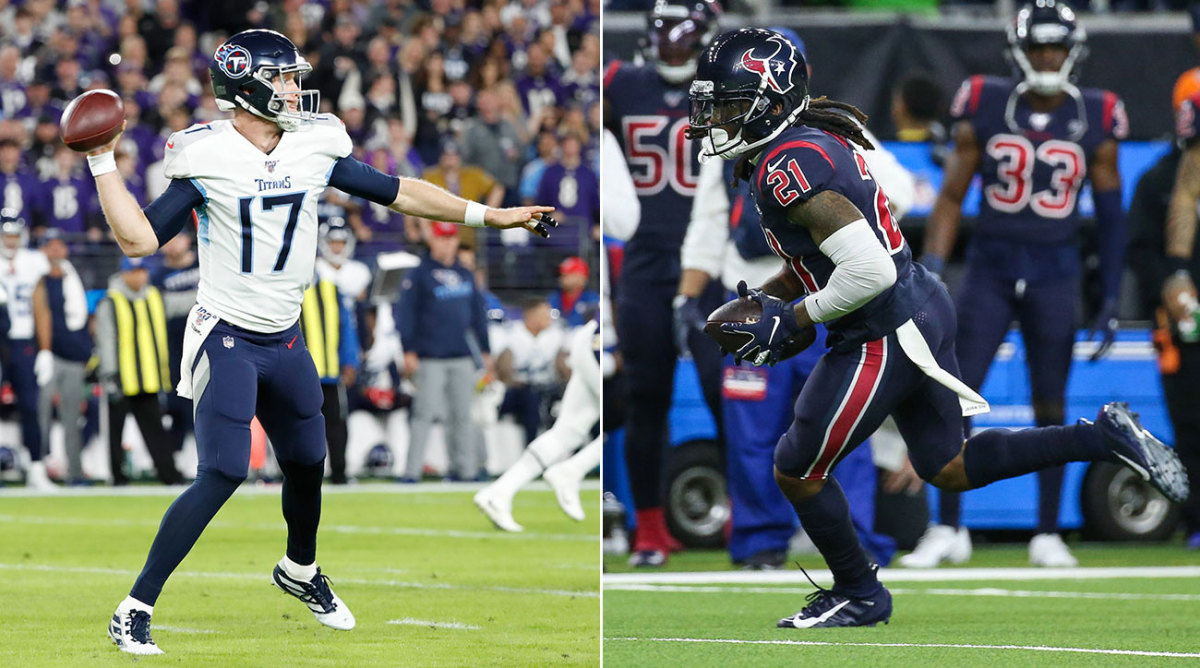 Free agency stops for nothing, apparently. Riding the momentum of a new Collective Bargaining Agreement, the NFL opted not to delay the start of free agency amid the COVID-19 pandemic. Because traveling for free agent visits has gone a little out of style, many of the deals will push ahead via telephone, with on-site physicals to be completed at a later date.

So here we are, dutifully logging on to grade such transactions. This promises to be one of the most star-studded free agency slates in recent memory. This is how it’s panned out so far…

Ryan Tannehill to the Titans

Forget about Tom Brady for a second. The question should be: Did the Titans make the right move in giving Tannehill a four-year, $118 million deal? The new CBA disallowed their ability to use both the franchise and transition tags, respectively, on Tannehill and Derrick Henry. So instead, Tannehill gets a deal that reasonably ties him to the Titans for two years. It would be easy for the club to get out after 2021 and even easier to escape after 2022. The knee-jerk reaction here is to be scared that some of Tannehill’s success was due to the fact that he was a mid-season replacement and teams did not have a great concept of how he would be utilized within that offense. A franchise tag is a slightly higher one-year premium and raises the floor on a long-term deal but can also be erased after one season if Tannehill slinks back into the quarterback he was in Miami.

One reason I kind of like the Ryan Tannehill deal: It’s not outrageous. We’re about to see an unprecedented spike in quarterback salary and this deal locks up a healthy, 31-year-old former first-round pick for roughly the cost of Kirk Cousins per year. Tannehill gets a solid amount of security (a guaranteed percentage better than Russell Wilson in Seattle), and the Titans enter into a high-risk gamble that could accelerate the building of the remaining roster.

And here’s my more detailed look at how the Tannehill signing impacts Tom Brady, Derrick Henry and more.

Grade for the Titans: B
Grade for Tannehill: A+

Bradley Roby to the Texans

Setting the stage for how robust the cornerback market figures to be, the Houston Texans locked up Bradley Roby on a three-year, $36 million deal (via NFL Network). The former first-round pick is a decent value signing for the Texans, a team that got to see him on a trial basis last year and wanted to pencil him in long-term to help negate some of the other departures on defense. Roby, 28, seems to be rounding out as a better cornerback, despite the fact that his interception and pass breakup numbers are down.

Calais Campbell to the Ravens (trade)

It seems like there are moments when the Ravens’ front office is miles ahead, lapping the field. Campbell, a 12-year vet, is a pass rushing force and was the catalyst for some of Jacksonville’s best moments over the past three seasons. The fact that he was plucked for a fifth-round pick (and his full salary for 2020) shows some impressive hustle, taking advantage of a fire sale in Jacksonville. Campbell has had his three best QB-hit seasons over the past three years and two of his best three sack seasons.

Josh Norman to the Bills

It’s fair to say that Norman is not the feared secondary villain he’s been in the past, but it’s also fair to say that at one year and $6 million to reunite with his old defensive coordinator (Bills head coach Sean McDermott), he’s absolutely worth the flier. Norman was still respected by opposing quarterbacks during his final year in Washington, getting roughly four targets per game and logging one interception and six pass breakups. However, he was benched down the stretch in 2019 and outplayed by some of his replacements.

Greg Olsen to the Seahawks

It seemed the air was ripe for a Seahawks trade deadline deal for a tight end; now they’ve got one in the offseason. Russell Wilson is as deft and creative a quarterback as there is in the NFL, and deserves a cadre of receiving threats who are used to getting to various target points on the field to haul in big-yardage grabs. Olsen, after years of playing with Cam Newton, should be perfectly adept to handle Wilson’s freewheeling moments and may enjoy a few more on-target passes.