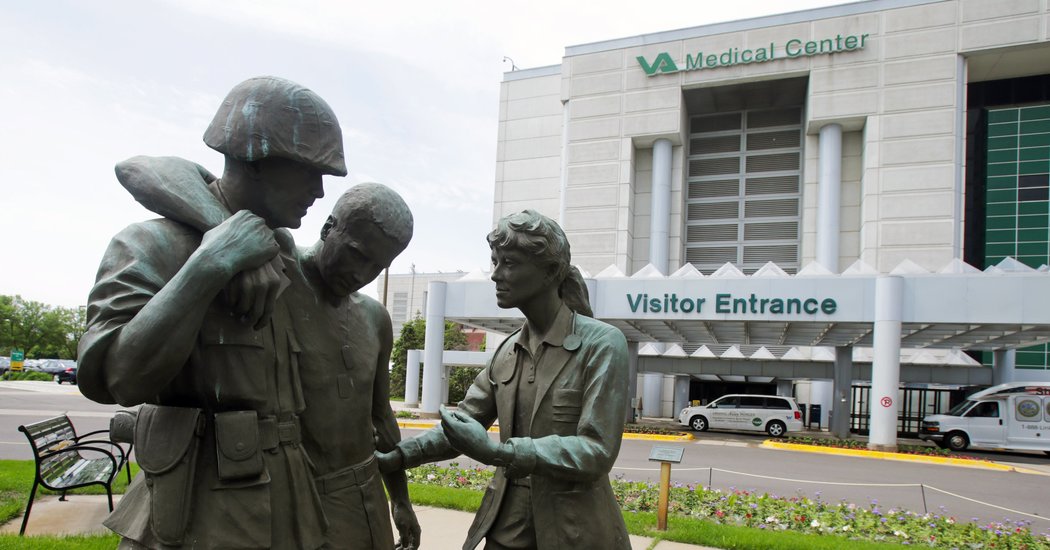 Some workers said they were not clear if veterans would be prioritized over civilians in an emergency at their medical centers, and there were mixed messages in the department as to whether it would be called on at all.

“There is not a unified plan of action,” said Bob Fetzer, the president of the Fourth District of the American Federal of Government Employees National Veterans Affairs Council, which represents thousands of workers from the department. He said he had received complaints from members who said they were not receiving communications from Washington.

Robert L. Wilkie, the secretary of veterans affairs, was added belatedly to the White House coronavirus task force this month and is rarely visible, other participants said.

He was not among the many officials and corporate executives who spoke on Friday at a news conference with President Trump in the Rose Garden. The department was not even mentioned at that event. Several current and former employees at the veterans department and Capitol Hill staff members said they hoped Mr. Wilkie, who does not have a background in public health, would not be sidelined.

A senior administration official familiar with the task force’s meetings said that Mr. Wilkie’s role in the group, thus far at least, had mostly included offering reassurances that the veterans’ medical system was ready to help. “To my knowledge he was been at all the meetings,” Dr. Stone said.

Lawmakers in both parties, who have long complained about opacity at the department, are carefully watching.

“We recognize that the Covid-19 outbreak is an evolving situation, with a growing impact on the United States and global community, and want to ensure that the V.A. has all of the resources needed to keep veterans, staff and communities safe,” Senator Jon Tester of Montana, the ranking Democrat on the Senate Committee on Veterans’ Affairs, said in a statement, referring to the disease caused by the virus.