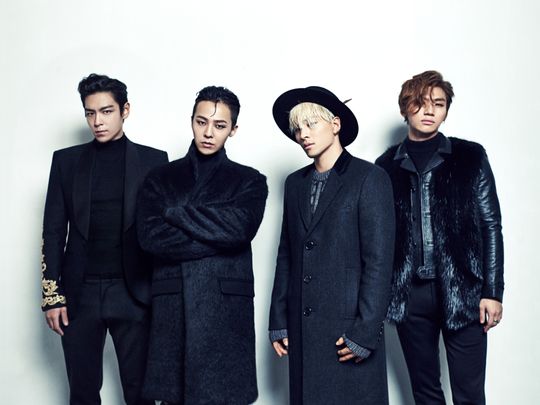 The four members of prolific group BigBang have renewed their contracts with YG Entertainment.

On March 11, their long-time agency confirmed the news on its website with a post that stated “Happy to continue this journey with BigBang” with a picture of T.O.P, G-Dragon, Taeyang and Daesung.

“YG will provide exhaustive support for BigBang so that the band can continue to write new K-Pop history in the world music scene as artists representing YG,” the agency said, according to Yonhap News Agency.

The contract renewal marks the boy band’s third time signing with the Korean label, after renewing in 2011 and 2015, and a first as a quartet since ex-member Seungri retired from the music industry amid a series of criminal allegations surrounding him last year. The announcement also comes after he enlisted in the country’s mandatory military service on March 9.

Adding to this, the group’s future came under speculation as the other members faced legal and personal issues of their own, especially after T.O.P made a comment on social media of his withdrawal from the entertainment business.

BigBang last performed on stage as a quintet in 2017 prior to enlisting in the military.

The quartet surprised fans of their inclusion in the line-up of performers along with Epik High in the Coachella Valley Music and Arts Festival, which is now postponed due to coronavirus concerns. Despite not making a live comeback on stage, the performers are reportedly planning to drop new music this year.

Veteran A-list acts renewing contracts as a group with the same agency is a rarity in the K-Pop scene, especially for the BigBang members who’ve been with YG Entertainment for almost 20 years, which includes their trainee years. The group made their official debut as a quintet in 2006.