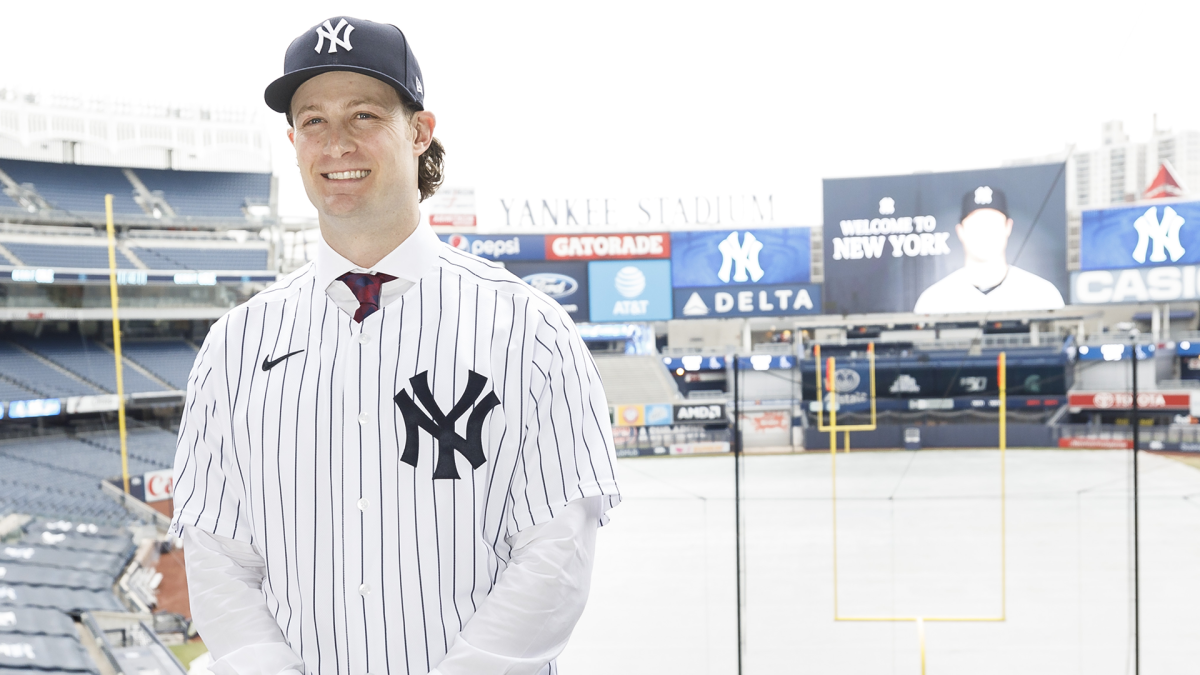 I know a lot will change with ADPs over the next three or four weeks, with the start of the baseball season pushed back a minimum of two weeks. I still wanted to plow through the starting pitcher ADPs to finish the series on ADPs over the last week.

A fantasy owner needs to keep in mind that some injured players now have more time to get healthy and regain some of their lost ADP value. Justin Verlander, Max Scherzer, and Mike Clevinger are the top names that should move back up in drafts.

Also, with each missed week of the season, a pitcher projected to have an innings cap gains some value as the ceiling of the top arms loses their edge in volume of innings. For example, if Gerrit Cole was projected for 33 starts and he now downgraded to 29 games (if the season started three weeks late), an arm like Jesus Luzardo won’t lose any draft value as he was only projected to start between 23 and 25 games.

These subtle differences will improve and hurt certain players within drafts, especially if your home league sticks to their current draft schedule. If your league moves to a later date, it will help better gauge the market value of players along with getting better updates of player’s health.

Here’s a look at the top 12 starting pitchers ranked by SIscore in 2019:

For comparison, here are the projections (3/10) for the top 12 pitchers at Sports Illustrated ranked by SIscore:

The top pitchers (Gerrit Cole, Max Scherzer, Jacob deGrom, and Justin Verlander) all projected well, but Scherzer and Verlander weren’t downgraded due to their recent injuries. Each of these pitchers should win many games if healthy while adding value in ERA, WHIP, and strikeouts.

Here’s a look how they rank by ADP in early March:

Gerrit Cole looks to be in a class by himself. He pitches for a team that will score plenty of runs with strength in their bullpen. Cole finished last year with elite value thanks to short pitch counts in many innings while dominating in strikeouts. It will be challenging to land him after the first six picks in 12-team leagues.

The only black mark on Jacob deGrom’s resume is the lack of wins in 2017 (10) and 2018 (11). His arm remains a significant edge while pushing his way to the middle of the first round in 2020. I expect him to be more productive in wins this year.

Justin Verlander suffered a lat injury on March 8th that set the stage for his ADP to start fall. He went from the 7th overall pick early this month to the 27th pick after his issue. With at least a two week delay to start of the season, he may have enough time to recover to remain the opening day starter. Houston is a top team in baseball, and Verlander is coming off an excellent season.

Another pitcher suffering from a slight hiccup over the last week was Max Scherzer. He has a minor side injury, which may have been a factor if the season started on time. His arm still looks elite while his fastball had plenty of velocity this March.

The go-to guy for fantasy owners as the third starting pitcher off the board over the last week was Walker Buehler. He locked and loaded to make a big step forward while ready to handle a full season of starts. I can’t give him the “stud tag” until he earns it, even if he looks the part.

Over the second half of 2019, no pitcher in baseball was better than Jack Flaherty. Follow through be a given with his next step coming in the win department.

If a fantasy owner wants to control the WHIP category, Shane Bieber fits like a glove thanks to his incredibly low walk rate in his minor league career paired with his success last year. Even with a pullback in strikeouts, he’ll help a fantasy team on the front end.

In 2019, Stephen Strasburg was a value in drafts while pushing his inning total (209.0) over 200 for the first time since 2014. He’s always had a to a franchise arm, but durability helps back his production. Talented enough to build on last year.

The timetable for Mike Clevinger to return from his mid-February knee surgery was six-to-eight weeks. The delay to the start of the year should put him on par with his early ADP (second-round pick). Last year he threw the hardest of his career.

At this point in March, there is no way I’m touching Blake Snell. His left elbow issue may be minor, but he hasn’t looked great on the mound. There are too many good arms to take his risk while paying almost full price.

I would call Luis Castillo the bobble guy. He has the best changeup in the game, which leads to a ton of swings and misses. With better command in 2020, his arm should push further up the pitching rankings. The buzz did lose some momentum with some speed bump in his start in March.

Patrick Corbin falls into the neutral category for me. I can’t dismiss his last two seasons, but I can avoid him as a target due to his success coming ultimately from one pitch (plus slider).

Clayton Kershaw showed more life in his fastball this spring, which led to his ADP (43) moving up over eight draft slots. His momentum should push even higher as we get closer to the start of the regular season. He has an excellent career resume while pitching for the best team in baseball.

In a way, Chris Paddock may be on the same path with Shane Bieber as far as command. He looks poised to take a further step forward while needing to add a third pitch of value to become a foundation ace.

I expect a rebound season for Aaron Nola while being priced fairly in drafts. He showed his upside in 2018, which should shine through again this year.

I’m neutral on both Yu Darvish and Charlie Morton while not expecting to own either arm in the 2020 draft season. Darvish finished last year with the best command of his career while still battling home runs. Morton pitched the best ball of his career over the previous two years, but I tend to shy away from two-year movers in drafts.

Zack Greinke just wins games while being a steady option for a fantasy team. His lack of upside in strikeouts does push him back a notch if drafted as an ace.

Noah Syndergaard, Jose Berrios, and Brandon Woodruff have the talent to improve this year.

Tyler Glasnow looks to have the whole package to become an impact arm if his injury issues last year don’t resurface. His next step is proving he can handle a full season of starts. His minor league resume does support his growth with Tampa.

Trevor Bauer looks to the wild card in this group for me, which is based on his higher walk rate and inconsistency from year-to-year and game-to-game. It’s all about price point with Bauer for me.

In March, Frankie Montas is the biggest riser in the third tier of starting pitchers. His ADP (82) moved up 18 spots with a wide range of value (low – 63 and high – 18). Last year he outpitched his career resume by a wide margin over half of a season. His growth is tied to the addition of a split-finger fastball. I’d like to see more before making a significant draft investment.

Corey Kluber lost his fan base in the fantasy market after an injury-plagued year. His ADP (97) is well below his previous few seasons while pitching in an unknown ballpark (Rangers’ new stadium) this year. He has a veteran arm with the ability to throw plenty of innings. If Lance Lynn can crawl off the bottom rung of the pitching pool, Kluber is worth a dance in 2020.

I don’t trust that Sonny Gray will repeat, and he hasn’t pitched over 180 innings since 2015.

Mike Soroka lacks the edge in strikeouts on his resume, but his stuff looks elite. A fantasy owner should expect improvement this year with a chance at a few more whiffs. Soroka would be a great SP3 in 12-team leagues while being a trickier SP2 in 15-team formats.

The shining star on this list is Jesus Luzardo. His arm projects to be elite while still needing to prove he can stay healthy for a full season. Also, Luzardo will have an innings cap. With each missed week of the season, his value should rise.

I had Dinelson Lamet as my breakout arm in 2018 only to see him get hurt before the start of the year. He looked ready to rock and roll last in 2019, which points to an impactful season. His only strike is his command, which may lead to some WHIP risk.

Chris Sale is free-falling in drafts. His ADP (111) fell 77 picks in March with no clear timetable when he’ll return to the field. The virus break does help fantasy owners gather more information before deciding on his draft value.

The excitement of Carlos Carrasco is dwindling after receiving an injection in his right elbow on March 11th. His ADP (122) is sliding and will continue going forward.