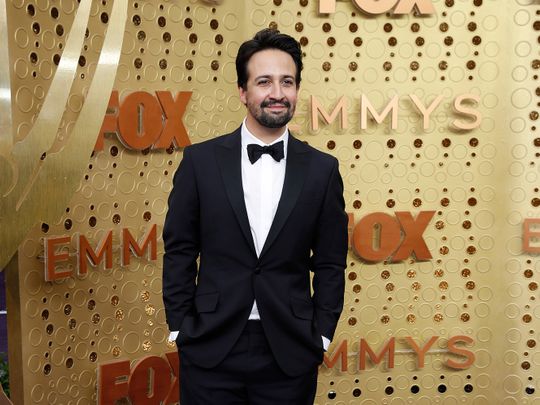 ‘Hamilton’ at the Hollywood Pantages Theatre in Los Angeles and all performances on Broadway have been postponed, but now, without compromising recommended social-distancing procedures, fans can listen to a song that was cut from the hit musical.

Amid the rapidly escalating developments around the coronavirus on Thursday, ‘Hamilton’ scribe and star Lin-Manuel Miranda took to Twitter to say he wished he could send everyone peace of mind via the platform. But since he couldn’t, he sent the next best thing: an unreleased ‘Hamilton’ song.

“Here’s a cut Hamilton/Washington tune called ‘I Have This Friend,’” Miranda tweeted. “No one’s heard it, not even [‘Hamilton’ director Thomas] Kail.”

In the song, which is available on Soundcloud, Alexander Hamilton asks George Washington for advice for his “friend” who is “in a bit of a bind.” Miranda sings both parts.

Hamilton, of course, is referring to the situation he has found himself in regarding his extramarital affair with the married Maria Reynolds. After finding out about the affair, Reynolds’ husband demanded payment from Hamilton to keep it a secret.

The song would have come before ‘The Reynolds Pamphlet’ in Act 2 of the musical and was written before he penned the song ‘Hurricane,’ Miranda explained further.