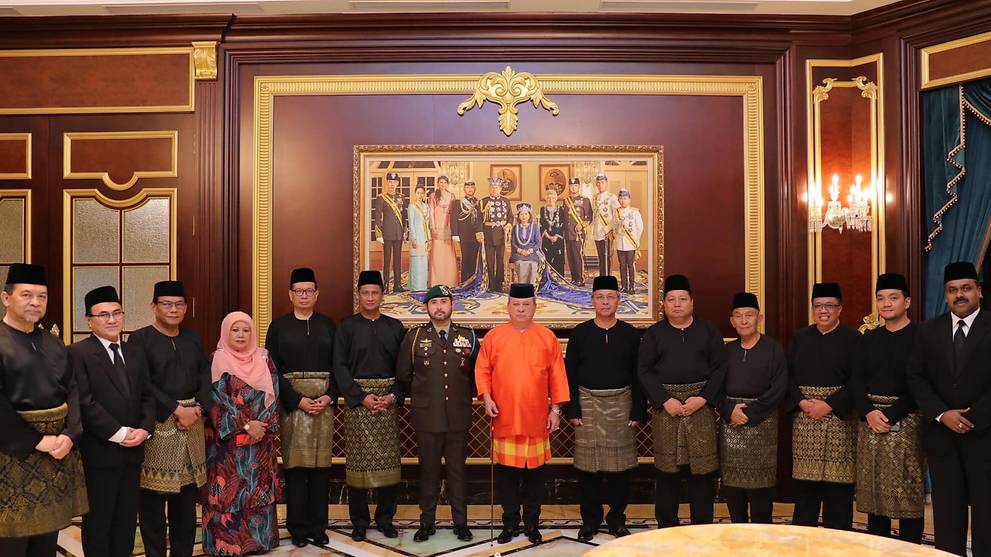 JOHOR BAHRU: For the past one-and-a-half years, pineapple farmer Roslin Abdullah has been worried about the political situation in Johor.

“For all my life, I’ve only known UMNO as the government. They fought for the rights of the Malays in Johor and the rest of Malaysia. I was not convinced that PH would fight for us,” said the 52-year-old recounted.

UMNO, which is part of the Barisan Nasional coalition, had governed Johor since Malaysia’s independence till 2018. The southern state is the birthplace and traditional bastion of UMNO. It is also regarded as a barometer of support among Malay-Muslims.

Many of them, like Mr Roslin, are believed to be buoyed by the recent turn of events on the political front, which has seen a resurgence of UMNO in both the federal government as part of the ruling Perikatan Nasional coalition, as well as in Johor state government.

Mr Roslin expressed hope that the new Johor state government, helmed by UMNO’s Hasni Mohammad as chief minister, would bring back policies that would benefit the Malays and indigenous groups, known as Bumiputeras.

Others, however, are concerned about the potential marginalisation of the minorities.

Mr Roslin said this was a good sign of things to come from the new Johor state government.

“The Felda settlers in Johor need to be given priority. That’s the way it should be,” he added.

Under Malaysia’s constitution, Bumiputeras benefit in a number of ways, such as cheaper housing, quotas for university, scholarships, government contracts and shares of listed companies.

Another resident, Mdm Kamsiah Mansor who lives in Felda Air Tawar, told CNA that she felt the PH state government abandoned affirmative action programmes that were targeted at Bumiputeras.

“When PH was in power, they focused on policies to boost tourism and the economy but not rural folks like us. In fact, under PH, there were a lot of issues, like the Pasir Gudang (pollution incident) as a result of (illegal) dumping at Sungai Kim Kim. A lot of Malays were affected by that,” she added.

The Pasir Gudang incident in March last year left hundreds of people hospitalised, including many school children due to illegal dumping of waste at the Kim Kim river.

“The new government has said they will clean up the rivers. This is important as many Johorean Malays are fishermen,” she added.

WE ARE MINDFUL OF ALL RACES: JOHOR CHIEF MINISTER

At the sidelines of his press conference on Wednesday, Mr Hasni told CNA that expanding the tax rebates so that more Felda landowners could benefit was a signal that the new government was not abandoning the Johor Bumiputeras.

“We are confident that the Malay rural folks will benefit and we want to lower the financial burden for Felda landowners,” said Mr Hasni.

However, he added that the state government was mindful of Johor’s unique multi-ethnic community and will ensure that everyone who needs aid, regardless of race, will be able to get it.

“Johor is a state that has a multi-racial composition, around 55 per cent to 56 per cent are Malays, 30 per cent are Chinese and the rest are Indians. It’s a unique state, so we are aware of this and the appointment of our exco has mirrored that to represent the various minorities,” said Mr Hasni.

Among the 11 new Johor state exco members appointed, nine are Malay Muslims, one is Chinese and one is Indian.

Some Johor residents are concerned that this may not be an accurate representation of the state’s ethnic composition. They say that the rights of minorities and the issues they face may not get the required attention.

Fisherman Toh Kok Siang, who lives in Kampung Ayer Masin near Pulau Kukup, said he thinks the concerns of the Chinese community will be lower on the agenda.

“They will prioritise the needs of the Malays first, but this is expected. There is only one Chinese in the new exco. It is going to be more difficult for the poor Chinese population to qualify for public housing, get jobs and education subsidy in Chinese schools. It’s back to the old days when UMNO was in power,” said Mr Toh.

“At least PH had more Chinese state exco members, who could better understand and identify with the minority sentiments,” he added.

Skudai assemblyman Tan Hong Pin, who was exco chairman for Local Government, Science and Technology, was dropped from the line-up after the team was revamped in April 2019.

Others are more sanguine.

Mr Dennis Lim, who owns a homestay in Kampung Ayer Masin, said that he was optimistic that the minorities in Johor could be better served because both federal Members of Parliament (MPs) from the Malaysian Chinese Association (MCA) have been appointed in Mr Muhyiddin Yassin’s Cabinet.

Mr Lim said both these appointments were a good sign that “Chinese voices would be represented in Parliament”.

He expressed hope that both these MPs would represent the concerns of the Chinese population, in particular boosting tourism in Kampung Ayer Masin. The area, which was popular among tourists, has become deserted since the spread of COVID-19.

“It’s a dead town now. Our businesses are all struggling. Hopefully our MP Dr Wee can help raise this so the government can help us,” said Mr Lim.

READ: Commentary – A multiracial Malaysian agenda is not only necessary. It is desirable

Despite this, the Democratic Action Party (DAP), a component party for PH, has questioned whether ethnic Chinese and Indian MPs in the ruling coalition, both at the state and federal level, are able to represent the minorities effectively.

“Even though I’m from PH, I think Dr Wee is a good MP. He wants to help the Chinese population living here (in Kampung Ayer Masin),” said Mr Ong.

“But he doesn’t have much say, MCA does not have much power in the Perikatan Nasional coalition. Dr Wee’s hands are tied,” he noted.

On the new state government, Mr Ong said Johoreans should wait and see if it will be able to govern well.

“We want to see resources being allocated to all schools fairly, even Chinese-language schools. PH was good, they channeled resources properly. We are scared that with the new government, there will be an unfair distribution of resources,” said the seafood restaurant owner.