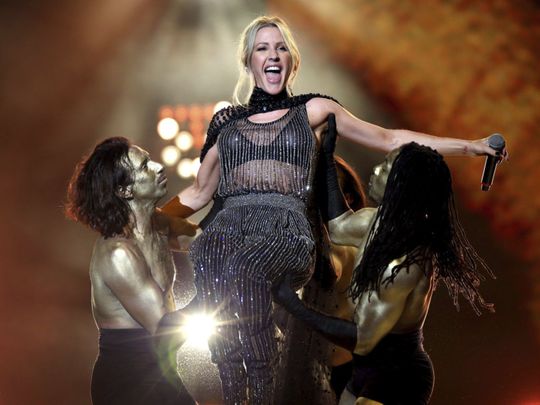 Singer Ellie Goulding says her addiction to exercise took over her life.

In an interview with The Sun, the singer, 33, opened up about how she felt she had to go to the gym every day and how her husband and former Olympic rower Caspar Jopling helped her overcome her addiction.

“I don’t consider myself to have an addictive personality but I felt as though I did at one point have a gym addiction that was just not fun, I felt I had to go to the gym every single day,” Goulding said.

“I don’t know whether it was a survival thing, because touring was so tiring, so hard, really taxing on your body and your mental health. I felt as though it was a survival instinct to be working out all the time, making sure I was super fit, super healthy and tried to counteract having drinks on tour and perhaps not eating very well,” she added.

Last year, Goulding said that she nearly quit music after 10 years of touring left her with anxiety.

She took a four-year hiatus after her 2015 album but Jopling, 28, helped her “rediscover” her passion and create a healthy relationship with exercise.

The singer said she saw “touring as real life” but felt really “inspired by Caspar’s amazing willpower and determination”.