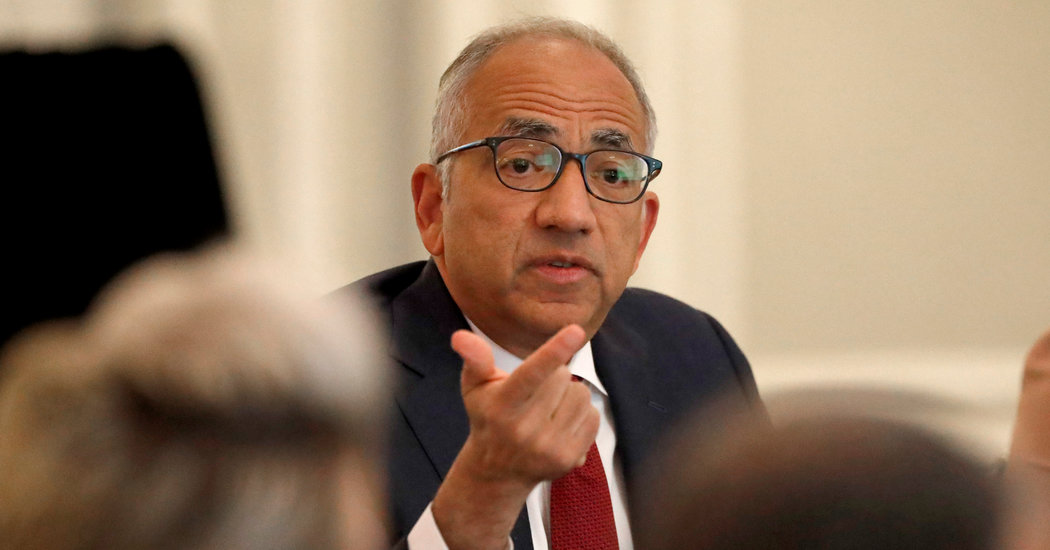 Cordeiro said he was ultimately responsible for U.S. Soccer’s legal strategy and for its language in a much-criticized document in the equal pay and gender discrimination lawsuit filed last year by 28 members of the United States women’s national team. He said the language in the federation’s court documents, made public late Monday, was “unacceptable and inexcusable.”

“I did not have the opportunity to fully review the filing in its entirety before it was submitted, and I take responsibility for not doing so,” Cordeiro said in a letter he posted on his Twitter account.

The federation’s lawyers have consistently denied the players’ claims, and their language and strategy to minimize the players abilities and skills had been deemed so offensive that the team took to selling apparel emblazoned with quotes from their depositions. But U.S. Soccer’s legal filing late Monday night was seen as the final straw in 12 months filled with embarrassing and self-inflicted errors.

The filing opposed the women’s team’s motion for partial summary judgment in the lawsuit. U.S. Soccer argued “the job of MNT player carries more responsibility within U.S. Soccer than the job of WNT player,” using the abbreviations for the men’s and women’s national teams. The federation also argued that the job of a men’s team player “requires a higher level of skill based on speed and strength.”

The backlash was furious, and not just from the players, who took the field in a match against Japan on Wednesday night with their jerseys on inside-out — hiding the U.S. Soccer crest.

Five of U.S. Soccer’s biggest sponsors — Coca-Cola, Volkswagen, Budweiser, Visa and Deloitte — condemned the federation’s legal tactics. In a statement, Volkswagen said that it was “disgusted” by the positions taken, calling them “simply unacceptable.”

And three members of U.S. Soccer’s board of directors publicly condemned the organization’s comments. Don Garber, the commissioner of Major League Soccer and a longtime board member, said in a statement that he had personally expressed to Cordeiro “how unacceptable and offensive I found the statements in that filing to be.”

Cordeiro became president two years ago, after a contested and acrimonious election at a time when U.S. Soccer was at one of the lowest points in its history. Months earlier, the men’s national team had suffered an embarrassing loss to Trinidad and Tobago, failing to qualify for the World Cup for the first time since 1986. Several candidates announced campaigns to challenge Sunil Gulati, the U.S. Soccer president since 2006, with many promising radical changes to the federation.

Cordeiro — at the time the U.S. Soccer vice president and Gulati’s right-hand man — surprisingly threw his hat into the ring, and Gulati later decided not to run for re-election. Cordeiro was elected on the third ballot, after a speech that promised change.

“Today the status quo is unacceptable,” he said at the time. “U.S. Soccer needs to change. Transformational change. The vote comes down to one simple question: Who can actually deliver that change?”

While there have been successes — Cordeiro led a winning campaign to bring the 2026 World Cup to North America, and the women won last year’s World Cup — the organization has seemingly lurched from crisis to crisis during his tenure.

After prioritizing the World Cup bid, U.S. Soccer took more than a year to hire a new coach for the men’s national team, and the choice of Gregg Berhalter immediately brought accusations of nepotism because the organization’s chief commercial officer at the time was Jay Berhalter, Gregg’s brother.

Dan Flynn, U.S. Soccer’s longtime chief executive, announced 18 months ago that he was stepping down, and the organization has yet to replace him. Jay Berhalter was seen as the leading candidate, but his chances were torpedoed after U.S. Soccer staff members waged a covert campaign against him.

Berhalter has since left the organization.

Besides the equal pay lawsuit, U.S. Soccer has been sued by a number of other parties in recent years, including the North American Soccer League and the U.S. Soccer Foundation, a charity.