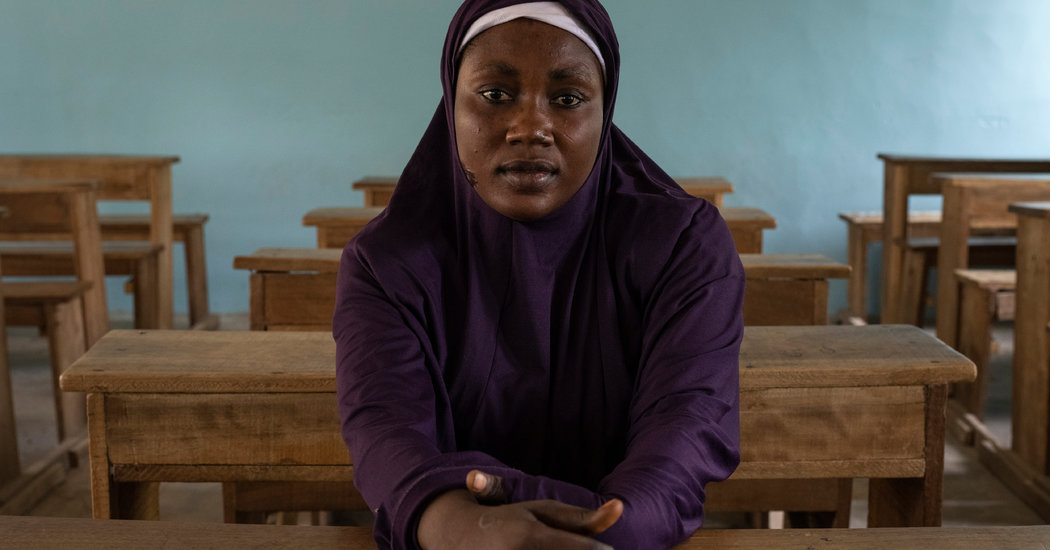 Balaraba was 19 when she was kidnapped from her home in northeastern Nigeria by Boko Haram militants. With murderous blows from their machetes, they made her a widow and a captive.

Boko Haram has abducted an unknown number of women and girls like Balaraba to be brutalized, raped and forced into service by their captors. You may remember the Chibok girls, more than 250 students kidnapped nearly six years ago from a school in the same region of Nigeria where Balaraba lives. Their abduction opened the world’s eyes to Boko Haram’s campaign of terror.

The Nigerian army has had mixed results fighting Boko Haram, which is often better equipped than the military. Civilian volunteers have taken up arms to help protect their homes and try to rescue the thousands of Nigeria’s daughters, sisters and mothers who are still missing. Often, these captives are forced to marry fighters or turned into suicide bombers. Balaraba was given explosives to detonate at a mosque, a market in Maiduguri and other targets, but she found ways to get out of her missions before she was eventually rescued.

“The Weekly” follows Balaraba as she rejoins a community struggling to cope with the trauma of losing a generation of women.