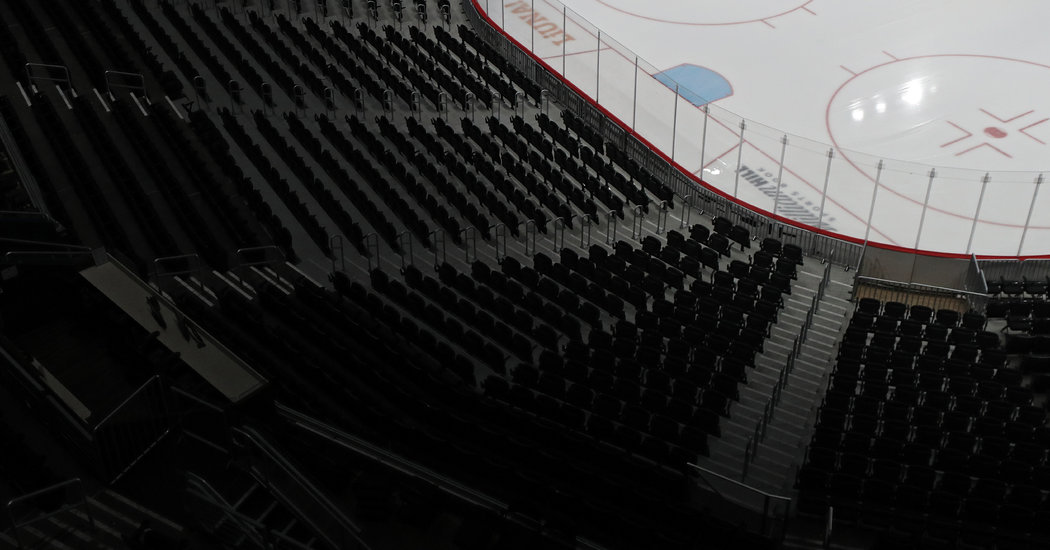 To make sense of all this, I called Dr. Thomas R. Frieden, the chief executive of Resolve to Save Lives, a former New York City health commissioner and President Barack Obama’s director of the Centers for Disease Control and Prevention. Frieden cannot guarantee a canceled N.B.A. season — any canceled season — will make a huge difference; he is sure only that if “this virus is bad and if we didn’t act, that would be indefensible.”

He divides closures into gray areas and no-brainers. Madison Square Garden, Staples Center and similarly large amphitheaters fall into the latter category. “These arenas cannot have spectators,” he said. “That would be completely irresponsible.”

What of outdoor sports? He paused. Sunlight, he noted, is a fine disinfectant, and transmission is much lower outdoors. If baseball and soccer games are played in daylight — who could object to that? — and not under a dome, he sees a window for safe play, even if fans have to remain at home on their couches.

Lost games will exact great cost. Closed arenas mean lost ticket, television and radio revenues. Sports profits and salaries are munificent, and one cannot survive without the other. But Frieden told me we have no choice. “The more we can tamp down the epidemic,” he said, “the more quickly we can protect the economy.”

Perhaps the greater loss in the season of 2020 will be those for whom the hourglass will run out of sand.

Ryan Zimmerman has had a 15-year celebrated career with the Washington Nationals, and last season he finally played in a World Series, hitting a home run and holding aloft a championship trophy. He gave thought to retirement but returned for perhaps a final run with the only team he has ever played for.

Is this how it ends?

Carlos Vela, the Mexican forward for Major League Soccer’s Los Angeles F.C., is still swift and brilliant at 31. But a lost season is lost time. And what of LeBron James? At 35, he is playing one of his grandest seasons, his court smarts compensating for any athletic erosion. James will return when the N.B.A. does, but who is to say if age will finally track him to the ground?