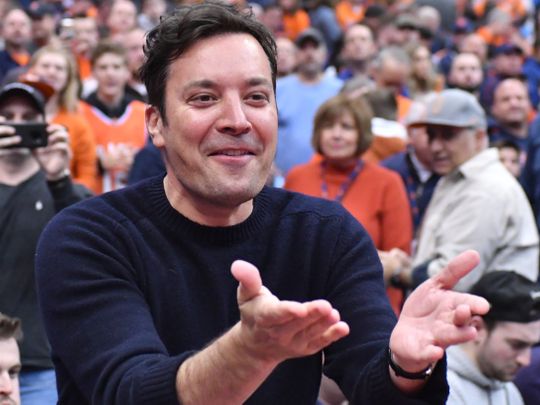 In one of the more significant moves in late-night TV this week, ‘The Tonight Show Starring Jimmy Fallon’ and ‘Late Night With Seth Meyers’ will now go dark next week and remain so through at least the end of the month, NBC said Thursday.

The decision, which comes as Hollywood grapples with concerns surrounding the coronavirus pandemic, reflects a shift from Wednesday’s announcement that the two shows, along with a number of other New York-based programs, would begin taping without live audiences starting on Monday. Los Angeles-based talk shows ‘The Late Late Show With James Corden’ and ‘Jimmy Kimmel Live!’ announced similar measures on Thursday.

Both ‘The Tonight Show’ and ‘Late Night’ will suspend production beginning Friday. They were already scheduled to go on hiatus the week of March 23. The earliest a new episode could be taped would be March 30 but no decision has been made about when production will resume. NBC said it will continue to monitor the situation closely in determining when to shoot future episodes.

CBS’ ‘The Late Show with Stephen Colbert’ also changed course on Thursday, taping without an audience days earlier than planned after the news that Broadway would go dark at 5pm T.