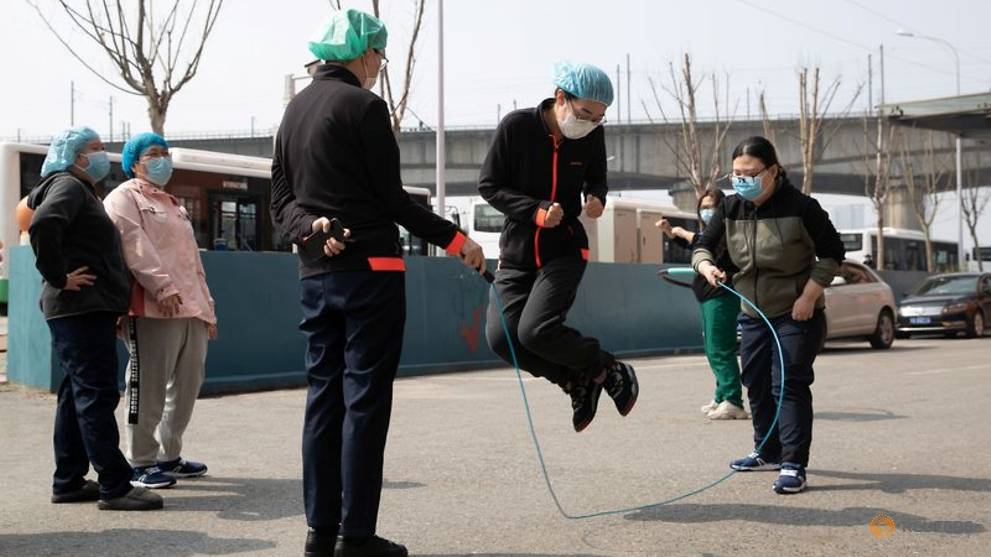 BEIJING: As the rest of the world is engulfed in the COVID-19 pandemic, China says it has turned the tide against the disease that has killed thousands of people.

From initial attempts to cover up the outbreak to later locking down cities and now declaring it “basically curbed”, here is a look at how China grappled with COVID-19:

The first case emerged in the central city of Wuhan on Dec 8 before several workers at Huanan Seafood Wholesale Market began to fall sick with a fever.

But officials insisted there was no evidence of human-to-human transmission and that it was “preventable and controllable”.

A day later, eight people were reprimanded by Wuhan police for “spreading rumours” about the then mysterious disease.

There had been social media talk of a re-emergence of SARS, another coronavirus, which killed nearly 650 people in mainland China and Hong Kong in 2002-2003.

Li Wenliang, a 34-year-old ophthalmologist at Wuhan Central Hospital, was among those punished for raising the alarm.

The number of cases in Wuhan jumped to 44 on Jan 3 and health authorities in Hong Kong and Singapore issued travel alerts.

China announced the existence of a “new type of coronavirus” on Jan 9 and the first death two days later.

But between Jan 5 and 17 China reported no new cases of the virus, while Japan and Thailand declared their first infections.

During this time, Wuhan and Hubei province pressed ahead with their annual legislative meetings despite the outbreak.

Meanwhile, doctors were ordered to keep quiet about the virus and evidence of human transmission they had seen, according to an interview with Ai Fen, one of the earliest medical whistleblowers on the outbreak and a colleague of Li.

An annual mass banquet for 40,000 families organised by Wuhan authorities went ahead on Jan 18.

The same day Beijing sent a team of scientific experts to Wuhan to investigate.

On Jan 20, President Xi Jinping ordered that the virus be “resolutely contained” in his first public comment on the issue.

Human-to-human transmission was finally confirmed by a leading Chinese expert that day.

This marked a major turning point in the epidemic, with 291 infections reported nationwide.

Panic took hold in Wuhan, a city of 11 million, when it was abruptly placed on lockdown on Jan 23. The rest of Hubei province was sealed off in the following days.

Wuhan hospitals, inundated with patients, reported dire shortages of medical supplies. Many who could not get timely treatment for themselves or relatives relayed personal tragedies on social media.

The virus spread as hundreds of millions of people travelled across the country and abroad for the Lunar New Year holiday, before travel curbs were imposed.

On Jan 30, the WHO declared the outbreak a “global emergency”.

On Feb 7 the Wuhan medical whistleblower Li died from the coronavirus, triggering a wave of public grief and anger.

Many grievances against the authorities were swiftly censored on social media.

Days later, four high-profile local officials were purged and replaced to appease public disquiet – including the Communist Party secretaries of Wuhan and Hubei.

The province recorded a huge jump of 14,840 new infections on Feb 13 due to a change in diagnostic criteria, raising questions about the credibility of China’s data.

Xi, usually a ubiquitous presence on state media, remained out of the spotlight.

But on Feb 15 Beijing released a speech by Xi showing he had urged officials to contain the outbreak as early as Jan 7 – well before authorities announced human-to-human transmission – in an attempt to boost the leader’s public image.

In late February and early March, the number of new cases in Hubei and other parts of China steadily declined as outbreaks flared up in Italy, Iran and South Korea.

On Mar 10, Xi visited Wuhan for the first time since the outbreak began, suggesting the Communist Party was confident it had the situation under control.

Wuhan officials touted the sealing off of all residential estates from Feb 11 as “critical” in curbing the spread in the city, although some experts believe it led to more cross-infections within households.

After more than 4,600 deaths and 126,000 infections across the country, China is now trying to reshape the global narrative in response to overseas criticism, casting itself as a leader in the heroic fight against the virus while other countries struggle to cope.