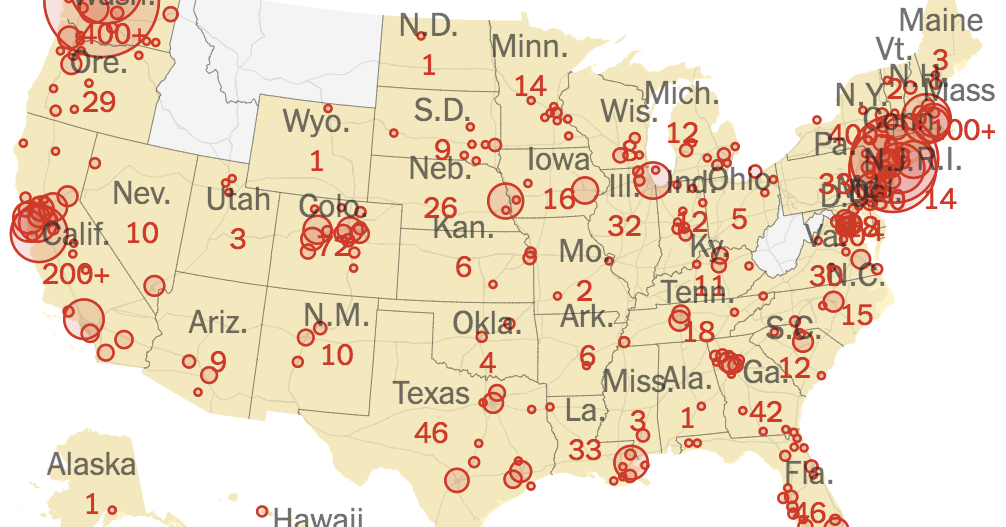 Some doctors in northern Italy are already unable to treat every patient, effectively leaving those with lower chances of survival to die. “The outbreak has put hospitals under a stress that has no precedents since the Second World War,” said one hospital director in Milan.

In California and Washington, two of the first states in the U.S. to deal with large numbers of coronavirus cases, nurses have had to beg for masks and clearer treatment protocols. At a Seattle-area hospital where 15 coronavirus patients died, they used menstrual pads to refurbish gear, called quarantined staff members back to work and reused face shields that were cloudy with bleach residue.

Still, health care workers call in to say, “If you need me, I’m available.”

‘School is a city we provide to kids’

Public schools in Oregon, Ohio, Michigan, Maryland, Kentucky and New Mexico have been ordered to close by next week. Countries like Italy, China, South Korea and France have shuttered schools for days or weeks on end.

All told, hundreds of millions of students around the world missed class today.

The tough decision to shutter schools is now under the microscope in New York City, where Mayor Bill de Blasio is resisting increasing pressure to close the nation’s biggest school system.

While there is evidence that school closings can slow the spread of disease in a pandemic, it comes at a cost: Sending students home makes it harder for vital health care staff members to go to work. And in New York City, around 750,000 of its 1.1 million students are living in poverty, including roughly 114,000 who are homeless.

Schools don’t just provide an education, but also food, mental health care and other services. As one Indiana teacher told our education reporter Dana Goldstein, “If you think about it, the school is a city we provide to kids.”