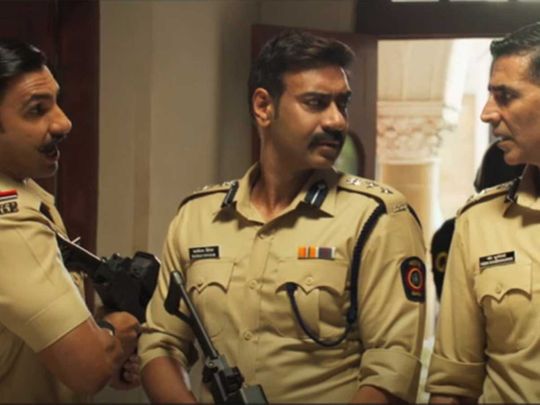 The release of Bollywood’s star-studded film ‘Sooryavanshi’, starring Akshay Kumar, Ranveer Singh, Ajay Devgn and Katrina Kaif, has been postponed due to the coronavirus health scare, confirmed its makers.

“We have been as excited as you are to present the film to you and your family, but due to the recent outburst of the COVID-19 (Coronavirus), we the makers, have decided to postpone the released of your film Sooryavanshi, keeping in mind the health and safety of our beloved audience,” said a message posted on its production house Reliance Entertainment’s social media page.

‘Sooryavanshi’, directed by Rohit Shetty, was slated for March 24th release globally, but has been put off indefinitely due to the virus scare.

The postponement is a natural development as cinema halls in Delhi will remain shut until March 31. Many other Indian states are likely to follow suit to contain the virus outbreak.

‘Sooryavanshi’s postponement is likely to be the first film in the string of summer releases that are likely to be postponed. Releases such as cricketing biopic ‘83’, starring Ranveer Singh as Indian cricketing legend Kapil Dev, is also likely to change its release date.