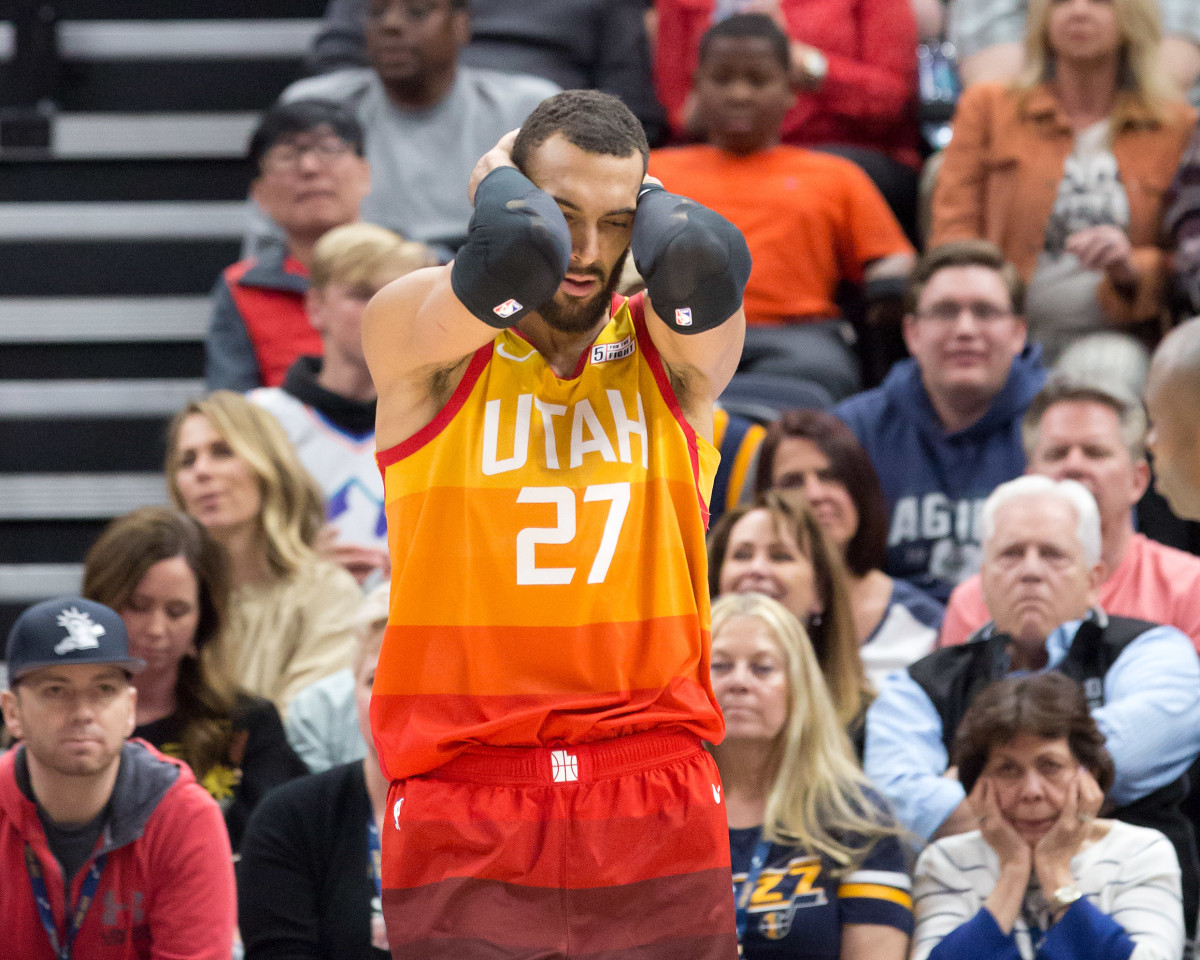 Jazz center Rudy Gobert apologized for potentially exposing others to coronavirus before he tested positive for the disease on Wednesday.

“The first and most important thing is I would like to publicly apologize to the people that I may have endangered,” he wrote in an Instagram post. “At the time, I had no idea I was even infected. I was careless and make no excuse. I hope my story serves as a warning and causes everyone to take this seriously. I will do whatever I can to support using my experience as way to educate others and prevent the spread of this virus.”

Gobert touched the microphones of every Jazz beat reporter to make light of the virus and helped contribute to the infection of teammate Donovan Mitchell, who tested positive on Thursday.

After Gobert tested positive on Wednesday, the NBA suspended its season indefinitely. The NHL, MLB and virtually every other major American sports league followed suit.

ESPN’s Adrian Wojnarowski reported Thursday that Mitchell had contracted the infection as well, and that, privately, Jazz players said Gobert was careless in willfully touching teammates and their belongings.

“I have gone through so many emotions since learning of my diagnosis…mostly fear, anxiety, and embarrassment,” Gobert wrote.

Gobert also said he was “under great care” and that he would fully recover from the illness.

The two-time Defensive Player of the Year later said that he is expected to make a full recovery.