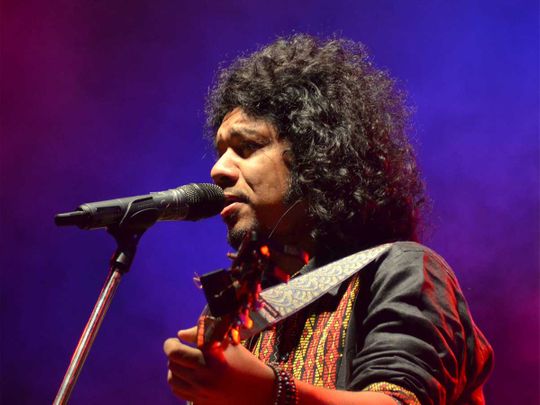 New Delhi: Singer Angaraag Mahanta, popularly known as Papon, has teamed up with legendary lyricist and poet Gulzar for a single.

“I feel really blessed to be working with Gulzar saab. He is writing one song. He showed so much love to me and said ‘beta aur karte hai (let’s do more). If I will write for you then my health will be good’,” Papon told IANS.

The “Moh moh ke dhaage” singer also got the “biggest compliment” from the veteran lyricist. &gt;

“He said ‘mere zindagi ka jo graph hai… jiske saath kaam kia woh complete nahi hota agar Papon ke sath kaam nahi karta’ (My life’s graph would have been incomplete had I not worked with Papon). It’s a nice high. I got that extra boost,” added the singer about Gulzar, who has worked with A.R. Rahman, Vishal Bhardwaj, Pritam and Arijit Singh, among others.

Papon, who recently performed in Delhi, is tied up with multiple projects, but he hopes to release this single before April.

Talking about his other songs, he shared: “There’s a movie called ‘Babloo Bachelor’. I have a nice song in it by (composer) Jeet Gannguli. I have sung more Bollywood songs but I don’t know when they are going to release.”

“I am also working on 500-600-year-old music from Assam. It’s like classical music. It hasn’t been documented, more like passed on by word of mouth. I have been interviewing people about it for the last three years. I am making a film on it.”

He has also started working on his ghazal album.

“I have three-four ghazals already ready. We will start shooting by March and then I’ll start releasing my ghazal singles,” said Papon.