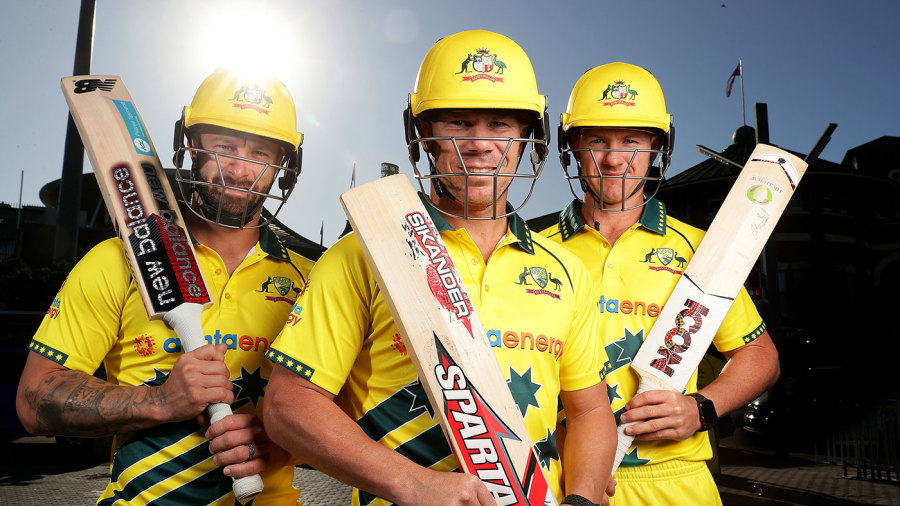 Coronavirus is throwing sport events around the world into doubt, with many already suspended, and the impact is likely to be felt in Australia soon but, for now, the home international cricket season is set for an unseasonably late return with the Chappell-Hadlee series back after a gap of three years.

Logically this would have been played after the Test matches in January, but Australia instead had to head to India for a one-day series. Since then, they have also been to South Africa and this late-season return to home puts a final stamp on what has been a disjointed men’s summer.

This will be the last one-day series the two teams play before the ICC ODI league launches in May, part of the pathway for qualification to the next 50-over World Cup, adding some much-needed context to bilateral ODIs. For now, this remains a private battle by the trans-tasman rivals with Australia trying to regain the Chappell-Hadlee which has been in New Zealand hands since their win at home in 2017.

New Zealand come into the series as the in-form side, having beaten India last month while Australia are on a run of five consecutive losses as their ODI limitations were exposed on the road. Justin Langer has admitted his team are weary but they have the motivation of trying to finish the home season unbeaten after T20I and Test success.

Although three years away, there are also glances towards the next World Cup with players trying to ensure they remain in the selectors’ plans.

Mitchell Marsh returned to the ODI side in South Africa with limited success and he needs a good series against New Zealand to be sure of going to England in July. He made three starts with the bat – twice getting into the 30s – but could not convert into the significant score the middle order needed and was also wicketless in the three games.

Lockie Ferguson limped out of the Test series on the opening day in Perth and if he plays in Sydney it will be his first international since then. It would also come at the scene of his international debut in 2016 where he took 1 for 73. If he does get an outing, his contest with Steven Smith will be worth watching as he dismissed Smith with a short ball during the World Cup.

Aaron Finch said it was important to give the middle order a chance to bed into their roles, which suggested the same combination as in South Africa would get another opportunity, although Ashton Agar may come back into consideration on a late-season pitch. Mitchell Starc and Pat Cummins are expected to return.

New Zealand’s top five is settled while they will be able to recall Trent Boult and Lockie Ferguson after injury. Their main decision will rest around whether Ish Sodhi plays as a second spinner.

This is very late in the season for cricket at the SCG and as soon as these two matches are completed, the groundstaff will be transforming the venue into an AFL arena. It is unlikely that the pitch will have much pace and may offer some assistance to the spinners. The forecast for Friday is good, less so over the weekend

“The results aren’t improving but we feel having a bit more stability in that middle order will give them a chance to keep batting together a bit more and build those relationships in the middle. At the end of the day it comes down to the top three, as experienced players myself, Davey and Steve haven’t got as many runs as we should’ve so that’s where the buck stops.”
Aaron Finch on Australia’s batting

“Rotation is never a word I’ve enjoyed too much, it’s more about horses for courses and putting out the best team suited to that. The one-day side has been tracking nicely but you don’t look back too much on past performances because conditions can vary so much. Our plans may be slightly different over here looking at the surface.”
Kane Williamson on how the side may shape up