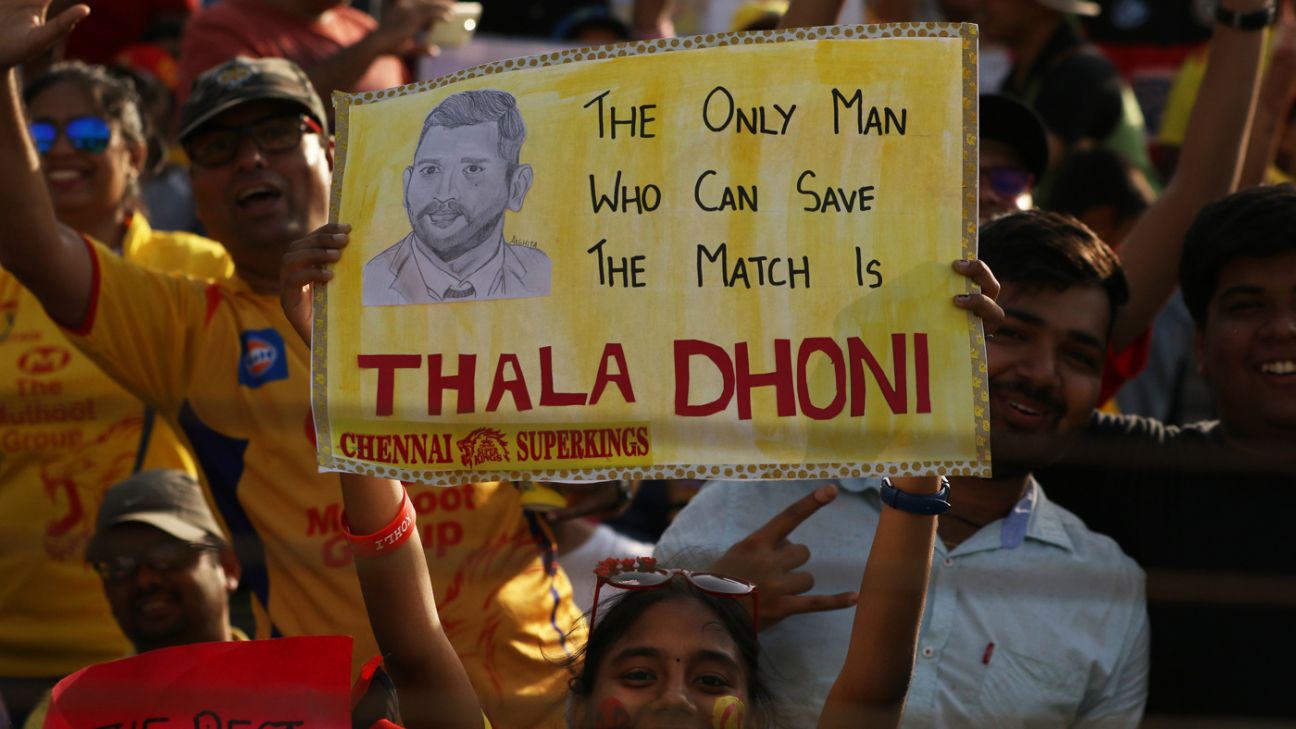 The fate of the IPL will be up for discussion with the tournament’s Governing Council set to meet on March 14. With the World Health Organization (WHO) declaring COVID-19 (novel coronavirus) as a pandemic, there is growing concern over whether or not the IPL should go ahead as scheduled from March 29.

Even if the tournament were to go ahead, the participation of overseas players is in doubt, with the Indian government suspending all visas – except diplomatic, official, employment and certain other kinds – until April 15. Foreign players and coaches visiting India for sports events such as the IPL are granted a B-Sports visa – it is not yet clear whether these also stand suspended.

On Thursday, the eve of his team’s first ODI against New Zealand in Sydney, Australia captain Aaron Finch said he hadn’t heard any updates from the IPL on the coronavirus front. Finch is set to play for Royal Challengers Bangalore in IPL 2020.

“The franchises have been great in updating players pretty much daily on how that looks and will effect anything going forward,” Finch said. “We are just concentrating on tomorrow, I know it’s difficult when it’s a pandemic now. It’s going to be tough, no doubt they’ll be some restrictions in place for teams, fans and grounds.”

Sporting events across the world have been affected by the spread of the coronavirus. On Wednesday, the NBA suspended its 2019-20 season after a Utah Jazz player tested positive. Serie A also stands suspended until April 3, following a directive from the Italian government; until then, its last few sets of matches had been played behind closed doors.

“It would be weird to play in an empty stadium, no doubt,” Finch said, when asked about the prospect of playing behind closed doors. “You get so accustomed to the atmosphere of the fans who ride the momentum, especially at home with the Australian fans who support us so well. If it comes to that we’ll wait and see, I saw the NBA being suspended for the near future. It’s interesting to see, not ideal obviously. A lot of people effected which is unfortunate.”

COVID-19 is a respiratory illness which is primarily spread through contact. On Wednesday, the BCCI made its first official statement on the pandemic, which has caused over 4,300 deaths, with more than 120,000 people affected across 118 countries so far. In a media statement the BCCI said the three-match ODI series between India and South Africa, which starts on Thursday in Dharamsala, would not be impacted, and issued a wide set of dos and don’ts to all the stakeholders including teams, players, state associations, airlines and team hotels.

The BCCI said it was following the guidelines set in place by the Ministry of Health and Family Welfare on following personal hygiene and isolating in case of any symptoms of coronavirus, which have been widely circulated across all platforms.

So far, the BCCI is yet to discuss the option of postponing the tournament or playing it behind closed doors, and has been waiting for the Indian government to provide directions.

Incidentally, the Indian government has already issued an advisory asking people to “avoid” mass gatherings, which events such as the IPL fall under. “Experts across the World have advised to reduce mass gatherings to avoid the spread of COVID-19 Novel Coronavirus disease,” the advisory, which is on the health ministry’s website, says. “In view of above, it is advised that mass gatherings may be avoided or possibly be postponed till the disease spread is contained.

“In case any such mass gatherings are organized, States may take necessary action guide the Organisers on precautions to be taken as per the risk communication material already sent so as to avoid any Severe Acute Respiratory Illness (SARI) cases and Influenz Illness (ILs) including Covid-19.”