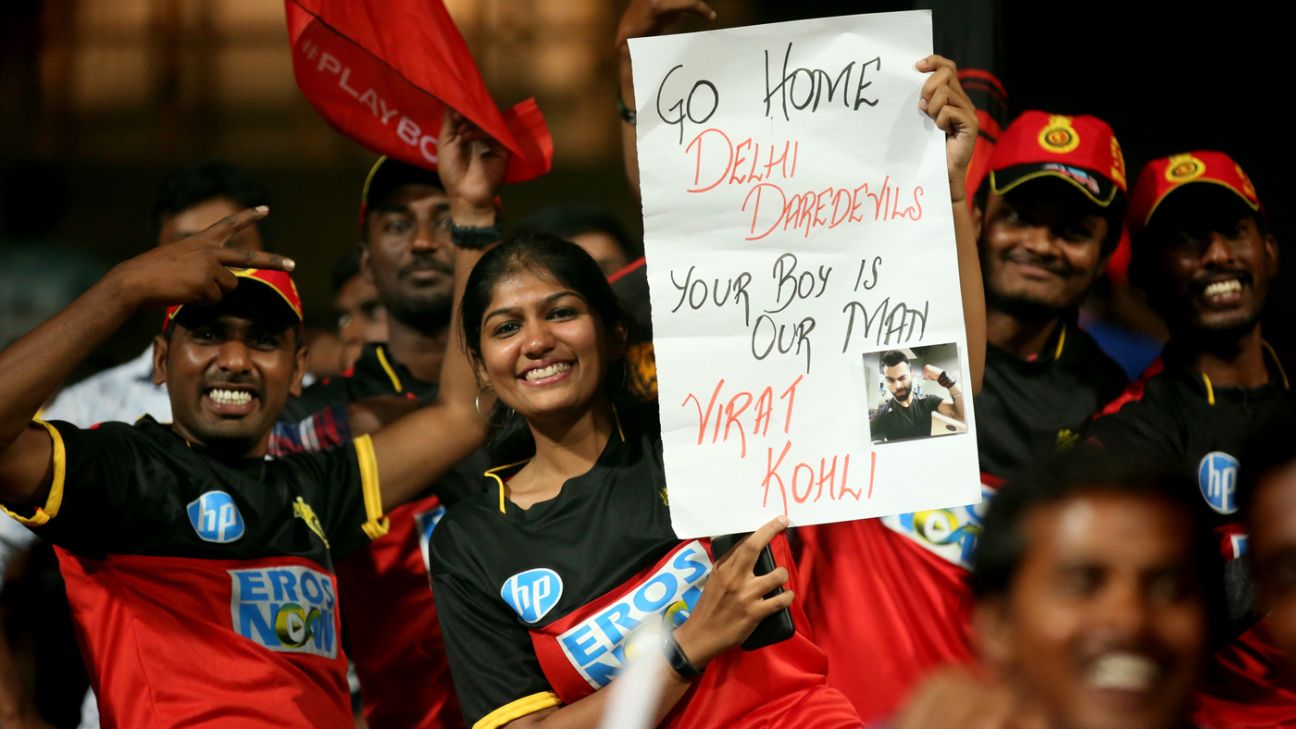 It is now a strong possibility that IPL 2020 will take place behind closed doors, in light of the coronavirus threat, with the Indian government indicating it will not stop sporting events from taking place as long as they adhere strictly to health-ministry guidelines discouraging mass gatherings.

On Wednesday, the World Health Organisation (WHO) declared COVID-19 (novel coronavirus) a pandemic.

The announcement was made on Thursday by Kiren Rijiju, India’s Minister of State for Youth Affairs and Sports. It remains to be seen how this development will affect the remaining matches of the ODI series between India and South Africa, which began on Thursday in Dharamsala. The second ODI is scheduled to be played in Lucknow on March 15, and the third ODI in Kolkata on March 18.

On March 5, the Ministry of Health and Family Welfare put out an advisory on mass gatherings, which said: “Experts across the World have advised to reduce mass gatherings to avoid the spread of COVID-19 Novel Coronavirus disease. In view of above, it is advised that mass gatherings may be avoided or possibly be postponed till the disease spread is contained.

“In case any such mass gatherings are organized, States may take necessary action guide the Organisers on precautions to be taken as per the risk communication material already sent so as to avoid any Severe Acute Respiratory Illness (SARI) cases and Influenz Illness (ILs) including Covid-19.”

Rijiju said the guidelines on mass gatherings had been overseen by a group of ministers formed by Prime Minister Narendra Modi.

“All international events in India have been cancelled,” Rijiju told reporters outside Parliament. “But we are telling sports federations, we are telling all to comply with the guidelines issued by the Health Ministry and formulated by a group of ministers which is constituted by the Prime Minister. So any sports body in India should ensure [the guidelines are followed].”

Asked specifically about the IPL, which is scheduled to start on March 29, Rijiju indicated that fans are likely not to be allowed at the grounds. “We are not stopping the game,” he said. “We are just telling to ensure that there is no mass gathering. Precautionary step is very important for the health of the country.”

Considering that IPL matches are usually attended by several thousand fans across all venues, Rijiju said the organisers would need to ensure that safety of the “people” is not put at risk. “That is the guideline,” Rijiju said. “Health of the nation is more important than anything. If matches happen the organisers would need to put in place all infrastructure including screening machines. You cannot hold a match without that.

“We are not saying anything to stop the match. We are just saying: even if they go ahead with the match, ensure that guidelines are followed. People’s health cannot be put into danger.”

The IPL Governing Council is scheduled to meet on March 14 to discuss the fate of the tournament, which was to feature several overseas players arriving from and through different parts of the globe that have been affected by the pandemic.

On Wednesday, the BCCI issued its first statement on how it was dealing with the pandemic ahead of the India-South Africa ODI series. Along with following the prescribed dos and dont’s on personal hygiene, the BCCI had asked the India players to be mindful during their interactions with fans, including not shaking hands or using third-party gadgets for selfies.

The COVID-19 pandemic has already forced the cancellation and postponement of sporting events across the globe with a few of them in India. The first major tournament to be postponed was the 3×3 basketball Olympic qualifiers, which was scheduled to be held in Bengaluru from March 18 to 22.

The Indian Open golf tournament, scheduled to be held in Gurugram from March 19 to 22, has been postponed, with the organisers promising to reschedule the event at “some point” later this year. The Shooting World Cup, in Delhi from March 15 to 26, has also been postponed, as has India’s FIFA World Cup qualifier against Qatar in Bhubaneswar on March 26. The India Open badminton tournament is going ahead as of now – in Delhi from March 24 to 29 – but without spectators.