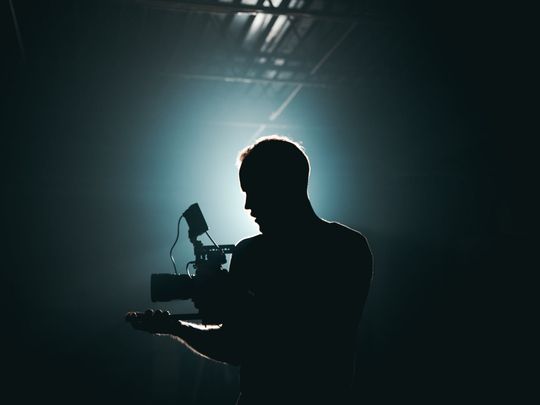 Dubai: It’s a watershed moment in Hollywood as one of its most powerful figures Harvey Weinstein is sentenced to spend his next 23 years in prison on charges of rape and criminal sexual assault.

While we hail the harsh verdict and salute the women silence breakers who spoke up in their battle for lost dignity there’s no ignoring the bleak reality the pervades Hollywood’s musically-inclined and glitzier cousin, Bollywood.

The #MeToo movement and Time’s Up clarion call had trickled down to Bollywood since 2017 as a tiny army of fierce women came forward with their stories of sexual assault by men in powerful positions. But its intensity kept fluctuating over the last two years as it blew hot and cold.

The grim reality is that in Bollywood — notorious for worshipping its heroes and side kicks as flawless idols — the alleged sexual predators continue to roam the studios freely and still manage to find work.

We seem to be light years away from enjoying a glorious moment that Hollywood is basking in right now with somebody as powerful as distributor Weinstein, who bagged Oscar winning films, being toppled and shunted away for his crimes.

While we bask in that reflected pride at kicking Weinstein in the gut, a happy ending continues to elude Bollywood. Unlike its utopian musicals and romances with fairy tale endings, life will not mimic art on the Bollywood front when it comes to sexual misconduct claims.

Consider this: We inhabit a world where alleged sexual predators like actor Alok Nath (known for his kind and cultured, refined dad roles) who was accused of rape and sexual misconduct by writer Vinta Nanda and other actresses including Sandhya Mridul continue to work in films unscathed.

He was last seen in top actor Ajay Devgn’s comedy De De Pyaar De and even plays a judge on call to pass verdicts on a fictional sexual harassment case in the yet-to-be-released Main Bhi (which means MeToo). Perhaps, its makers have a warped sense of humour, but we aren’t laughing. The joke seems to be on every one of us.

Tainted composer Anu Malik, who was accused of sexual misconduct by female singers continues to find work in films and television, even though he was temporarily dropped as a judge from a music reality show when the allegations against him broke out.

Consider this: National Award-winning director Vikas Bahl, whose credits include ‘Queen’, was given clean chit by an internal committee set up by a production behemoth Reliance Entertainment who wanted to hastily roll out their new film ‘Super 30’ starring Bollywood dreamboat Hrithik Roshan. In a bid to avoid their film being collateral damage, they hastily set up an Internal Complaints Committee (ICC) that magically cleared Bahl without following established procedures or even interviewing the witnesses. All this despite Queen’s lead actress, Kangana Ranaut making it clear that Bahl had made her feel uncomfortable on the sets of that iconic film.

Impunity seems to be a popular sentiment among those accused of sexual misconduct or creating a toxic work culture in Hindi cinema. Just like how our on-screen heroes are indestructible and infallible, those accused of sexual misconduct — even if they occupy the lowest rung in Bollywood popularity and power food chain — continue to walk with their heads held high while the women who mustered up the courage to speak up hang their heads in shame.

As actress Radhika Apte puts it pragmatically during a recent interview with this journalist that Bollywood is still trying to find its bearings when it comes to #MeToo and how to tackle the tiny army of silence breakers who step forward with their experiences of sexual misconduct.

“There are so many people whose names haven’t come out yet. People have taken sides out of fear. There’s a lot that hasn’t come out,” said Apte, adding that the fear of collateral damage is still high.

Even actress Tanushree Dutta, who’s become emblematic of triggering the much-needed #MeToo movement in Bollywood when she re-visited her charges of harassment against seasoned actor Nana Patekar and four others lamented about justice being delayed in India.

“I wish this kind of effective and speedy justice against perpetrators and crimes against women happens in my native motherland India too. Here in India, it was very hard for me to even get my sexual harassment at workplace case against the very insignificant four accused rolling in court. I faced several roadblocks, pushbacks and pressures to drop the case,” said Dutta to this journalist in an exclusive interview earlier this month. She was alluding to how quickly Weinstein was put behind bars, while her alleged harassers do time by maintaining a low profile and by missing out of work.

The dichotomy between their crime and punishment is just like those glossy Bollywood musicals where everything looks perfect on the outside, but the players are all faking it till they make it.

When will Bollywood, that often apes and gets arbitrarily inspired by Hollywood films, replicate Harvey Weinstein’s fate. Just making films on consent like ‘Guilty’ and milking a popular socio-cultural moment like #MeToo won’t cut it anymore. We want more.