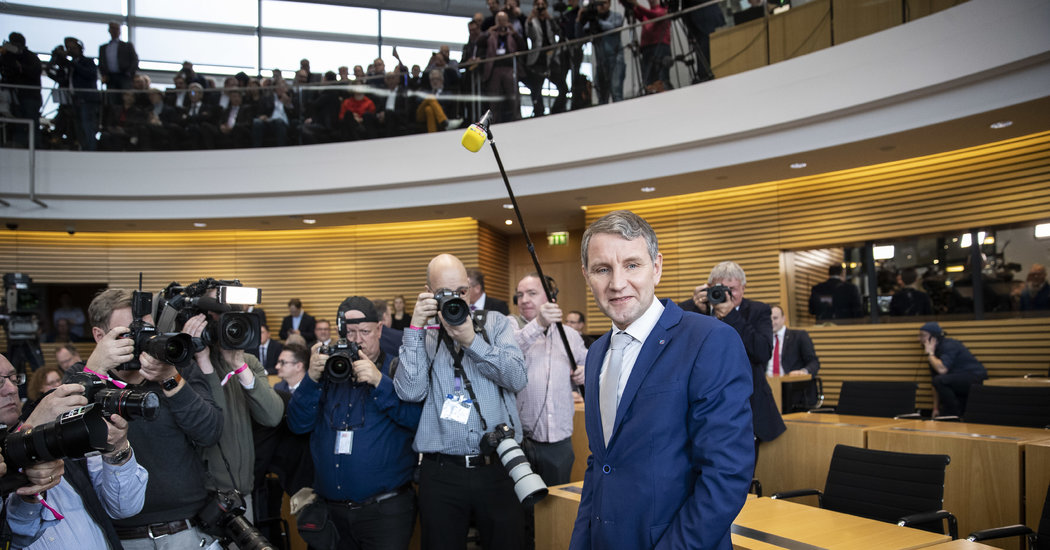 BERLIN — Germany’s domestic intelligence agency on Thursday officially classified one part of the far-right Alternative for Germany party as extremist, opening the door to place some of its most influential leaders under surveillance.

The decision focuses on a movement inside the party run by the notorious far-right firebrand, Björn Höcke, who has a well-documented history of systematically targeting migrants and liberal values, and playing down the Holocaust.

Thomas Haldenwang, the president of the intelligence agency, said in a news conference that the goals of Mr. Höcke’s wing of the party, known in fact as the “Wing,” were “not compatible with the Constitution.”

“The Wing has to be classified as having far-right extremist ambitions,” Mr. Haldenwang said.

The Wing comprises an estimated 7,000 activists across the country or about one in five members of the Alternative for Germany. They are now part of 32,000 known far-right extremists listed by the intelligence agency.

Calls to place the entire party, known by its German acronym AfD, under observation have grown louder after a series of far-right terrorist attacks linked to the kind of rhetoric embraced by the party. Last month, a gunman murdered nine people with immigrant roots in the southwestern city of Hanau.

Those killings were the latest in a series of far-right attacks at a time when the country’s democratic institutions face growing distrust and the political landscape has become fractured.