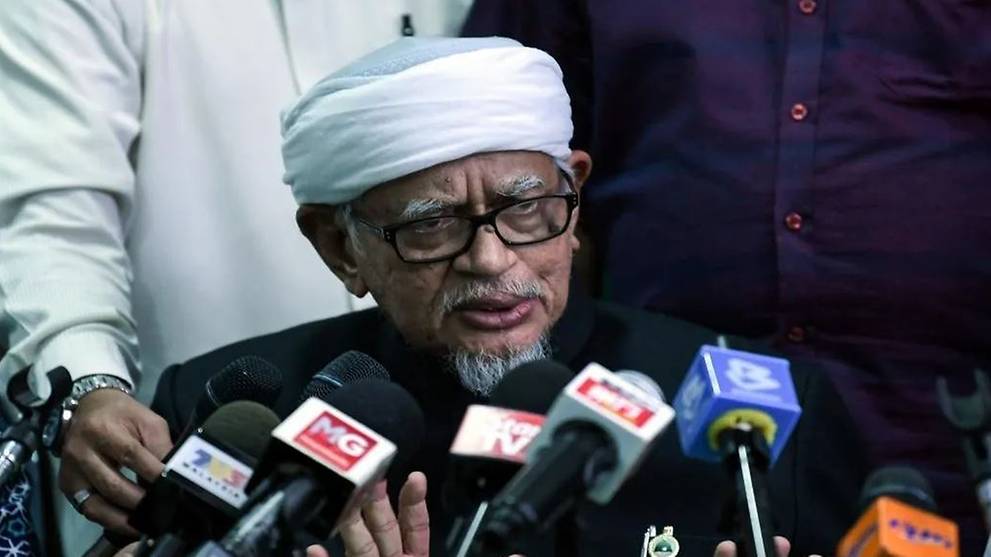 KUALA LUMPUR: Parti Islam Se-Malaysia (PAS) politicians have pledged to prove their mettle as administrators in the new Cabinet under Prime Minister Muhyiddin Yassin, while saying that they want to work towards less religious divisions in Malaysia.

Analysts interviewed by CNA, however, noted that the political office holders from the Islamist party have their work cut out for them as they navigate issues that may be foreign, while attempting to shake off the impression that they are ideologically driven.

Party president Abdul Hadi Awang said in a statement on Tuesday (Mar 10) said he would function as checks and balances for the Cabinet members from PAS.

“We now have representatives, ministers and deputy ministers who carry out executive duties in the administration (of the government).

“In order to prove the capability of PAS members as administrators and to be their checks and balances, the party needs to always oversee their work,” he said.

He said that he opted to stay out of the cabinet so that he can be a voice of reason and effectively monitor the performance of the government.

“This needs to be understood especially by PAS members themselves,” he stated.

Former Temerloh Member of Parliament (MP) Nasrudin Hassan also told CNA on Wednesday that PAS leaders should be given a chance to prove themselves.

“There is no point in arguing the appointment of these few ministers and deputy ministers from PAS and whether or not they are deserving of their portfolios.

“Ministers are not lecturers, they are leaders who bring forth the principles of their respective parties to contribute to the growth of their country. Most certainly, these Cabinet members would not make policies that contradict the Federal Constitution,” said Mr Nasrudin who is a member of the party’s central committee.

He added: “It does not make sense to attack them on the very day they are appointed to the Cabinet.

“PAS, however, is open to reasonable criticism by the people and the people have the right to reject PAS should the party fail to fulfil its duties effectively. In the meantime, however, an opportunity should be given.”

The last time PAS was represented in the federal Cabinet was from January 1973 till November 1977 when then party president Mohd Asri Muda was Land and Rural Development Minister.

PAS was expelled from the ruling Barisan Nasional (BN) coalition in November 1977.

Additionally, the MP for Setiu, Mr Shaharizukarnain Abdul Kadir said he hopes the inclusion of PAS in the Cabinet would remove religious separation among the people.

“I strongly hope the new diverse Cabinet would serve to foster unity as there are experts from all the necessary fields.

“I certainly hope with the presence of Cabinet members like Dr Zulkifli Mohamad Al-Bakri, (they) would serve to eradicate religious sentiments that previously led to racial divisions,” he said.

Dr Zulkifli is a senator and Minister in the Prime Minister’s Department in-charge of religious affairs. He was formerly the federal territories mufti.

Analysts interviewed by CNA placed high hopes on Mr Takiyuddin as the de facto law minister, noting that he was a practising lawyer.

Universiti Sains Malaysia’s Dr Ahmad Fauzi Abdul Hamid told CNA that among the three ministerial positions given to PAS, the most deserving would be that given to Mr Takiyuddin, who is the party’s secretary-general.

“It is well deserved from his specialisation. He is a lawyer and the de-facto go-to person for the party in the legal world. He has experience and expertise.

“As for the other two though, doing well in the environment and agriculture ministries would be a tall order for both of them. They would need to prove their worth in these fields which as far as we know are foreign to them,” he said.

Taking the environment ministry as an example, Dr Ahmad Fauzi said Mr Tuan Ibrahim has large shoes to fill as his predecessor was perceived as having done a good job.

“Ms Yeo Bee Yin was fairly effective as a minister. She was young and vibrant and now we have the complete contrast. It is a challenge for him (Mr Tuan Ibrahim) and he needs to do something quickly.

“He needs to understand that he can’t just quote verses of the Quran and the Hadith. He is now not only responsible for Muslims but for the whole rakyat (people),” he noted.

“I am most shocked about the environment ministry being given to PAS but I guess we will have to wait and see how he does,” he said referring to Mr Tuan Ibrahim’s appointment.

Commenting on previous efforts by PAS to push for hudud in the northeastern states under its charge, Dr Jeniri said PAS would need to be more reasonable to ensure that it is not perceived as “extreme”.

He said PAS could no longer function the way it did as an opposition party. He posited that PAS would not push for hudud at least until the next general election as it was aware of the potential negative repercussions.

“Now that they are in the Government they will need to know how to behave. They cannot behave like the opposition anymore. They need to be more pragmatic and understand the flexibility needed for a country like Malaysia.

“They can no longer use PAS’ ideologies to approach things, they need a new narrative,” he added.

Punishment under hudud law includes the cutting off of one’s hands for theft, as well as stoning to death for extramarital sex.

Dr Ahmad Fauzi, however, pointed out that considering Mr Takiyuddin’s portfolio, the party may use him to push for hudud.

“These are among the fears even among Muslims and also bearing in mind PAS based their support in past elections on religion. Their support (base) comes almost overwhelmingly from Muslims.

“Now as ministers or deputies, they need to have a broader world view and framework, not just Muslims or their constituents. So they need to understand that hudud is not a magical solution for all worldly problems. They say it solves everything, but not environmental or agricultural problems,” he said.

The hudud law was first proposed by PAS over two decades ago, when Malaysia was still under the administration of Dr Mahathir Mohamad.

However, the tabling of the Bill never quite took off as it never made it into the parliamentary order paper to be debated and discussed.

Things took a turn in 2015 when Mr Hadi announced that he would table a Bill on hudud law under the administration of Najib Razak.

The application was initially challenged as there was a legal bid to prevent the tabling of a Private Member’s Bill on hudud in parliament. In November 2015, however, Mr Hadi was able to strike out the suit.

His position on hudud fractured ties within the then opposition Pakatan Rakyat coalition.

Following this turn of events, Mr Hadi tabled a Private Member’s Bill which seeks to amend the Syariah Court (Criminal Jurisdiction) Act 1965, so that stiffer penalties would be imposed.

However, up until the surprise defeat of BN in the last general election, he only managed to read the Bill once in parliament before the Pakatan Harapan administration completely removed it from the order paper.