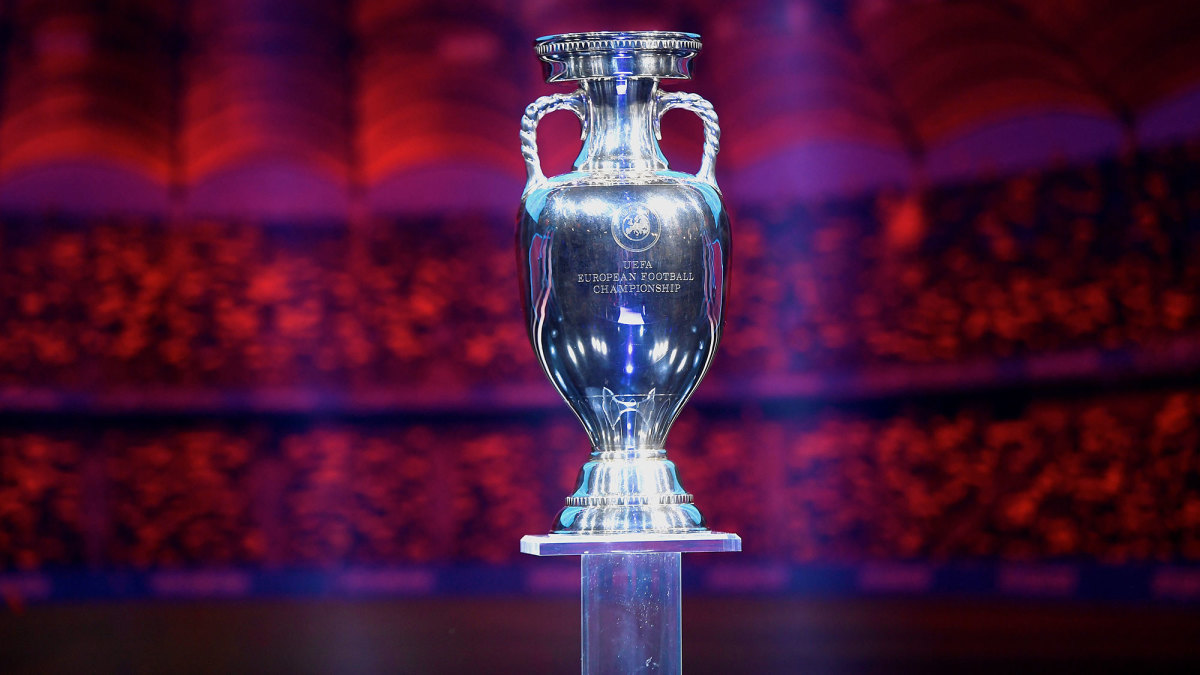 As if the last 24 hours across the global sports landscape weren’t enough evidence to make this obvious, it sure seems inevitable that Euro 2020 won’t go on as planned.

The coronavirus outbreak continues to have an increasing impact on sports around the world, especially on European soccer. The list of postponements, stadium closures, precautions and positive tests is growing by the day. Champions League matches are going on behind closed doors. Europa League matches are being rescheduled. UEFA is reportedly considering whether to suspend both competitions altogether. Euro 2020 may be three months away, but as the world continues to get a grasp on the disease and how to contain—and eventually eradicate—it, three months doesn’t seem like that much time for UEFA to properly mobilize at all.

Of all years to have a pan-European-hosted event, this is without a doubt the worst. Were Euro 2020 to be confined to one nation, perhaps proper safeguards and restrictions could be put in place to ensure the safety of all involved. But this year’s edition is supposed to span the continent for the first time in the 60 years of its existence. It’s supposed to be a celebration of the sport from Baku to Bucharest, from Glasgow to Munich, from Rome to Amsterdam and beyond.

“There is great pleasure in being able to bring Euro 2020 to so many countries and cities, to see football acting as a bridge between nations, and to carry the competition closer to the fans, who are the essential lifeblood of the game,” UEFA president Aleksander Ceferin said upon the official launch of the event in 2016.

Under just about any other circumstances, there’s merit to that. Under the current ones, the thought of having a traveling circus, with fans able to cross into 12 nations and pack stadiums, hotels, shops and restaurants at will, would be akin to 12 Trojan horses working on behalf of virus outbreak.

That’s not some germaphobic over-caution, either. The World Heath Organization has told UEFA that it does not expect the virus to be fully contained by the time the tournament is slated to kick off June 12 in Italy–where the outbreak has been more lethal than anywhere else. On Wednesday, WHO took it one step further, declaring the outbreak a genuine pandemic.

Ghebreyesus also pointed out that in the last two weeks, the “number of cases of COVID-19 outside China has increased 13-fold and the number of affected countries has tripled.” There are, according to Ghebreyesus, more than 118,000 known cases in 114 countries, with more than 4,000 deaths–and counting.

With that knowledge and empirical fact in tow, then, in what world does it make sense to go ahead with Euro 2020 as planned? How irresponsible, naive and ignorant would it be for UEFA to think that it is capable of both pulling off the tournament and ensuring medical safety for everyone from the players to the support staff to the local citizens?

Never mind the fact that four spots in the 24-team competition are still up for grabs. The qualifying playoffs are set to be held later this month, but there’s no certainty that those will take place, either. There are plans for the Ireland-Slovakia playoff semifinal to be held behind closed doors. Bosnia has asked UEFA to postpone its playoff vs. Northern Ireland. The president of the Georgia federation, whose men’s national team is supposed to face Belarus in another of the eight playoff semifinals during the March FIFA window, doesn’t think that closed-door matches are a proper solution at all.

“At a time when the global number of people infected with the virus is growing every day, playing international matches behind closed doors is not a solution, as national team players risk their health while traveling from different countries across the world,” Levan Kobiashvili said in a statement. “Each association, together with UEFA, should care for the wellbeing of the fans, as well as the footballers. This is a factor we should be talking about. Excluding the fans does not solve the problem!”

Kobiashvili has a point. While more information is learned and disseminated about virus protection, self-quarantine remains an effective means of preventing any more catastrophe than is necessary. It’s UEFA’s responsibility to protect all involved with Euro 2020, not to enable the advancement of disease outbreak. It appears to be cognizant of that fact.

“In the light of the ongoing developments in the spread of COVID-19 across Europe and the changing analysis of the World Health Organization, UEFA has today invited representatives of its 55 member associations, together with the boards of the European Club Association and the European Leagues and a representative of FIFPro, to attend meetings by videoconference on Tuesday 17 March to discuss European football’s response to the outbreak,” UEFA wrote in a statement on Thursday. “Discussions will include all domestic and European competitions, including UEFA Euro 2020. Further communication will be made following those meetings.”

UEFA’s actions thus far on the club level are indications of an organization that is paying heed to the warnings. Will that translate to the international level and a cash cow of a competition? It so desperately and obviously does not want to have its quadrennial showpiece event impacted. The economic impact will be mighty, and the logistical domino effect will be significant, too. But it’s becoming increasingly apparent that these are drastic times, ones that are not sufficiently addressed by half measures.

Playing the entirety of the competition with no fans, like the NCAA is planning on doing with its basketball tournaments, is one route to consider, though it still requires teams to travel to areas where the outbreak may not be contained and does nothing to prevent large groups of fans from congregating outside arenas, as we’ve seen occur in club competitions. What’s the point of preventing fans from coming inside the stadium if thousands will happily crowd the outskirts of it—and be enabled even further when players such as PSG’s come out to celebrate with them? It completely defeats the purpose and is antithetical to social distancing.

Postponing the competition until next year—if not canceling it outright—is another option, and increasingly looks like the smartest one. UEFA has disputed reports that member nations have requested a rescheduling, but Thursday’s statement is a clear indicator that everything is on the table. The NBA suspended its season after Rudy Gobert’s positive coronavirus test, and for good reason. There’s no telling how infected or affected others may be, and the only way to practice containment is to unplug entirely.

Daniele Rugani’s positive test is the first major domino in the soccer world, and it would be foolish to think it’s the last. He plays for the Italian national team, but his club, Juventus, is stocked with internationals from Italy, Portugal, Argentina, Poland, Brazil, Turkey, Wales, Colombia, Uruguay, the Netherlands and more. Real Madrid is in quarantine due to a basketball player’s positive test at the club, and while La Liga’s season has been put on hold, it’s still scheduled—for now, anyway—to play Manchester City in the Champions League next week. Any step aside from removing all personnel from active play, at this point, would be irresponsible.

Adjusting the international schedule–and potentially making room for club seasons to resume at a later date—would be a clear challenge. It’s not as simple as simply removing the Nations League or shuffling World Cup qualifying around. Yet those problems pale in comparison with the potential of furthering disease outbreak.

It’s difficult for any sports fans, players or organizations to contemplate losing constants in their lives. March is for the NCAA tournament. Springtime is for the end of the NBA season and the start of the playoffs. But a global pandemic like this requires a recalibration of expectations and the elimination of large social gatherings. Europe’s biggest party may have to be put on ice.